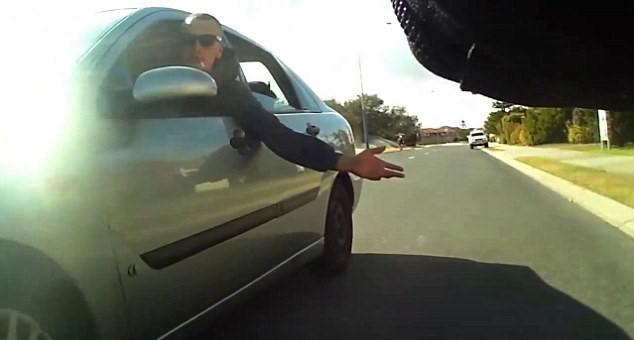 In an incident condemned by cycling advocacy groups, the passenger of a car in Western Australia slaps the bottom of a cyclist
by Elliot Johnston

The passenger of a car in Western Australia has been caught on camera smacking the bottom of a cyclist, in what cycling advocacy group Australian Cycle Alliance are indicating is not an uncommon occurrence.

The incident took place on Anchorage Drive in the city of Mindarie in the county of Western Australia.

While details are thin on the ground commenters on the video have speculated that the vehicle is a rental and will therefore be difficult to track down.

One commenter on the Facebook post by the Australian Cycle Alliance said that she'd suffered a similar incident earlier this year.

Jenica Brooke reported that the police officer she spoke to said that despite photographic evidence "intent" to hit couldn't be proved, that the driver was under no obligation to identify their passenger, and also stated that the footage Brooke provided "looked like a safe pass" according to the officer.

The Australian Cycle Alliance also commented on the issue stating that this sort of behaviour "is stupid, dangerous and has caused major crashes," and that "this passenger should be re-educated."

The statement went on to read: "We have no details yet, but we feel this is as close to a hit and run without injury, it is still a hit and run. Just another coward."

Back in 2015 a video showing a car passenger pushing a man from his bike took Facebook by storm.

The video attracted thousands of views, and the Metropolitan Police were informed of the attack.