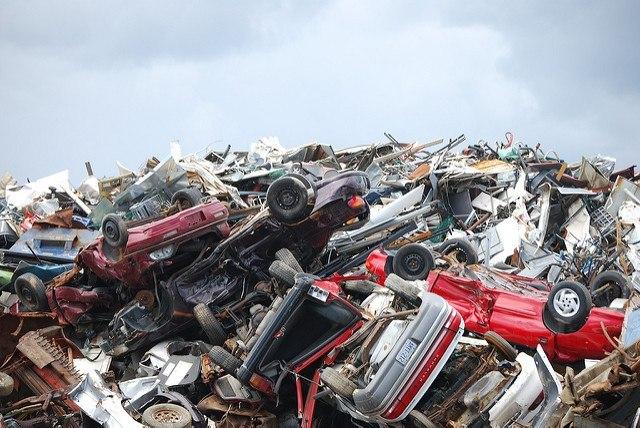 Police in North London have started using legislation which means drivers caught passing too close to cyclists twice in one year could have their car confiscated and crushed.

Last night Camden police, who have already replicated West Midlands Police's (WMP) award-winning close pass initiative, armed themselves with Section 59 forms, a piece of legislation under the Police Reform Act 2002, which allows police to seize vehicles being used in an antisocial manner.

At a House of Lords event on Tuesday celebrating WMP's successful close pass operation Gareth Walker, of Greater Manchester Police, suggested the legislation as another way to tackle bad driving. Questions were raised over why the Metropolitan Police aren't yet running a similar operation across the force as a whole, which polices 32 boroughs in the capital.

Sergeant Nick Clarke, for Camden Town and Primrose Hill Ward, who already adopted the close pass initiative on his beat, told road.cc: “He happened to mention it and everyone’s brains went: ‘do you know what, we haven’t thought of that!’.”

He said the legislation was originally intended for “boy racers screeching around McDonald’s car parks being idiots” but could be applied to any driving “causing or likely to cause alarm, distress or annoyance to the public”.

Having listened to @gmptraffic last night we are back out on #closepass & mobile phones but also using s59 notices - https://t.co/pfdIsuafBm

Sgt Clarke said the response to his updates regarding close passing drivers on Twitter support the notion it causes distress and alarm to cyclists. He said: “The tweets, and retweets I have had; I can stand up in court and say I’m repeatedly told this is why people don’t get on a bike – that this is causing alarm and distress to other people."

He said his officers will use a “graduated response” and only use them at first on the worst cases of bad driving, such as “punishment passes”.

“We don’t just come in with a sledgehammer, said Sgt Clarke, so just like the start of the close pass stuff we initially didn’t do any reporting, we were just explaining why we are doing this stuff, saying: ‘you could kill someone’.

“Then we said: right, let’s start looking at people digging their heels in, and now we are at the point where we are reporting everyone.”

#closepass not just points and a fine if you keep doing it.... pic.twitter.com/NTL2Nwrecu

He said the same process will apply for s59 reports – only the worst cases will be reported during the initial education phase.

“When I hear the engine rev behind and the person perhaps cuts me up I pull him or her over and they will be reported and will get a section 59 saying: if you do this again in your vehicle or anyone else’s that vehicle will get crushed,” said Sgt Clarke.

After the initial warning from officers, Clarke said video evidence from a third party would be sufficient to take that driver to court under section 59.

Clarke has run the operation five times in the last month or so with no additional budget. Clarke sends officers out on the roads for a couple of hours in the morning rush hour when most criminals aren't operating. The Camden initiative involves a plain clothes officer on a bike and several others at key points around a figure of eight loop. Officers target mobile phone driving as well as those who pass too close to the cyclist. Clarke says writing up evidence for driving misdemeanours also provides good training for newer officers.

Questions were raised on Tuesday as to why the Metropolitan Police aren’t following West Midlands’ Police lead and running the close pass initiative in London. The Sergeant Simon Castle, from the Met's Cycle Safety Team, said they had trialled the scheme but with slow traffic speeds in London the cyclists were overtaking traffic, rather than the other way round.

Clarke, however, feels the operation is replicable by other ward sergeants, and that it can have wide-reaching effects on driver behaviour across London.

He said: “It can be replicated in London, it’s just the locations that you choose.”

He said while High Holborn, for example, has a high KSI rate (killed or seriously injured) it isn’t possible to run a close pass operation there. However, by targeting drivers on major roads into High Holborn those drivers will still be looking out for cyclists when they reach dangerous junctions.

“They get to the point where there’s someone on a Boris Bike on High Holborn who’s at risk of collision; by targeting them three or four miles up the road you’re reducing the risk of that happening.”

He added: “The Think! campaign has a limited impact; people watching it aren’t the target audience. The fact you may have your car crushed is a powerful motivator for people to drive safely.”