Think the South-East is flat? We did until we were shown Pain Hill among others.
by Stu Kerton

After the rain and cloud cover of the previous day it was a welcome sight to see the sun shining for our latest rideout on Sunday 13th November. With plenty of riders turning up at Cycle Republic's new Purley store bright and early we knew we were going to be in for an excellent morning of riding off into the Surrey countryside. Read on to find out how it went.

After plenty of coffee, a mooch around the store and a bit of chit chat it was time for the rider briefing to take place to get things under way. Admittedly I'm guessing all of this as I decided to ask my sat-nav to send me to the Twickenham store instead so I spent most of my morning racing across South London, not ideal when you're one of the ride leaders!

Thanks for waiting everybody. 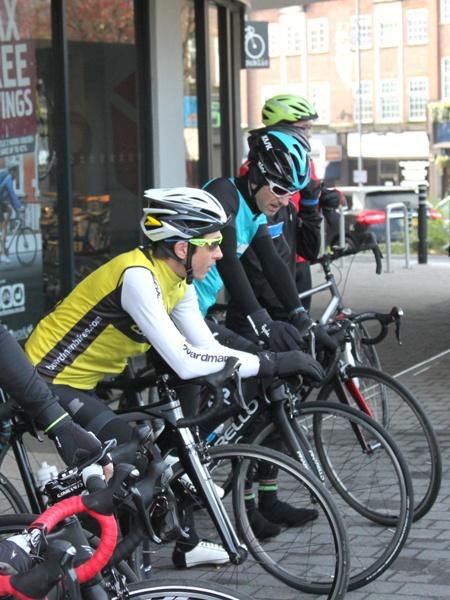 As always we had two routes on offer, a short loop of just over thirty miles and a longer one entering the forties. The assembled group of thirty odd local rides, road.cc readers plus guests including representatives from Boardman Bikes and Gore Clothing choosing one or the other. We actually saw a near 50/50 split which certainly made things easier out on the road.

Due to my tardiness the longer group were sent off first heading in a south-easterly direction to get away from the hustle and bustle of the urban traffic. It wasn't long before the scenery started to look greener and a damn site hillier, this route was to have no less than 4,000 feet of elevation gain. 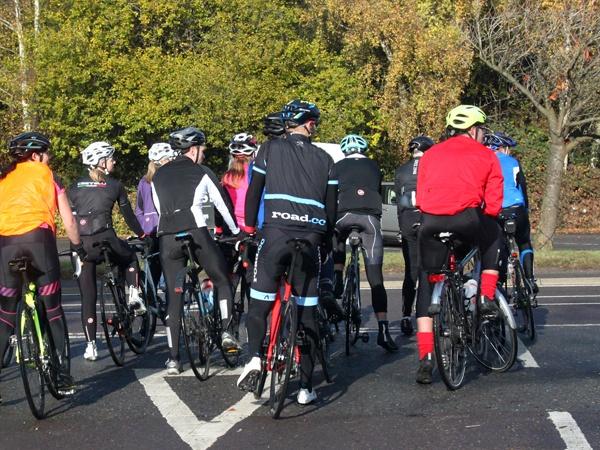 Five minutes later and those of us taking on the short route were rolling too, heading off in the same direction. In fact the two routes were virtually identical just with the longer one adding an extra eleven or so miles on just south of Westerham where the short route headed direct to the cafe stop. Click the links to take a look and download the .gpx files if you like. 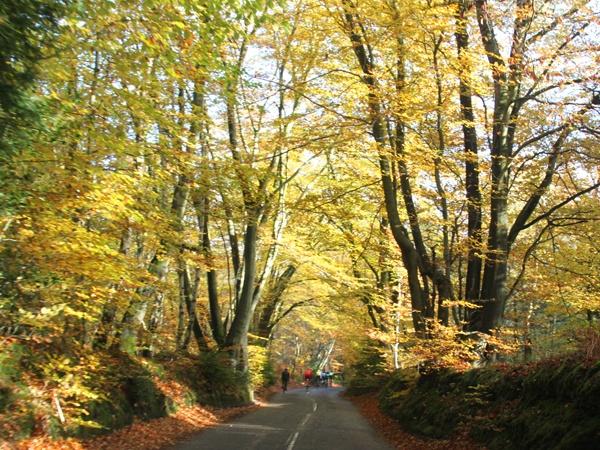 Before this both groups had taken on plenty of lumpy roads, the rough but fast descent of Titsey Hill and the ascent of the aptly named Pain Hill. A short, sharp, leg tester of a climb twisting up a narrow stretch of tarmac through the trees. 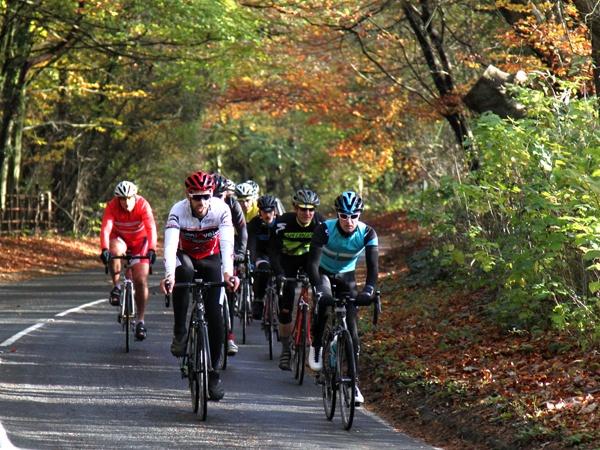 Obviously the short route group arrived at the cafe first with the long group out doing their extended loop but it only took them a mere thirty-five minutes to meet us there and regroup. The Cycle Republic team had chosen 'The Drop Bar' for a coffee stop, the in house cafe of Westerham Cyclery bike shop and it's safe to say it was a good decision with decent coffee, food and undercover bike parking.

With plenty of local riders about as well as our club run there was a bit of a wait for our orders so when it came time to set off the 'cafe legs' were well and truly engaged making the first few miles into a chilly northerly breeze a bit hard going. Things soon warmed up though as we started to climb up on to the ridge which saw various splits in the group but after a reassemble at the top it was time to head on towards our last climbing challenge, Bug Hill! 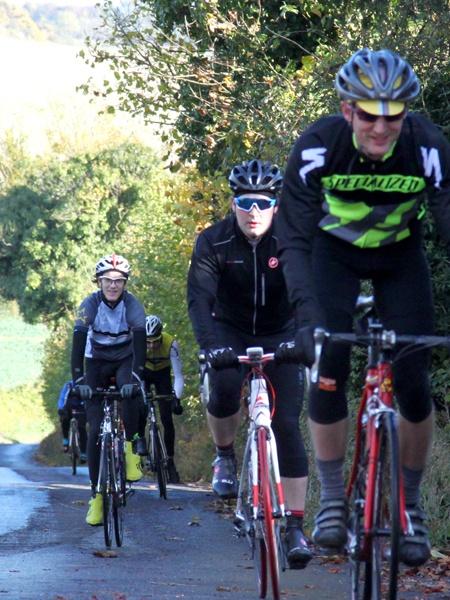 Bug Hill ramps up pretty quickly and while it may not be that long it never really relents its gradient over the duration making you choose between grinding it out in the saddle or honking over the bars while trying to control wheel spin on a damp day. It was at this point that the longer route over took the short group again so there was plenty of variation in climbing styles and abilities all taking to the climb at the same time which made for an interesting scene.

There was also some impressive grunts, groans and swearing going on too - you know who you are! 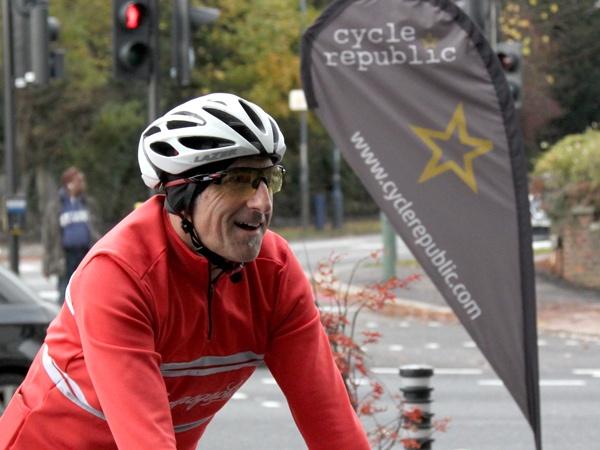 So that was it then, pretty much job done with the majority of the final few miles all being flat or downhill as we retraced our tracks back to Cycle Republic. After a bit of town centre traffic negotiation we arrived back to find the kettle on and the cakes unpacked.

All that was left to do then was organise the draw for the road.cc Schwagaway which saw finishers get the chance to select some free kit from our box of goodies or take advantage of one of the free caps on offer from Gore.

We had an excellent day thanks to some great organising by our hosts Cycle Republic. We'll be announcing our next rideouts very soon.