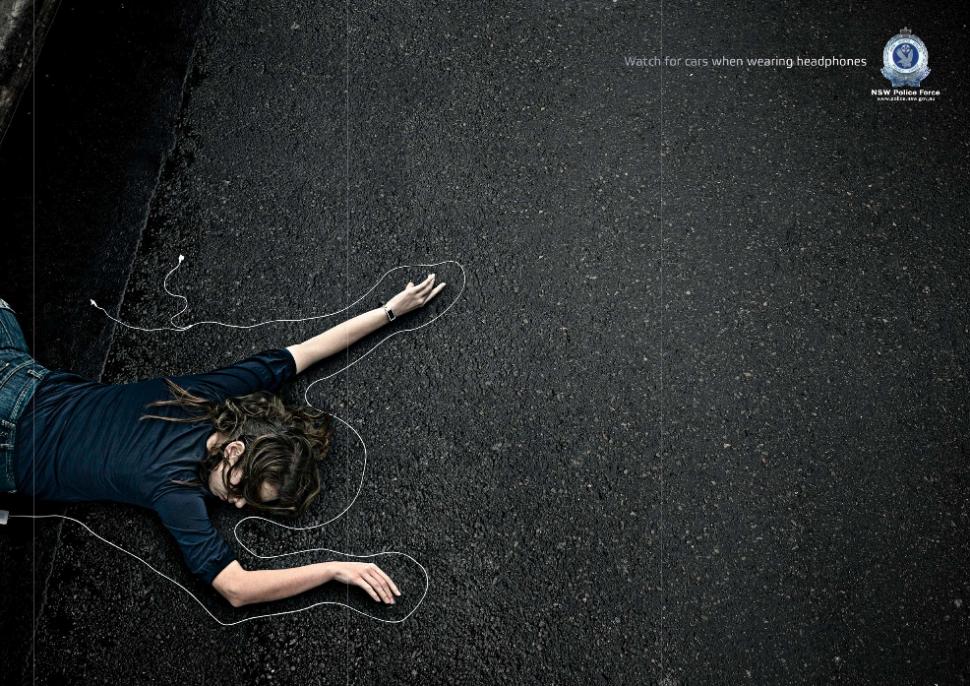 The AA has highlighted the dangers of what it calls “iPod oblivion,” which it describes as “a trance-like or Zombie state entered by some people using MP3 players, phones and electronic organisers on the move,” and which it believes is a contributory factor to many of the 500 pedestrian deaths in the UK each year.

Last November, the motorists’ organisation called on the Department for Transport to ban cyclists from using iPods and similar devices while riding their bikes, and although it is stopping short of calling for a ban for motorists and pedestrians, it does recommend that the drivers don’t wear headphones while at the wheel and slow down in areas where there are cyclists and pedestrians. It adds that the latter should ensure that when using MP3 players, the volume shouldn’t be so high that it overrides their other senses.

AA President Edmund King said: "We can't stop the march of technology but we need to halt the 'iPod pedestrian, cycle and driver zombies'. Whether on two feet, two wheels or four, too many people are suffering from so-called 'iPod oblivion'.

He continued: "When on the move our brains have much to take in and using technological gadgets means that our brains can't always concentrate on so many things at once. This is when we walk into traffic, don't hear the truck or drive cocooned from the outside world."

The AA says that its patrol staff have seen “a marked increase” in pedestrians and joggers who seem “oblivious to traffic around them as they cross busy roads,” while AA Insurance claims that pedestrian inattention could be behind as many as 17 collisions every day.

The insurer adds that lack of awareness of their surroundings lies behind more than half of claims involving pedestrians it receives, with claims forms containing comments such as “Man on phone stepped out, wasn't looking,” “Pedestrian just walked out,” “She looked the wrong way” and “He walked into the side of the car.”

It added that in one in five of those cases, the vehicle had been damaged when the driver swerved to avoid the pedestrian and instead hit something else such as a bollard, lamp post or another car.

According to the AA, the huge surge in use of personal technology can lead to what it calls “unintentional blindness” or “divided attention” among all road users, whether that be joggers, cyclists or drivers listening to MP3 players, people checking work emails on BlackBerry and similar devices on the move, or tourists using a smartphone app to find a nearby restaurant.

It added that it was especially concerned “at reports from patrols of people broken down on the hard-shoulder of motorways, pacing backwards and forwards whilst using mobile phones,” saying “this is incredibly dangerous with juggernauts passing just a few feet away.”

In Australia, police in New South Wales have launched a poster campaign warning of the dangers to pedestrians of their wearing headphones, while a report from the Pew Research Center found that nearly one in five pedestrians who own a mobile phone had bumped into someone or something after being distracted by using their phone, whether talking or texting, while one in four adults admitted to texting at the wheel.