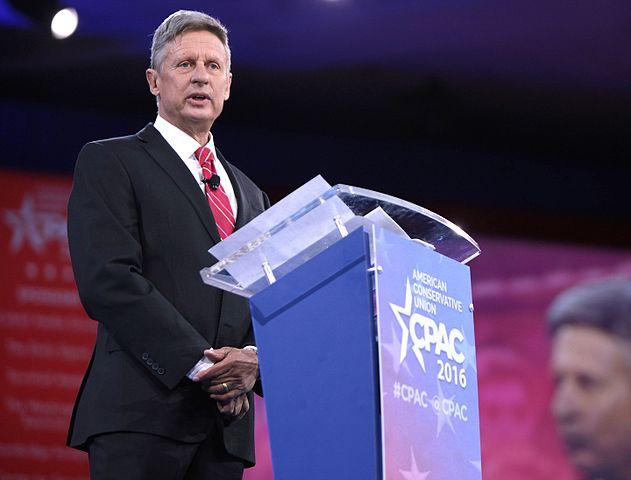 Beaten US presidential election candidate Gary Johnson may not have won the race for the White House, but he already has his sights set on another challenge – and it’s one he’ll undertake a bicycle and which covers almost 2,800 miles.

The former Republican New Mexico governor who has stood on a Liberatarian in ticket in the past two presidential elections received 4 million votes this year – 3.25 per cent of the total – putting him a distant third to Hillary Clinton and president-elect Donald Trump.

Now he is targeting the Tour Divide challenge, which runs 2768.4 miles along the Great Divide Mountain Bike Route from Banff in the province of Alberta, Canada, to Antelope Wells, New Mexico. It includes sections of gravel and singletrack, and some stretches that are simply not rideable at all, with entrants having to carry their bikes across.

The self-supported ultra-cycling race, founded in 2008, has no entry fee, no sponsorship and no money and is billed as a test of the rider’s physical endurance and mental resilience. The current record, established this year, is 13 days, 22 hours, and 51 minutes and was set by Britain's Mike Hall.

According to Bicycling.com, Johnson plans to complete it in around 30 days – and while Hall’s record won’t be troubled, that would be well within the six to 10 weeks most entrants need to complete the journey.

A four-time Ironman triathlon finisher, who has also ridden the 500 miles across New Mexico 17 years in a row, the 63-year-old said: “My two passions are skiing and cycling — mountain biking and road biking, Mostly, I really, really love mountain biking.”

That’s reflected by the fact he has completed Europe’s Transalp stage race, as well as the Cape Epic in South Africa and, back in the US, the Leadville 100 on eight occasions.

He said: “The Transalp was really incredibly difficult. I did that two years in a row. That was a great experience. It took me from being a novice mountain biker to a pro mountain biker. And when I say pro, that is very, very relative.”

His love of cycling has also changed his life in another way, according to Bicycling.com – Johnson met his fiancée, Kate Prusack, on a group ride eight years ago.

“Her passion is mountain biking and road biking,” he explained. “We ride all the time. It’s a blast.”

Johnson’s sense of adventure isn’t confined to the bicycle – he’s one of fewer than 500 people to have scaled the Seven Summits, the highest peaks on all seven continents including Mount Everest in Nepal and Mount Vinson on Antarctica.