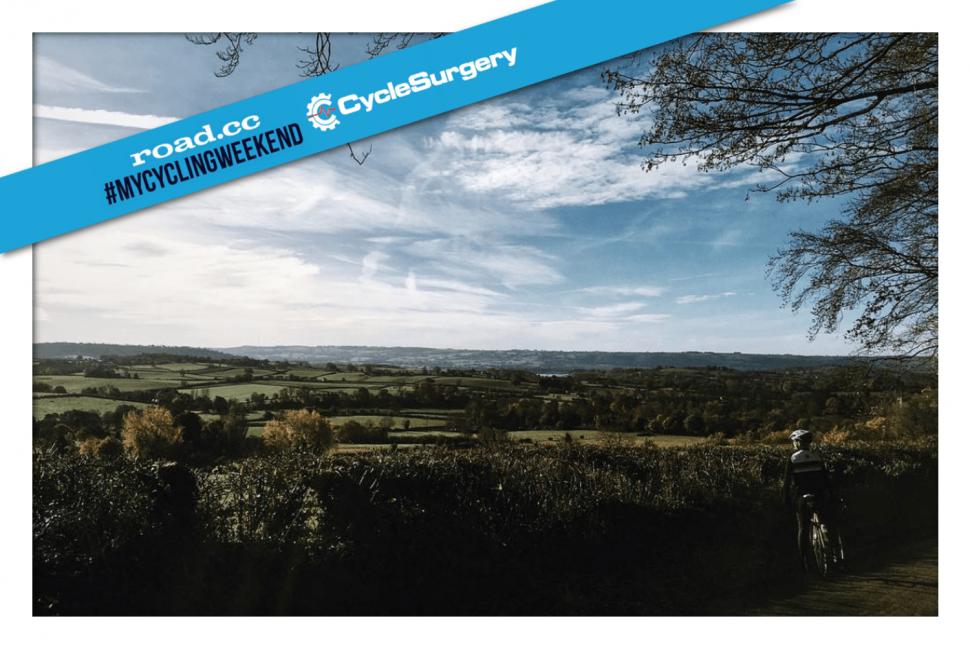 It wasn't that cold, was it? You lot were clinging on to those autumn colours and rejecting the winter - well most of you were...
by Elliot Johnston

When the idea of winter cycling pops into our heads, most of time we're thinking about dark commutes, multiple layers, and sodden waterproofs. Not this weekend; oh no. We were blessed with beautifully clear skies and some cracking riding conditions - which put loads of you lot in great positions to win this week's Cycle Surgery prize.

We had such a strong group of contenders for this week's prize that choosing only one of the many fantastic photos you sent us was really difficult. But we managed, just about.

Over the weekend we saw some awesome autumnal photography. Basically, you sent us loads of really creative shots of leaves. Fields of them, roadside banks of them, and fotoplexus even managed to lose his feet in them.

Despite the fantastic range of orangey photos (which you can see below), we were most inspired by some of the simply stunning scenic shots three of you sent in.

This week's winner Chris Dean sent us this West Country vista on his ride to Chew Magna, near Bristol. Beautiful.

We were also blown away by Ian Dagnall's sunrise compilation of the Miyako district in Japan. Meanwhile, our man Jez Ash caught this awesome shot of a Mendips cow.

Of course, no #mycyclingweekend round-up at this time of year would be complete without a bit of mud. Our very own Dave Atkinson hit the 'cross track once again alongside Velo Club Walcott, Instagram user ozzyoldroyd looks like he's wearing the cyclocross track given how muddy his legs are, and on a slightly slower note Ian West's BTwin road bike also took on some muck - just from the road though.

#mycyclingweekend was spent being pretty average at ‘cross racing again, thanks to @VeloClubWalcot for organising a great day pic.twitter.com/OUFhL6r7MW

Before we wrap-up, here are the promised autumn photos that we loved; including the aforementioned fotoplexus and his disappearing feet.

Remember, it's never too late to get in on the fun. Just fire up your nearest social network - preferably Twitter or Instagram - and upload your photo. Don't forget to include both the #mycyclingweekend and #CycleSurgery hashtags though, or we won't simply won't find your pics!

As a parting gift, here are a few more of our favourites from this week - including some shots of serious winter in Sweden and a couple from road.cc's fantastic Cycle Republic rideout in Purely:

We had a great turn out for the #teamroadcc / @cyclerepublic rideout from their Purely store today. Plenty of riders taking on the hills of Surrey. #mycyclingweekend