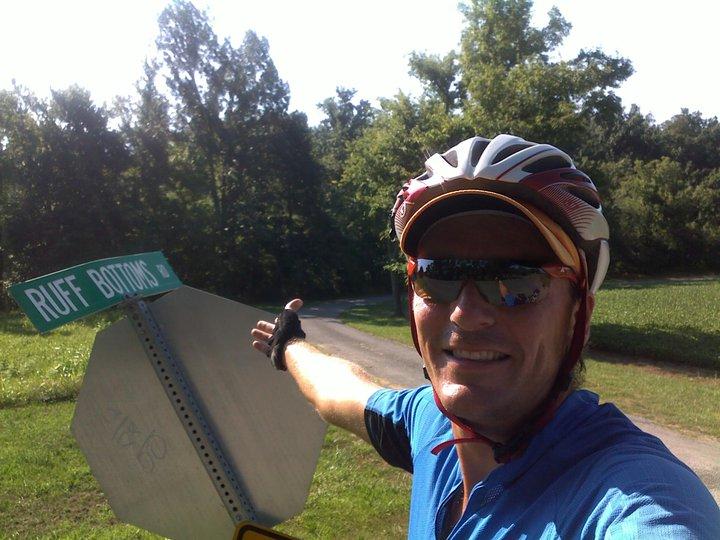 The pile of unratified records in the Guinness World Record in tray is one taller this morning after Vin Cox completed the latest circumnavigation by bike at the weekend. Cox, who left Greenwich on 7 February, was welcomed back to the Meridian on Sunday 1 August after 176 days on the road. He was raising money for the Geoff Thomas Foundation.

Cox, 34, was quoted in the Telegraph as saying: “I am delighted to have finished and to have set a new record. I planned a pretty adventurous route and it has meant that I’ve had an incredibly broad experience of different cultures and climates – all the things which make cycling both difficult and exciting. I’ve met some amazing local people and other adventurers along the way.”

“The ride has kept on throwing up adversity for me to overcome – a severe bout of dysentry which meant I couldn’t ride for two days, endless headwinds in Australia and a pass closed due to snow in California. That’s all on top of the conditions you naturally plan for such as the heat in Death Valley, Nevada and Arizona.”

Cox was working as a Cycling Proficiency instructor in Cornwall before he left but he's also well known in the region as a competitive cyclist, regularly winning Western League Cyclocross events, and as such is the first competitive cyclist to have undertaken the circumnavigation. In keeping with his chosen discipline he completed the ride on a Genesis Croix de Fer cyclocross bike. He's also the first cyclist to have included Africa and South America in his route, which crossed every continent except Antarctica.

Cox's attempt at the record is the latest in a line of circumnavigations which are, so far as we're aware, yet to be ratified by the bean counters at Guinness. Currently the record still rests with Mark Beaumont, whose standard of 194 days and 17 hours from 5 August 2007 to 15 February 2008 has certainly been bettered by one of the three rides that have been completed in the last year. So, let's have a recap:

First off was James Bowthorpe, who set off on 29 March 2009 and arrived back in London on 20 September. He rounded up his time to 175 days, from 174 days and 4 hours. Guinness rules state that the clock stops during transfers by another form of transport, but is running at all other times. James took 11 flights in total and these will be detailed in his record submission.

Next to go was Julian Sayarer, a London courier who set off from Rouen cathedral on his attempt on 10 June. Although his elapsed time was longer at 178 days he claimed 13 days of transfers in his sumbission, due to having to wait for flights. There were also questions raised at the time about his route, which appeared to fall foul of the Guinness rules.

Vin Cox's attempt comprises a ride of 176 days, which 12 boat and plane transfers along the way. His route appears comply with all the rules and it'll be interesting to see how the transfers add up on the submission; it looks to be a close run thing between James and Vin assuming that Julian's much faster time is discounted which, given the evidence we have, we think will be the case.

Whatever happens, it's a bit early to be lauding Vin as the new record holder like the Telegraph and the Express are this morning, but it's a fantastic effort and we wish Vin all the best with his record submission. If you'd like to donate to the Geoff Thomas Foundation head to Vin's JustGiving page

1
"Check the Highway Code": Police officer claims cyclist shouldn't ride "in the middle of the road"
2
Near Miss of the Day 827: Bus driver “bullies his way into a gap that was never there”.
3
Cyclist hurt after eggs thrown at her by car passenger
4
Police officer caught on camera telling cyclists to ride in single file to be given "education around traffic offences"
5
Cycling UK slams Government and threatens legal action for "excluding" cyclists and horse riders from new Wainwright Coast to Coast National Trail
6
Snake Pass section shuts to all road users... but cyclists can still reach the summit (and turn back around)
7
Footage of cyclist's encounter with mountain goat "on steroids" goes viral
8
Driver "used bus as a weapon" against cyclist, loses appeal over sacking