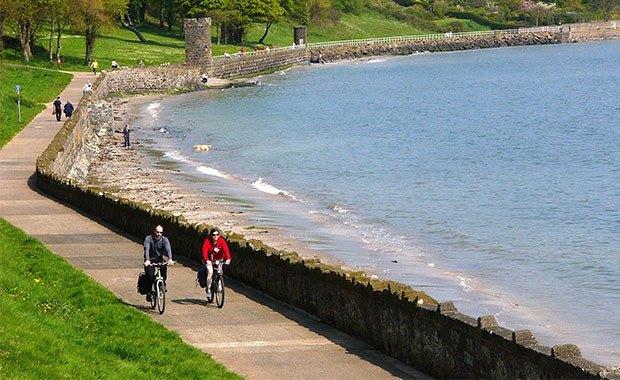 Northern Ireland maps, produced by Sustrans, have completed the series, covering 14,000 miles of the National Cycle Network
by Laura Laker

A set of Northern Ireland maps was the latest to be published by sustainable transport charity Sustrans, completing a 53-map series of pocket guides mapping the entire National Cycle Network.

Sustrans started working on the maps in 2012, and will continue updating them as new routes are added. The last maps of this kind were published in the 1950s, before the National Cycling Network existed.

Martyn Brunt, Head of Mapping at Sustrans said: “Our new Pocket Map series is everything you need to plan your trip. It covers all National Cycle Routes and major routes and we’re updating them all the time as new routes are added.”

“We’ve been working on the maps since 2012, starting on the South coast of England and working northwards to Scotland. Northern Ireland and London were the last maps which complete the series.”

Sustrans says more than 85,000 maps, produced by its Four Points Mapping Team, have been sold so far, and several reprinted because they sold out.

Cornwall is the most popular, selling out three times since its launch. Other top sellers include Dorset Downs, Kent, Hampshire and the Isle of Wight, the Peak District, Severn and Thames, South West Wales, Yorkshire Wolds and York and the North Yorkshire Moors.

You can find out more and buy the maps here.