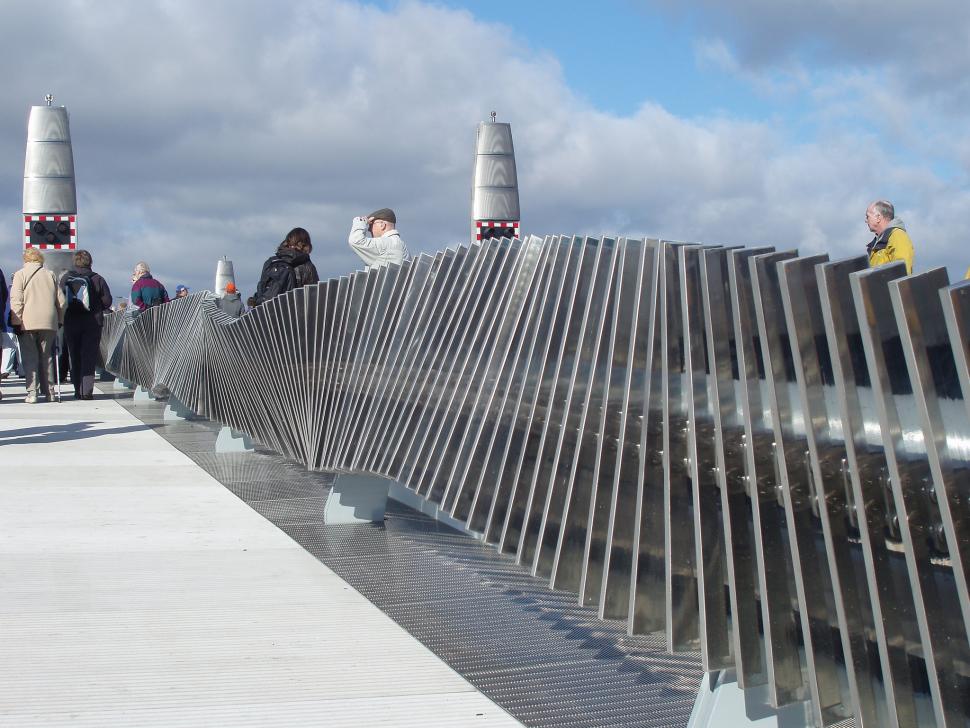 Three cyclists are reportedly suing Poole Borough Council due to injuries sustained while riding across the Dorset town’s landmark Twin Sails bridge, with one local councillor saying that safety concerns he raised before it was built were ignored.

Opened in April 2012, the £37 million bridge’s signature feature is the two halves that raise to let maritime traffic through and which give the structure its name.

However, the Dorset Echo reports that there have been a series of incidents on the bridge, and that three riders injured there have initiated proceedings against the council.

Another cyclist, 72-year-old Andrew Gay, said the bridge was “not fit for purpose” after he needed 40 stitches in his arm when it was cut by on one of the sculptured barriers that are another distinctive element of the bridge’s design.

Councillor Andy Hadley, who represents the Poole People party on the Conservative controlled council, outlined what he believes are some of the bridge’s defects to the Daily Echo.

"The cycleway is about 2cm higher than the carriageway, so there is a poorly visible kerb lip between them,” he explained.

"There are also frequent raised cats' eyes, slippery when wet. This design presents a slippy, hazardous and ill-defined barriers.”

In August, after he read of Mr Gay’s injuries, 66-year-old Bryan Archer contacted the newspaper and said he had broken two ribs in a similar crash.

Neither rider is among those suing the council, but they both said the design of the bridge was to blame, due to ridges on the surface.

Councillor Hadley, who belongs to the Poole Cycle Liaison Advisory Group said he had expressed reservations about the safety of cyclists on the bridge during the consultation phase of the project.

"I read with concern the recent articles about various incidents to people on bikes using the Twin Sails bridge,” he said.

"From when the bridge was first mooted, and throughout the planning, I responded to the various consultation events, attempting to get the council to make proper dedicated and segregated provision for cycles.

"As a result of my efforts, I was promised that the cycle links would be wider than originally intended, but placing the cycleway away from the roadway, or properly separated was rejected,” he added.

"As I understand this was both so that the cycleways could be reassigned to cars during maintenance, and because it would spoil the apparently award winning low-mounted lighting scheme."

The Daily Echo said that Dorset Borough Council had not responded to a request for a comment.