The supermarket's bike couriers will deliver up to 20 items within 60 minutes in a South London trial. If successful it will be rolled out across London...
by Laura Laker

Sainsbury’s Supermarket is bringing back bicycle deliveries in London, the first time the company has used bikes in 130 years.

From Wednesday customers will be able to order up to 20 items via the supermarket’s Chop Chop app, for delivery by bike within an hour.

The new trial service costs £4.99 per delivery, but for now it will only be available in parts of South and West London, and only to iPhone users.

Jon Rudoe, Sainsbury’s Director of Digital and Technology said: “This trial is part of our strategy to give our customers more options to shop with us whenever and wherever they want.  Speed of delivery is important to some customers, so we have brought back our bicycle service to test demand further.”

Sainsbury’s has recruited a team of 40 shoppers and cyclists to run the service. It says Chop Chop will be useful for buying forgotten items, or for when guests are invited over at the last minute. The service has been compared with Deliveroo or Just Eat, but one key difference is riders will be employees of Sainsbury's, rather than "freelance" workers paid per delivery.

Sainsbury’s first offered home delivery from its Croydon branch in 1882. The new service will make Sainsbury’s the only supermarket to offer delivery within 60 minutes. 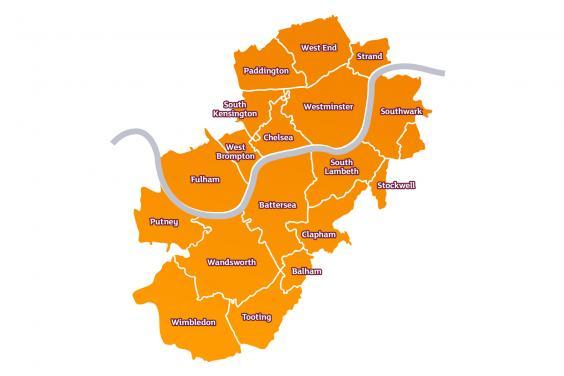 Imagery provided by Sainsbury’s shows a delivery cyclist with a branded Chop Chop cargo bike with front and rear racks.

If the app-based service proves popular it will be rolled out across London. Sainsbury's says it plans to roll out an Android version of the app.