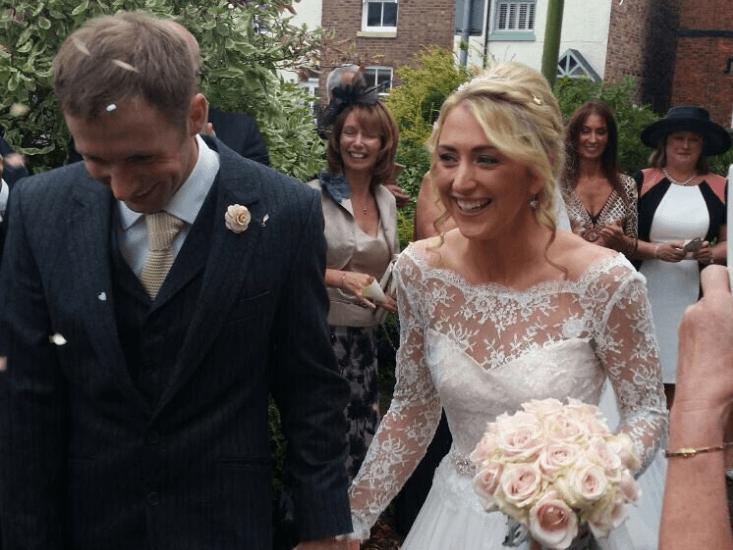 Britain's golden cycling pair tied the knot in a secret ceremony yesterday and tweeted a few snaps - here they are...
by Elliot Johnston

Laura Trott and Jason Kenny - or Mr and Mrs Kenny as we think they will hereby be known - tied the knot in a secret ceremony yesterday, Twitter photos from family members revealed this morning.

Two photos posted on to the social network by Laura Trott's father Adrian Trott broke the news, appearing to show the pair leaving the church with smiles across their faces alongside a group shot of the.

So please to announce that my darling daughter @LauraTrott31 married @JasonKenny107 yesterday Thank you to everyone A wonderful day pic.twitter.com/h1YM5uyRfO

24.09.16 The happiest day of my life. With all my family and close friends I married my best friend. We had the most amazing day and I'm so pleased to finally be able call Jason my Husband Instead of gifts we had a charity wish. If anybody would like to contribute at all the links in my bio x

In understated fashion befitting Britain's golden cycling pair, fanfare and media coverage didn't accompany the wedding party. The location of the wedding still remains a mystery, while the date and details - like the couple's decision to get engaged which was made on the sofa while they watched EastEnders last Christmas - were kept under wraps.

The couple told guests at their wedding not to buy them presents, but instead to donate to Dementia UK via their Just Giving page. They have already smashed their target of £500 by 300%.

Laura Trott's sister Emma attended the wedding as Maid of Honour, quashing any remaining speculation that she harboured some resentment towards her sister over her cycling success. She tweeted the following photo saying she "couldn't have asked for a better day for my baby sister."

Had the honour of being @LauraTrott31 Maid of Honour yesterday. Couldn't have asked for a better day for my baby sister. #TrottKennyWedding pic.twitter.com/vigxDOrvgG

Despite Jason Kenny's cheeky Twitter post, it's still not clear whether we will be cheering on a Mrs Kenny or a Mrs Trott-Kenny in Japan at the 2020 Olympic Games, or even whether Laura Trott will remain Laura Trott. Regardless, we expect the couple to add to their spectacular tally of 10 gold medals in four years time, whatever name they choose to ride under.