Back to news
news
Women 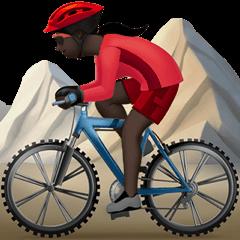 Over a hundred new and redesigned emoji characters have become available to iPhone and iPad users with the arrival of iOS 10. In an effort to provide gender options to existing characters, these include new female athletes and professionals.

Up until Apple's recently-released new operating system, sports-related emojis and most of the occupational emojis showed only men performing activities.

The firm is keen to address this and among the new ones is a female cyclist. There are both road and mountain bike versions with five different skin tone and hair colour options for each. Other new female sport additions include runners, swimmers and weight-lifters.

Announcing the additions, Apple said: “Apple is working closely with the Unicode Consortium to ensure that popular emoji characters reflect the diversity of people everywhere.”

The not-for-profit Unicode Consortium has an emoji subcommittee which decides what gets in. To be eligible, an image must be compatible with other social media platforms and there must also be an expectation that it will be frequently used.

Earlier in the year, The Guardian reported that Google had proposed a new set of female emojis in a bid to promote equality. The Unicode Consortium agreed to add 11 new professional emoji, in both male and female options and with all the skin tones. In addition to this, 33 existing emoji – including the cyclist – had either a male or female version added.