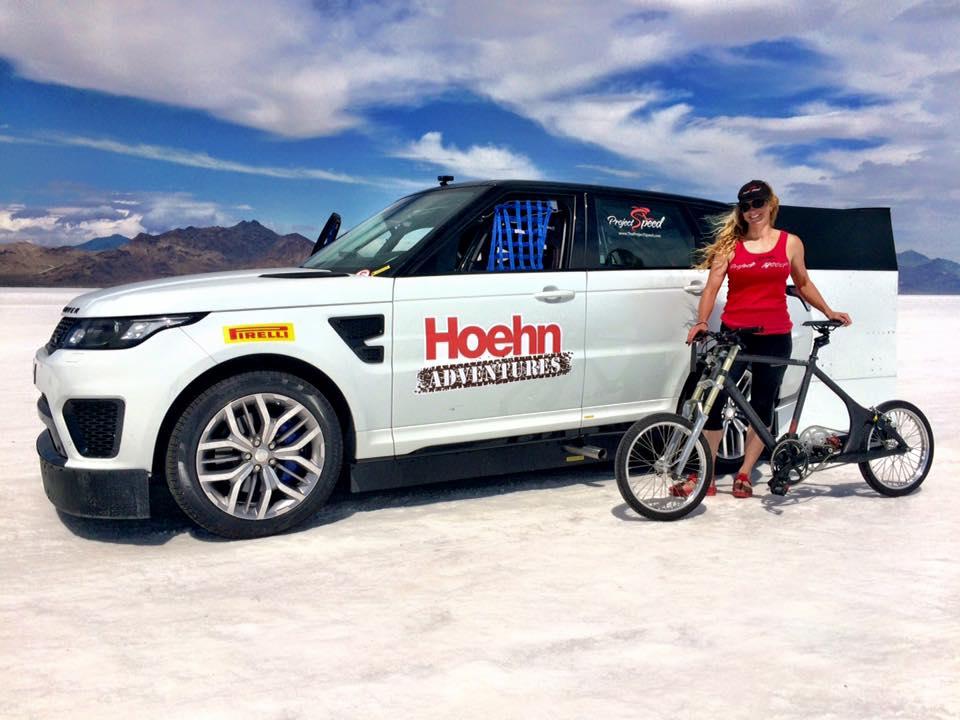 Denise Mueller targets Fred Rompelberg's record which has stood for more than 20 years...
by Simon_MacMichael

An American woman will this weekend set out to become the world’s fastest ever cyclist – male or female – as she attempts to break the motor-paced world record.

She will be making the attempt at Bonneville Salt Flats in Utah where her coach John Howard had himself set a world record of 152 mph (244 kph) a decade before Rompelberg took it off him.

It was Howard himself who persuaded Mueller, who is the reigning US women’s masters criterium champion, to have a crack at the record – and what’s more, as the first female cyclist ever to attempt it, she’s guaranteed to set a fastest motor-paced record for a woman.

The tilt at the record has been four years in the planning and asked by ESPN why she was attempting it, Mueller said: "I have been asked that by a couple of people over the years, and the first and easy answer is, why not, right?

"But really, how many chances do you get to be the first person ever to be able to do something as a female? Men have done this record since 1899, and a woman has never even tried to do this record.

The pace car, a Range Rover Sport SVR, will be driven by Shea Holbrook, one of the US’s leading female racing drivers, who will build up to a speed of 90mph before Mueller and her bike, inside the fairing on the back of the vehicle, are released.

Holbrook, who has herself driven a dragster at a speed of 278 mph, said of her role in the record attempt: "The importance of my job is to keep Denise alive, honestly.

"Everything that I have been taught, I have to reverse because we are going to be accelerating at a slow rate of speed.

The bike Mueller will be using has been put together by San Diego-based SD Wheel Works specifically for the record attempt. According to the Project Speed website, it has “17″ high speed rated motorcycle wheels and tyres to help reduce the centre of gravity. 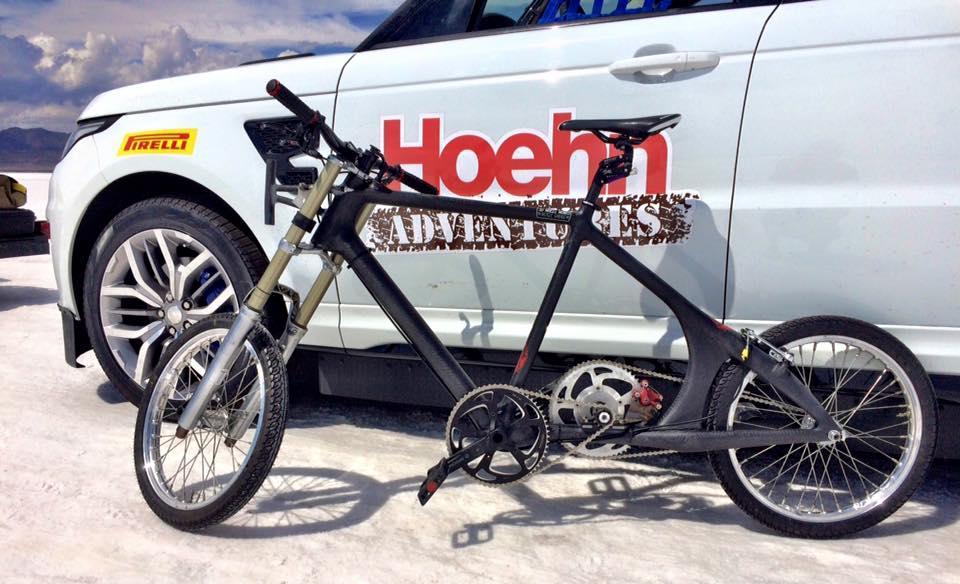 “The frame is elongated for stability and utilises a ‘short travel’ suspension to dampen high speed vibration,” and has “a steering stabiliser to eliminate any speed wobble at high speeds.”

It also has double reduction gearing and drivetrain “to allow Denise to pedal the bicycle at a rpm that allows her to provide the necessary power to achieve 168mph.”

Here’s footage of Mueller having a trial run. You can follow her progress on the record attempt, which runs from Saturday to Monday,  through the Project Speed Facebook page.

Earlier this year, Neil Campbell set a new British motor-paced record of 114.19 mph. The attempt was led by Dave LeGrys, whose own record of 110mph stood for 27 years until it was broken by Isle of Man TT rider Guy Martin in 2010 - an endeavour LeGrys was also involved in.