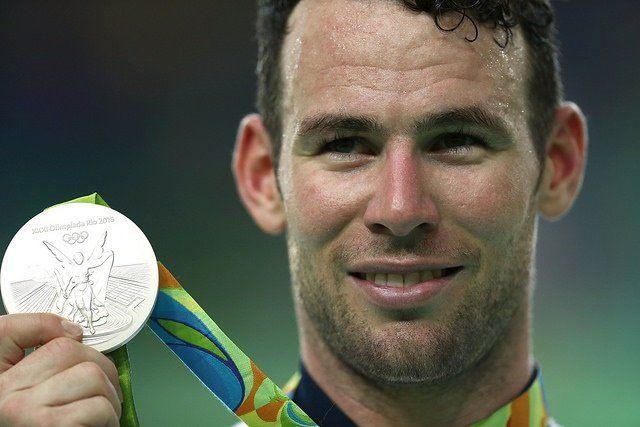 Joanna Rowsell Shand also reveals to C4's Sunday Brunch how Team GB's cyclists succeed every four years, after this year being seen as the "underdogs"...
by Laura Laker

Mark Cavendish dishes the dirt on Rio – the Athletes' Village, the food, and having to make friends with Velodrome security to get onto the track with their bikes.

In a hilariously candid interview on Channel 4’s Sunday Brunch, Cav compares Rio facilities to London 2012, including the “terrible” food, sharing a "broken" lift with half of team GB, congratulating everyone because “chances are they’ve won something.”

Joanna Rowsell Shand, meanwhile, told presenters they surprised all their rivals, who didn't expect them to win, and the secret was the team’s goal had been the Olympics all along, and they peaked in time for that.

He said: “It took us about a week to finally make friends with the security guard, that we could get into the Velodrome.”

He told presenters Rio’s athletes' village had a lot to live up to after London.

“In Team GB’s apartment there’s these lifts, that didn’t work, you had to wait ten minutes for them, and they come and there’s half the British team in them because they’ve all been waiting ten minutes, and it came to the end of the week and even if you don’t know them you’re best off saying congratulations because we won so many medals.

“Chances are they’ve won something.”

He also described the food as “terrible”.

Rio 2016: Mark Cavendish second in Omnium with one event left

Rowsell Shand said she was “not at all” confident about winning Gold, the women’s Team Pursuit team having not won anything at the Winter track season, and winning Bronze at the World Championships.

She said where they were the ones to beat going into 2012 they felt like the underdogs, “chasing the Americans who’ve been leading the way this year”.

“I don’t think anyone expected us to win by so much,” she said. “But we really pulled out all the stops.”

She said: “Everyone keeps saying ‘how do British Cycling do so well every four years?’

"I think one of the big things is we’re not afraid to publicly fail in the pursuit of the big goal.

"All of our training is based around peaking for this big event every four years. That might mean in an event in the build-up we’ve done loads of speed work but not endurance, so we don’t have the endurance to finish it off, so that might come out with a poor result, so it’s not until the big one when it starts to come together and you start to see the performance.

“Our rivals are scratching their heads, going ‘Oh, they’re only mediocre this season how come they’ve come so good here?’ but every other competition is not so important as the Olympic Games is.”

That includes keeping all the good kit for the Olympics, she said.

She said on the day of the Team Pursuit they ended up faster than they expected, so the world record was a surprise.

“I think it’s still sinking in because you spend so many months, weeks and years preparing and then it’s all over in a flash and you realise ‘I actually did that’.”

She also spoke about sacrifices athletes' families make – GB cyclists were away for a month, with a holding camp in Wales before the Games. Before that she had a week home, after two weeks away.

“I’m away from home more than I am home, so [her husband is] living by himself most of the time, looking after my cat, cooking for himself, so I think he’s glad to have me back, and that’s why I came home before the closing ceremony.”

“I think all of the cyclists except for two have come home early. It’s a long time away from home and there’s only so much partying can do until you want to see the people that are important to you,” she said.

You can see the rest of the programme here.