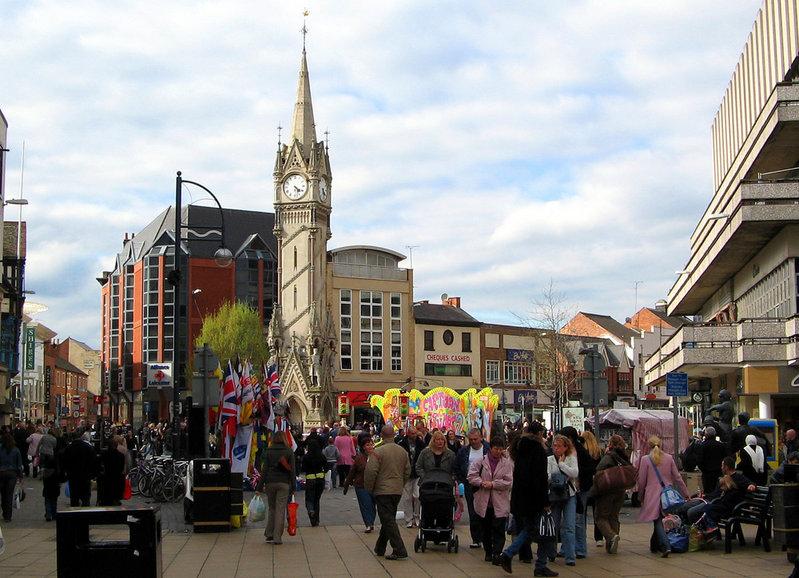 Leicester is to invest £2m into a two lane cycle route along London Road following a fatal collision in the area.

The city council is proposing to create a new, two-way cycle lane along the inbound side of London Road, from Victoria Park Road to Granby Street.

There would be four lanes of traffic, but a bus lane would be removed to create wider pavements and an off-road cycle lane.

The council is currently exploring options for the side streets and junctions to keep them safe for cyclists.

Cllr Adam Clarke, assistant city mayor for energy and sustainability and chair of the Cycle City Forum, said: “The recent fatal accident on London Road has understandably raised concerns among cyclists about safety on this busy road.

“Creating a safer route for cyclists here has been our ambition for some time. It is an incredibly challenging project and the designs have been through several iterations over the last few months.

“Reallocating road space currently used as a bus lane would provide the space to create a two-way cycle path and wider footpath on the inbound side of the road, running all the way from Victoria Park to Granby Street. This will provide a safer and more attractive route into the city centre for cyclists and pedestrians.

“There are still issues that need to be addressed – specifically around how we tackle the number of side streets and junctions along London Road – and we will continue to work with local cycling groups to invite their suggestions and comments.

“Their input throughout the development of these plans has been extremely helpful.”

The plans will be developed over the coming months, with final design ideas expected to ready for public comment by the end of the year.

If given the go-ahead, construction work could start by early-summer 2017. It is estimated that the scheme would cost in the region of £2milllion.

Earlier this year we reported how an inquest heard that a Leicester cyclist who was killed after being hit by a van was knocked into its path by a passenger opening a taxi door. Castle Rock High School teacher, Sam Boulton, was killed on July 27 – his 26th birthday.

Detective Sergeant Mark Partridge of the Leicestershire Police Serious Collision Investigation Unit told the inquest: "At about 1320 hours on July 27 this year, outside the railway station on London Road, a collision occurred between a taxi that was parked at the side of the road, a pedal cycle being ridden by Sam Boulton and a Citroen van being driven in lane two of the A6.

"As the passenger in the taxi opened her door, this caused a collision with the cycle. It knocked the cyclist off, and he then collided with the van and unfortunately sustained fatal injuries. He was taken to Leicester Royal Infirmary where he passed away on the same day."

Lydia Brown, assistant coroner for Leicester, said a post-mortem examination had been held and that the pathologist was currently awaiting blood test results before reaching a conclusion about the exact cause of death.

A 49-year-old man was arrested shortly after the collision and subsequently released on police bail.