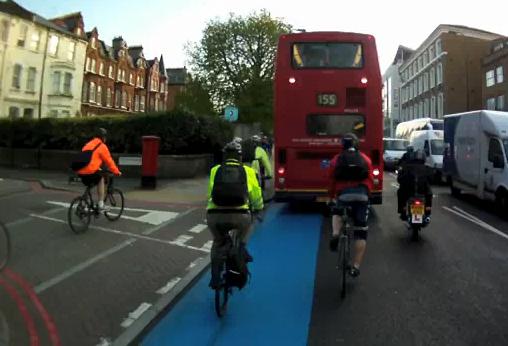 Guided rides to help Londoners gear up for Cycle Superhighways

Guided cycle rides will take place this summer to get Londoners used to the new Barclays Cycle Superhighway routes.

The Mayor and Transport for London (TfL) have announced a programme of rides, starting with two pilot routes that launch on Monday 19 July and run from Merton to the City and from Barking to Tower Gateway.

Participating cyclists will be greeted by trained marshals from the London Cycling Campaign, who will give each bicycle a basic check before leading the riders into central London, arriving before 9am.

Full details of the rides are available on the TfL website.

Those wanting to join one of the rides must register their interest in advance by emailing smartertravel [at] tfl.gov.uk and will be sent a confirmation email with information on the ride start points and times.

Kulveer Ranger, the Mayor of London’s Transport Advisor, said, “With the Capital’s two flagship cycling schemes just around the corner, more and more Londoners are switching to the joys of pedal power. These guided cycle rides, launching alongside the start of our Superhighways, are a simple way of offering support to new cyclists who would like a little extra help to gain the confidence they need to get onto two wheels.”

Ben Plowden, Director of Better Routes and Places at TfL, said, “Cycling has soared in popularity in London in recent years but swapping to a pedal powered commute can be daunting. For this reason, TfL is offering guided cycle rides with the aim of encouraging as many Londoners as possible to reap the benefits of getting to work or college by bike.”