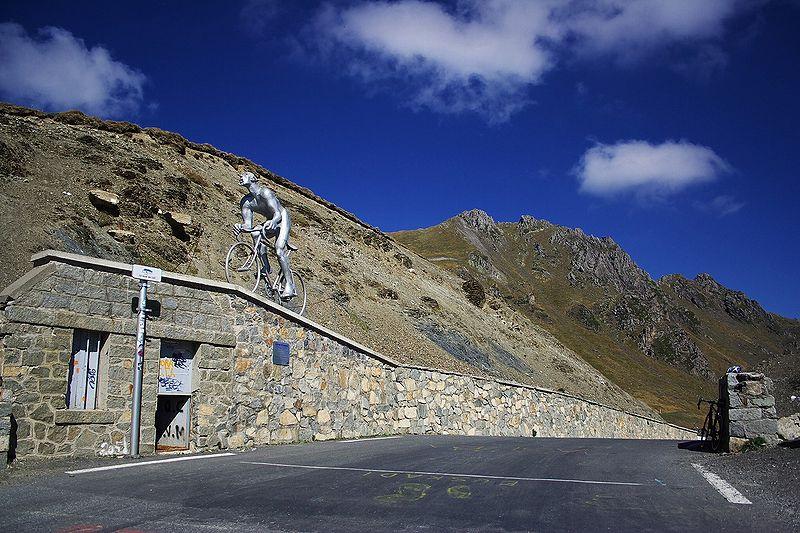 The eight-year-old Londoner who climbed the Tourmalet

Assuming he makes it to the top later today, Norwegian rider Sondre Holst Enger (IAM Cycling) will be the youngest rider in this year’s Tour to conquer the mighty Col du Tourmalet. He is 22 years old. Earlier this year Alfie Earl from Islington conquered the same climb at the age of eight.

The 16.9km climb averages 7.4% with the summit at 2,115m. It was Alfie’s second attempt and took the Highbury boy three and a half hours.

Alfie told the Islington Gazette that there had been thick cloud on the final section.

“You couldn’t see sideways, apart from looking onto the cliff. The first time I didn’t get that far, I only got to [the village of] Bareges.

“This time, when I got to Bareges there were people saying ‘this is impossible’ so what I was trying to do was prove them wrong. I wanted to do it while I was still eight.”

It seems he wasn’t the only youngster tackling the Tourmalet that day either.

“There was an 11-year-old coming down the other side, with people surrounding him and saying ‘you did it, you did it!’ and then they saw me coming up the hill, so they asked my dad how old I was.

“That just made me keep going even more. At the top people wanted to meet me and shake my hand and say ‘well done’ and I felt proud of myself.”

Video: Mike Cotty climbs the Tourmalet for the Col Collective

Alfie’s mum, Sarra, said that he and his siblings got into cycling when their dad, Steve, did London-to-Paris to raise money for Great Ormond Street Hospital. Alfie’s brother Ivan, now seven, underwent life-saving open heart surgery there when he was 18 months old.

“They did a really complex five-hour operation and without them he would have died by the age of five. After Steve had completed his ride the children wanted to do something to fundraise for Great Ormond Street as well.”

Alfie is hoping to attempt London-to-Paris alongside his dad next year and also hopes to conquer Mont Ventoux and the Stelvio in the future.

He hasn’t committed to becoming a professional cyclist yet, however. He thinks it would be unwise to narrow his options. “Some people in my year are saying they want to be footballers, but they might not be and then what else could they be if they only work on one thing? I’m still making up my mind.”