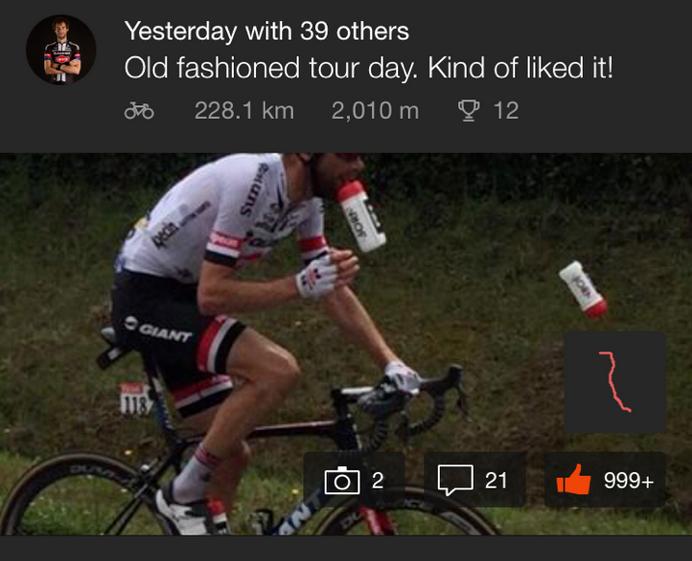 A day to forget, other than the sprint - but Giant-Alpecin rider enjoyed it
by Simon_MacMichael

Other than Mark Cavendish taking his 28th Tour de France stage win to draw level with Bernard Hinault - only Eddy Merckx, on 34, has won more - yesterday's Stage 3 from Granville to St Lo is unlikely to live long in the memory.

The second longest stage of the race saw Armindo Fonseca of Fortuneo-Vital Concept go on a lone attack, joined later by Direct Energie's Thomas Voeckler, a slow-moving peloton letting the pair dangle off the front before sweeping them up with 8km to go.

Race leader Peter Sagan felt like hopping off his bike for a coffee, while throughout the bunch, riders chatted with one another in scenes more typically found on the final stage into Paris.

Still, Giant-Alpecin's Laurens ten Dam seemed to enjoy it according to his Strava update, accompanied by a picture of himself holding a water bottle by his teeth while another flies off into the roadside.

"Old fashioned Tour day. Kind of liked it," said the Dutch rider, and for that positive attitude, we're giving him our Strava ride of the day. 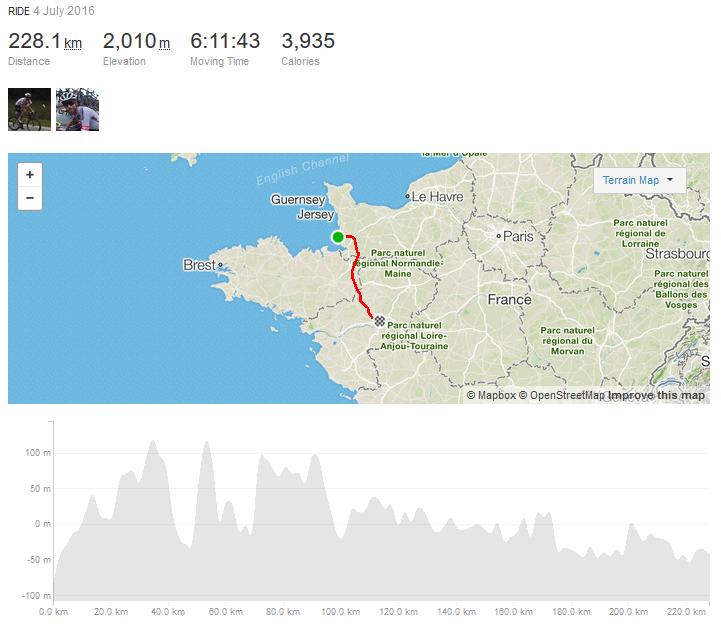 More than 30 riders - around one in six of those in this year's Tour - are uploading their data to Strava after each stage, and here is our highly unofficial list of classification leaders among those using the ride-sharing network.