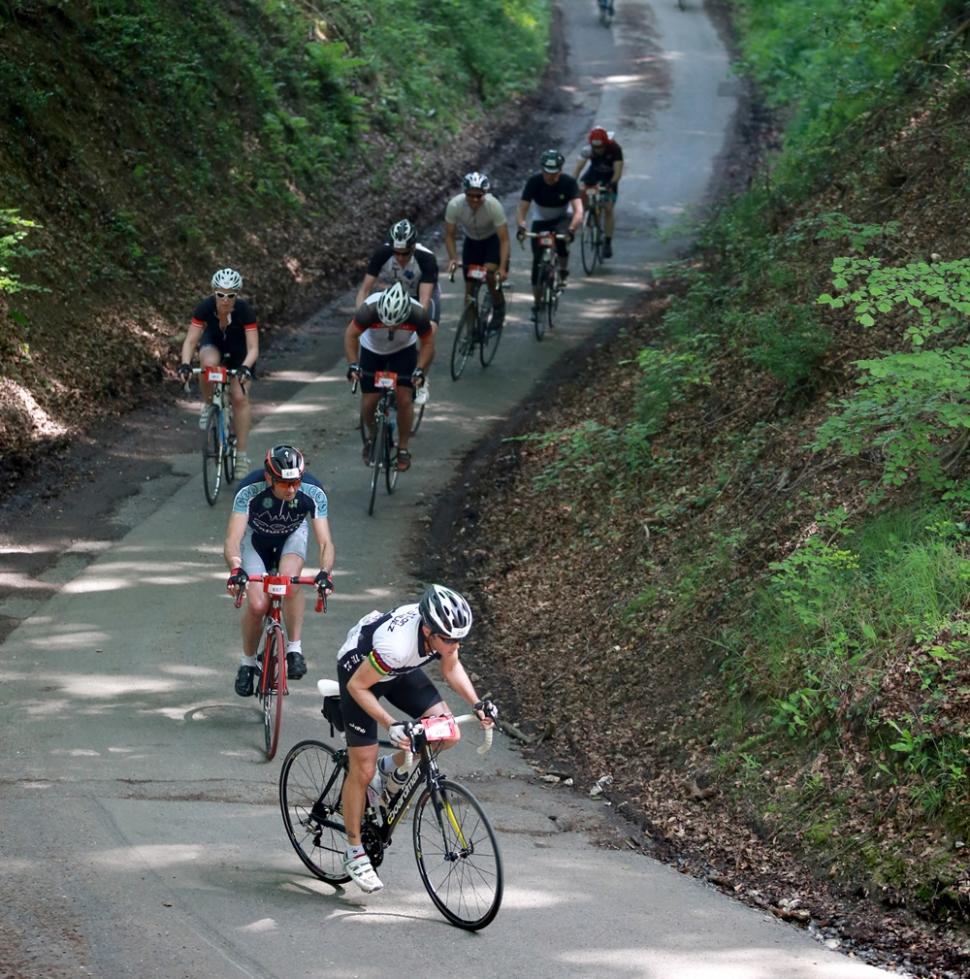 Chilterns cyclists asked to clean up their act

A minority of cyclists have been dropping litter and riding too fast, according to one local man, which Chilterns cycling groups question, saying their members are more likely to pick up than drop litter
by Laura Laker

Cyclists in the Chilterns have been asked to watch their speed, and not to litter, after one man raised concerns about road safety and items being discarded by riders at weekends.

Chairman of the River Chess Society, Paul Jennings, says the area has seen an “incredible” increase in cycling, and told GetBucks a minority of those on two wheels are behaving badly, and has accused local cycling clubs of ignoring the issue.

However, a secretary of Berkhamsted CC, the area’s largest cycling club, told road.cc he has seen no evidence of littering, and says BCC members aren't responsible, adding while local riders know the short sharp nature of the hills, more can be done to address the problem of speed.

Jennings said: “There has been an incredible increase in cycling in the area. It becomes very busy on a Sunday. It is great to see so many people using this a route to fitness,”

“As with so many things a minority can ruin it for the majority. The danger of speeding cyclists on narrow downhill sections of road will lead to accidents and possibilities of fatalities.”

Jennings says he regularly finds items discarded across the Chilterns, particularly after weekends, and claims he found six or seven inner tubes in recent weeks. He believes he has been ignored by local cycling clubs about the problem.

Simon Boysey is co-founder and secretary of Berkhamsted Cycling Club, the area’s largest club, with 200 members, from amateur to team GB triathletes.

He says no-one has approached him about the litter issue, but that the club makes a concerted effort to ensure good rider behaviour and bike handling skills.

“A big part of what we do is promote good behaviour on the roads,” he told road.cc.

“Leaders are there to manage the behaviour and pace of the group. We have never had to say anything to any of our members about littering; it has never even come up. From the hundreds of rides I have been on I have never seen a single person littering. I don’t think these are local cyclists to Berkhamsted, that I have come across.”

He says the number of sportives and races has increased in recent years and large numbers of visiting recreational cyclists come to the Chilterns to cycle.

He said: “I’m not trying to blame people who come to the Chilterns, but I think if there is an incidence of littering it wouldn’t be from someone from here. You just wouldn’t want to be seen littering, especially wearing a club jersey”.

“The sort of people we have in our club they would be more likely to pick something up because we don’t want that sort of thing in the countryside.”

Mike Harris, of Milton Keynes touring club, told road.cc he is not aware of a cyclist-specific litter problem in the area.

He said: "Most of our members are aged 50+ and I have never seen anyone in the group litter, quite the contrary, members are very careful to take any litter home with them.  We do, of course, come across a lot of roadside litter and fly tipping, but it is not cycling specific."

Phil Ashbourn, also of Milton Keynes Cyclists Touring Club, who describes himself as a walker cyclist, public transport user and car driver, said: "Of course not all cyclists are perfect citizens but there would have to be an awful lot more of them to cause the same amount of litter as motorists.

"On the other hand cyclists for all their faults do not cause death and injury from motoring crashes (1.2 million deaths worldwide every year) and premature deaths from exhaust pollution (40,000 in the UK every year)"

Boysey said while the club’s riders know the local roads and are offered training on safe riding, the hilly terrain means riders can quickly build up speed, an issue he admits, needs to be addressed.

“The short sharp nature of the hills means you can pick up quite a bit of speed,” he said.

“It’s feasible to get over 30mph on the downhills.”

“That does need to be addressed within the clubs because we want to have good relationships with motorists.

"We try to ride as tight as possible, so it’s the equivalent of passing a van.”

He said: “The club has a duty of care to its riders. We have specific handling skills sessions to make sure if people aren’t confident or would like additional sessions they are available.”