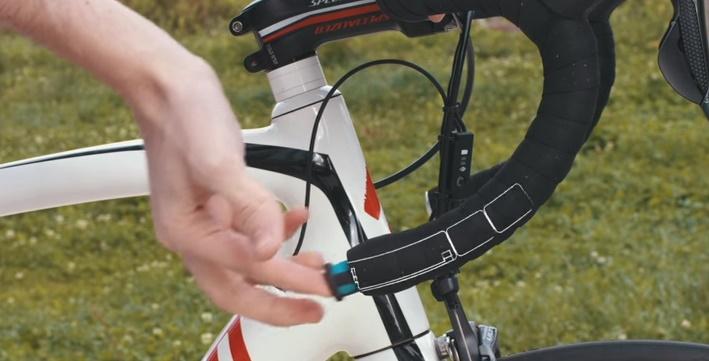 Now looking for alternatives sources of funding
by Alex Bowden

The designers of a small GPS tracker that can be concealed within a bike’s handlebars have failed to reach their funding goal on Indiegogo. Sherlock had been scheduled for release in January, but developers say they are now being forced to look for another source of funding for the final phase of development.

We first reported on Sherlock in November, but back then there were few details about what form the device would take. The Indiegogo campaign describes a small GPS tracker hidden within the frame of a bike, which is connected to a mobile app. The system allows you to find out where your bike is at any moment and if it moves, and it is not you moving it, you will also get an alert on your phone.

The team has been working on Sherlock for about a year, trying to make the prototype as small as possible. They eventually came up with a flexible tube design which allows the device to be hidden inside handlebars.

The team were looking to raise €80,000 via Indiegogo but only managed €34,067. As they had opted for a fixed goal, all the money will be handed back to would-be investors. People tend to choose fixed funding when they require a minimum amount of money to proceed. Had the team instead opted for a flexible goal, they could have kept the money raised.

While Sherlock attracted not inconsiderable investment, one of the things holding it back from raising more was perhaps the price. It was priced at €129 (around £100) and users would also have been obliged to shell out €4 a month for a data plan. While this cost might prove easier to justify for more expensive bikes, a large number of people will doubtless have been put off.

Undeterred, the developers have told backers that the campaign has given them a better understanding of the market and of their customers' needs. They are still keen to release Sherlock in 2017, but will now need to find an alternative source of funding.