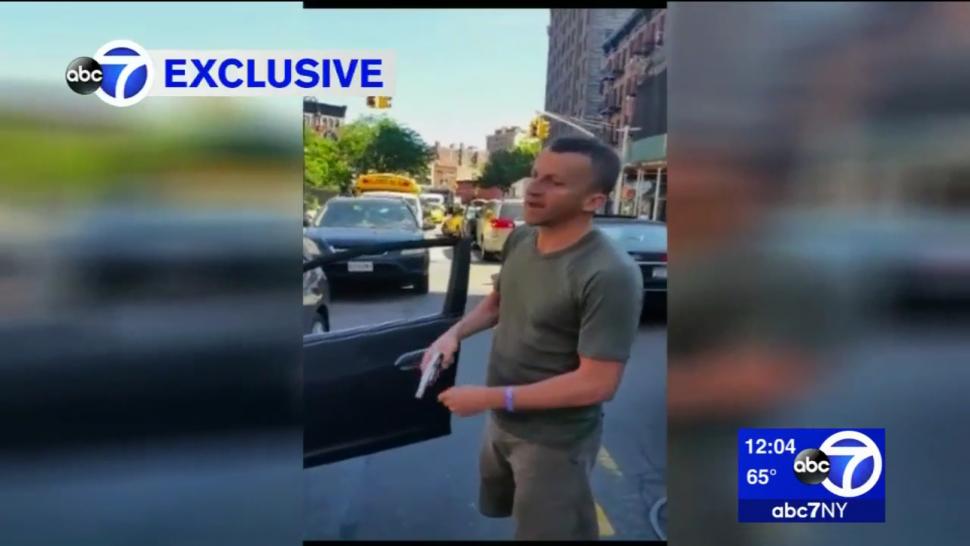 This week two American cops were caught on camera in heavy-handed altercations with cyclists, one of which saw a cyclist seriously injured by a police dog after being pulled over for riding without lights at night.

In New York on Monday, an off-duty police sergeant pulled a gun on a bike messenger after an apparent near miss. Although the sergeant claims the cyclist threatened him with an ice pick before the incident, no such weapon was found.

In Florida, it emerged this week that a police officer named Lee Coel chased down a man on a bike who was riding without lights, and set his dog on the man, even though he did not resist arrest. The man, Richard Schumacher, underwent surgery for damage to his latissimus dorsi following the dog attack, and spent three months in jail.

The video of the attack is below - be warned, though - some viewers may find it distressing.

The officer claimed the man resisted arrest. However, dash cam footage (above) obtained by the man’s solicitor shows this was not the case, and the police department now faces a law suit over the dog attack.

Scott Weinberg, the man’s solicitor, who has filed a notice of intent to sue on behalf of the victim, told Photography is Not a Crime: “They are a very good police department but this cop is not good.”

“He acts like he’s invading Fallujah every time he does a traffic stop. He has a notorious reputation.”

He can be heard saying “Sir. On the bike. Stop now or I’ll send the dog”. Schumacher does not immediately stop, and the officer chases him for some time.

He eventually stops and puts his hands up, and stands in front of the patrol vehicle. The officer commands him to get down on his knees. Again he doesn’t do so immediately. Coel then commands him to lie down, before releasing the dog, who runs to the kneeling man and begins attacking. Schumacher protests, but Coel doesn’t call the dog off.

In Coel’s police report, he claims Schumacher kept hiding his arm behind his back, which made him fear for his safety. He also claimed Schumacher resisted when he attempted to put handcuffs on him. However, the footage shows this not to be the case.

In New York on Monday, an off-duty sergeant was caught on camera brandishing a gun after an altercation between him and a group of four men on bikes, who were delivering food at the time.

The sergeant claims the messenger smacked his window, then produced an ice pick, but the cyclists told Eyewitness News that was a lie to justify him drawing his weapon, and no ice pick was found among the riders. The riders claim he had swerved into their space before the confrontation.

The riders, who started filming after the man drew his gun, also complained he would not identify himself.

"He did not even say he was a cop. Literally got out of car with his weapon drawn," one rider said.

"We kept asking him, identify yourself. He just wouldn't," another said.

As word spread there was a gunman on the loose a local school was put on lockdown. Eventually the sergeant was allowed to drive away, while one of the riders was arrested. You can see the video report here.