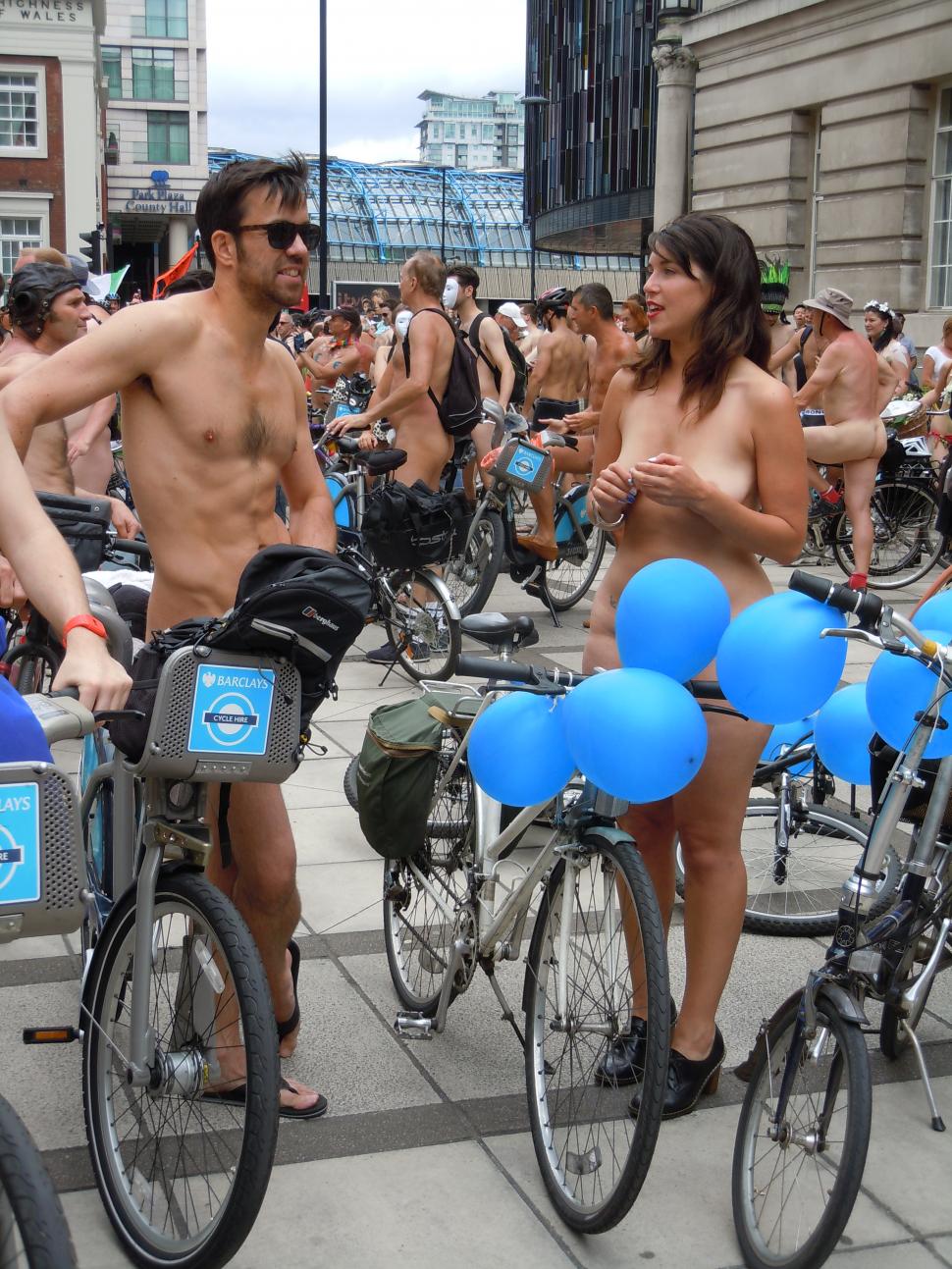 London and Manchester are the latest British cities to have hosted the World Naked Bike Ride (WNBR) with hundreds of riders taking to the streets of the capital in the buff yesterday. The previous evening, their counterparts in the northwestern city had not let drizzle hamper their enjoyment of the ride.

It’s the 13th time the event, aimed at highlighting the fragility of the human body and to protest against car use and dependency on oil, has been held in London, while Manchester was this year hosting it for the tenth time.

Cyclists in London assembled at the Wellington Arch at Hyde Park Corner, with six feeder rides converging there, and set off on the ride which passed some of the city’s most famous landmarks including Big Ben.

Organisers had warned participants not to strip off until the last moment to avoid harming police support for the ride. On their website, they wrote:

Do not undress until just before the protest moves off, as this will undermine our positive relationship with the authorities.

There is no law against nudity in Britain, but please don't exercise your right to nudity in London before the ride, as it will impact on our ability to make arrangements with police.”

Make sure they are secured though. You don't want to be the person who lost their clothes on the ride or the one whose friends decided the ride was taking too long, they had better things to do and went home with your clothes.

According to the Manchester Evening News, more than 100 cyclists took part in the ride there on Friday, meeting on Oxford Road ahead of the start at 7pm.

The newspaper says that passers-by, motorists and fellow cyclists cheered them on along a route that took them through the city centre.

Organisers of the Manchester event as saying: “The WNBR is a fun way to show that cycling is inclusive and is suitable for all, while also highlighting cyclist’s fragility and that when a cyclist is hit by a vehicle they have little protection from the impact and might as well be naked!

“It encourages people to ride naked as a bold statement to highlight rider’s vulnerability, but riders can participate on a dare as you bare basis. We encourage participants to decorate their body and use it to show why they are riding.”