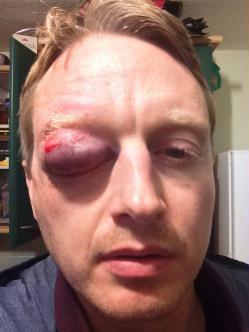 A cyclist was seriously injured after being hit in the eye by an egg thrown from a moving car.

Thames Valley Police are appealing for witnesses to the assault, which occurred on the B3348 Bracknell Road at around 8.30pm on Tuesday 7th June.

The victim, a 37-year-old man, was cycling from Crowthorne towards Bracknell when a vehicle drove past. An egg was thrown from the vehicle, which was a Peugeot 205 or 305 model, and hit the man.

The victim sustained a serious eye injury and was treated at hospital, but he will require further follow-up treatment and appointments.

Investigating officer, PC Ben Eastment based at Bracknell police station, said: “This was a cowardice act that caused an extremely serious eye injury to the victim, who was treated at hospital but will now have to attend follow up appointments to improve his eyesight.

“I am appealing to anyone who has any information about this incident to come forward, especially if you know who was driving that Peugeot vehicle or know who threw the egg. If you have any information whatsoever please call police via 101.

“If you do not want to speak directly to the police you can contact the independent charity Crimestoppers anonymously on 0800 555 111. No personal details are taken, information is not traced or recorded and you will not go to court.”