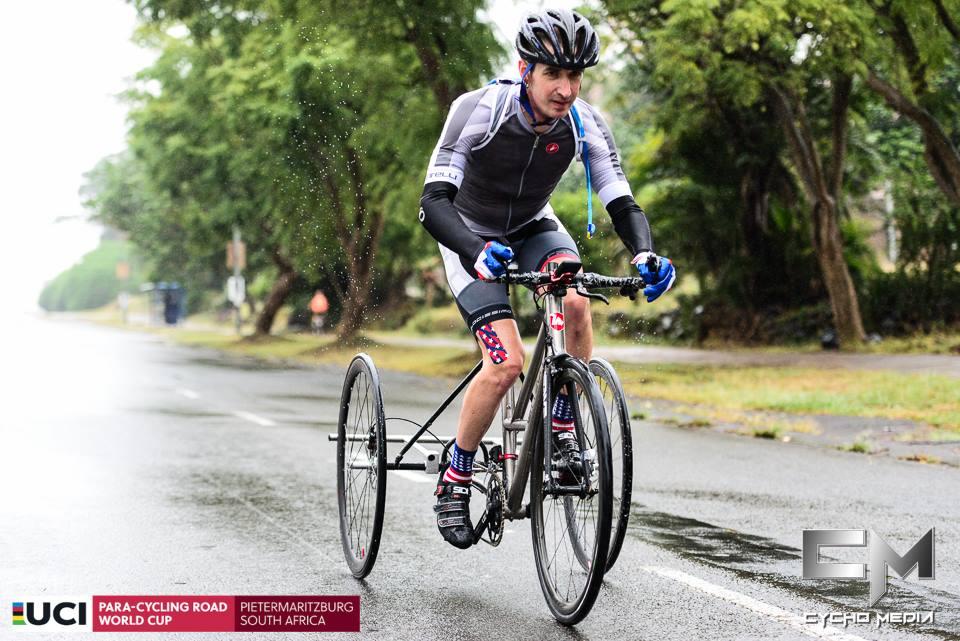 "3 per cent is still a chance..." says recovering quadriplegic aiming at Paralympics

A man who suffered a near fatal spinal injury that left him paralysed following a motorbike crash is now aiming his sights at cycling in the USA national Paralympics team.

Jay LaPointe, who lives in Las Vegas, Nevada, was given a 3 per cent chance that he would walk or feed himself again after crashing during a motocross training ride on June 10 2004. At the time he was a successful racer aiming to become a professional.

He spent years in rehab rebuilding muscle strength and learning to walk unaided, and after eight years LaPointe took up recumbent cycling to strengthen his legs and finally leave the wheelchair behind. The following year, 2014, he started competing as a para-cyclist and now, just two years later, he has set his sights on racing for Team USA with a custom built titanium trike.

LaPointe told road.cc: “Cycling in general has always been a part of my life in some form, from the early BMX bike days to it being a part of my training before my injury when I was competing in motocross all over the Colorado area."

Although he says the decision to return to cycling to it was easy, he didn't know anything about disabled cycling, and though he learned about hand cycling he wanted to use his legs which were "somewhat functioning" to improve his chances of walking again one day.

He said: “When I finally found that a fellow recovering quadriplegic, and now great friend, had an upright trike I knew that would propel me towards my walking goal."

Still recovering from the spinal cord injury, balancing was difficult at first, even on the trike. Initially, he couldn’t shift or brake, all he could do was pedal.

“I didn’t really care,” he said, “it just felt awesome to hold the handlebars and to have the wind in my face under my own power once again was, not to sound cliché, priceless.”

LaPointe approached Wittson, a company that specialises in custom titanium bikes, to build him a bespoke machine.

“Having a custom trike has made a huge difference in not just competing but everyday training rides have become easier as well," he says.

LaPointe says the frame shape itself was the main adaptation, along with Shimano Di2 electronic shifters because the function in his right hand is “pretty much zero”.

"The most obvious [adaptation] is the sloping top tube, which not only helps me not hit my knee repeatedly but also allows me to be able to dismount my trike much easier when I have a flat tire or to do something as simple as getting more water at the store,” he says.

“After hearing his story we were on it," Zukauskas said. "We have to admit, it was one of the most challenging projects we have ever been involved in, but it was worth it! A few weeks after Jay received his new Wittson frame, he went to South Africa to participate at the Para-Cycling World Cup and claimed a leader jersey in his division.

“We want to wish Jay all the best of luck in reaching his goals and also to thank him for being a real role model for so many of us.” 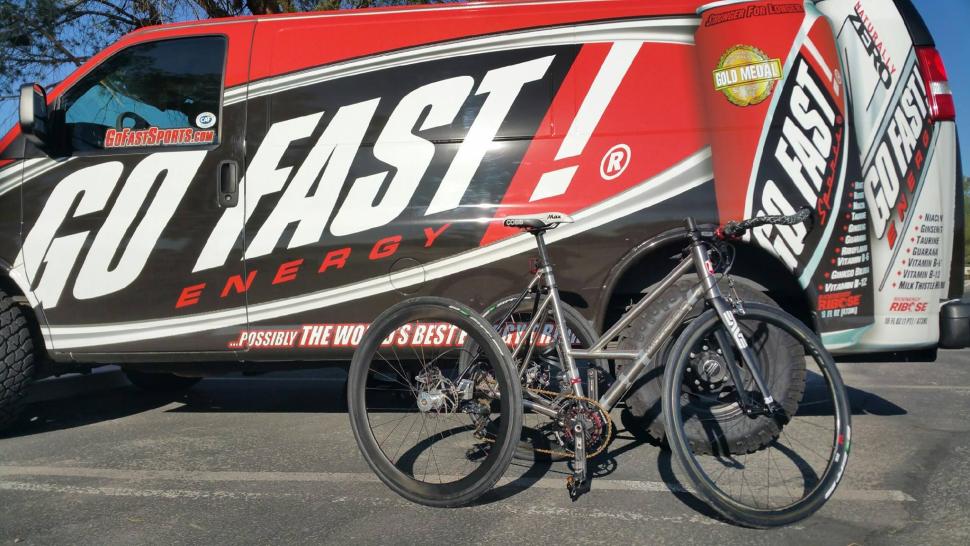 On his website, which logs his progress and cycling career since the accident, he says: “…the neuro-surgeon told me I had a 3% chance to ever walk or feed myself again.  In my book, 3% is still a chance, and whatever happens from here on out has to be better than giving up because someone said it would be impossible.”