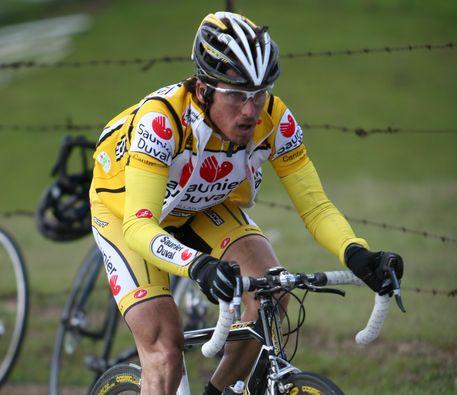 David Canada (cropped, licensed CC BY 2.0 by The Dublin Reeds on Wikimedia Commons).JPG

David Cañada, the former ONCE and Saunier-Duval rider, has died following a collision with another rider while taking part in a cyclosportive in northern Spain.

The Spanish rider, who retired from professional cycling in 2010, had been taking part in Saturday’s TowCar Puerto Ribogorzas event in the province of Huesca, Aragon, his home region.

The 41-year-old sustained head injuries in the crash, which happened early on during the event, and paramedics were unable to revive him, reports Heraldo.es.

Upon hearing of the crash, Cañada’s parents and wife Laura travelled immediately from his home in Ejea de los Caballeros near Zaragoza, only to be informed of his death upon their arrival at 12.30pm. The event was abandoned.

With overall victories in the Circuit de la Sarthe and Vuelta a Murcia in 2000, Cañada showed early promise in a career that would later be plagued by injury and illness.

In that year’s edition of the Tour de France, he finished fifth in the Prologue at Futuroscope behind David Millar, Lance Armstrong, Laurent Jalabert and Jan UIlrich.

Three days later, he was second overall and in the best young rider’s jersey following a team time trial from Nantes to Saint-Nazaire won by his ONCE team.

He finished that race, one of 15 Grand Tours he would compete in, 33rd position overall and fourth in the young riders’ classification.

A series of injuries and a heart problem hampered his progression, but he seemed to have put those issues behind him when he won the Tour of Catalonia with Saunier-Duval in 2006, the biggest victory of his career.

However, in 2007 he was diagnosed with skin cancer and despite an apparently successful operation, doctors discovered he had developed lymphoma, requiring him to undergo further treatment.

His final professional race was the Tour of Poland in 2008, and he retired in early 2010 after failing to secure a contract for that season.