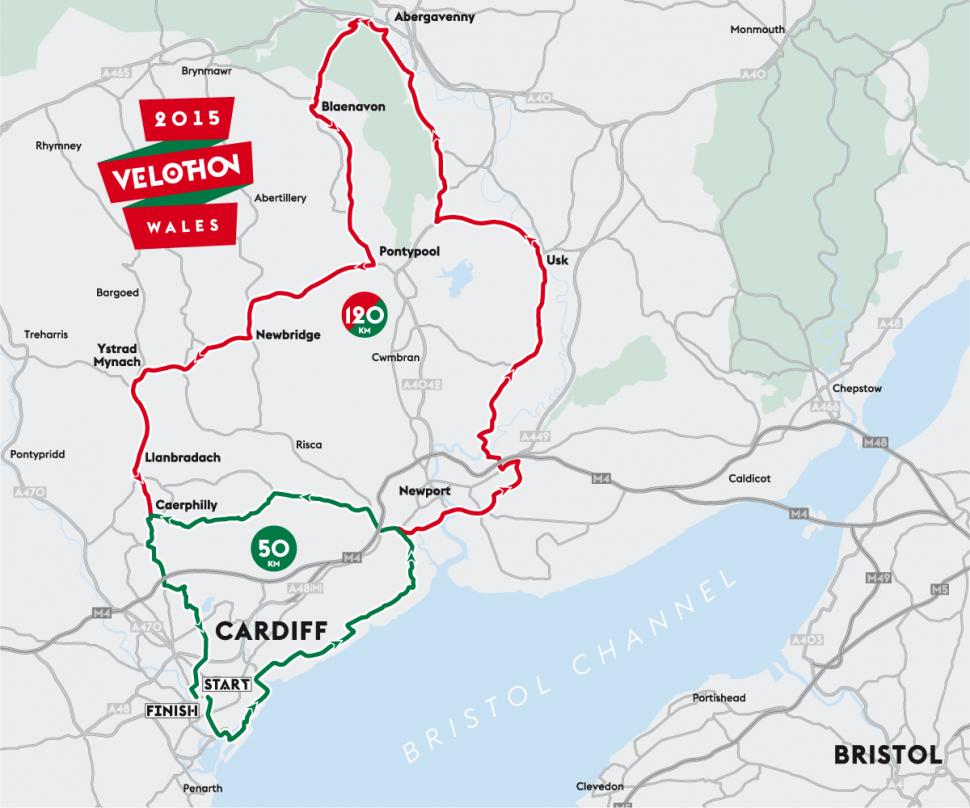 A councillor who dubbed sportive riders as “cycling Taliban” and joked about putting tacks on the road has dismissed his own comments as “a bit of banter”.

Independent Cllr Graham Down, of Monmouthshire County Council, made the comments about the Velothon Wales sportive, in which 12,000 people took part.

He asked on Twitter how to rid Monmouthshire of “pesky cyclists” before calling them the “cycling Taliban” and joking about throwing tacks on the road.

In response to a warning about tacks being left on the road by “Velothon protestors” the day before the event, Cllr Down said “Nothing to do with me. Honestly! My bag of tacks is for 2mrw”.

During the 2015 Velothon Wales event one cyclist suffered cuts and bruises after tacks were sprinkled on the road. One person said Cllr Down’s comment was “threatening” and inappropriate for a councillor, while another responded by asking for his resignation.

In response to outrage on Twitter Cllr Down said: “Should I be surprised at the childish vitriol and bile from the Cycling Taliban? Probably not. Just proves I was right about them all along.” He then went on to list cycling misdemeanours he claims to see on a daily basis. 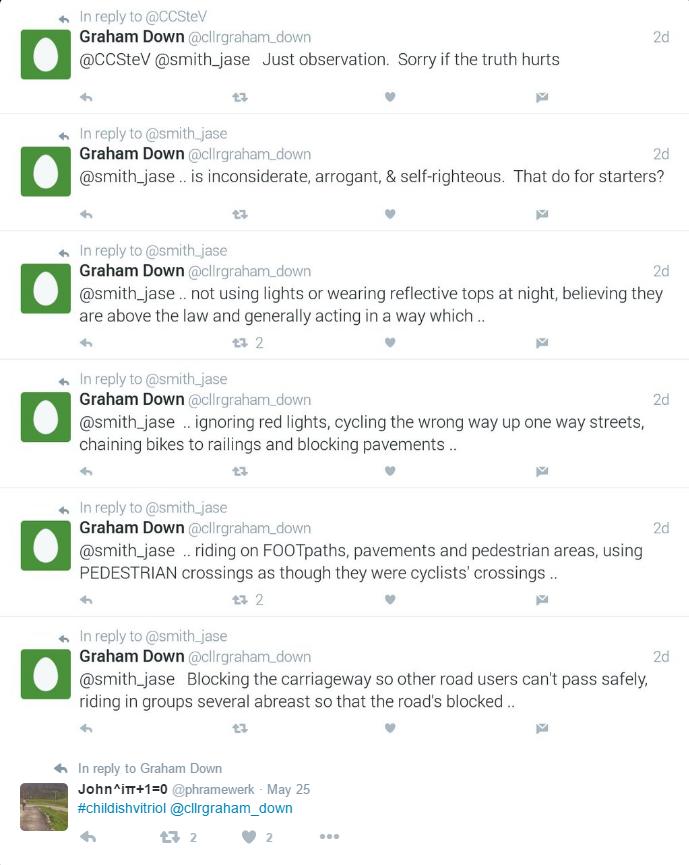 Cllr Down told the South Wales Argus: “I had a concern about the fact that the world is supposed to stand still for these cyclists,” he said.

“When I’ve been walking I’ve nearly been run over and on the roads cyclists in general don’t show a lot of consideration.

“As many of my councillors know I’m thick skinned and I will happily enter debate with anyone. It was just a bit of banter, a bit of fun that some people took the wrong way.”

However, cyclists felt differently, some are concerned the comments will stir up anti-cycling sentiment, while others say they are filing a complaint against the councillor.

Jason Dodd wrote: “Not only is it sad, but it deeply worries me that you have a position of authority. Your comments have been a disgrace.”

It states: “You should be respectful of the authority and your fellow employees. Derogatory comments are always wrong.”

“You must make sure that what you say is factual and avoid unnecessary or unproductive arguments,” it adds.