The Dutch city bike company's brand new, high-tech, 'smartest thing on wheels' SmartBike is available for preorders from May 31...
by Elliot Johnston

Dutch bicycle company Vanmoof have announced that their super smart unstealable SmartBike will be available for preorder on Tuesday May 31.

The 14.9kg, disc brake equipped, smartphone connected, self-lockable - without a key - lighting integrated, anti-theft GSM tracked, smart bike will set you back a quite reasonable £840, alongside free shipping.

The £840 price tag is reserved for the 3-speed Shimano Alfine hub model. The 8-speed hub, should you require that bit more flexibility, is priced at £990. 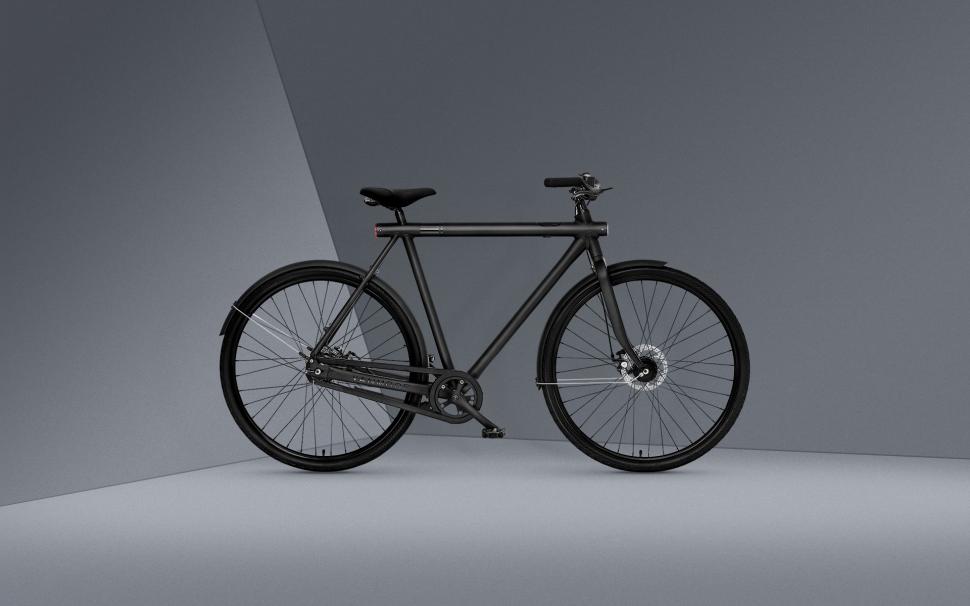 We know, we've seen the unstealable before, attached to bikes that - it turns out - were perfectly stealable. But the Vanmoof is a little different.

On top of a surprisingly compelling list of technological features that are designed to prevent your bike being stolen, Vanmoof have attached a guarantee to their bike that says: in the unlikely event that your bike is stolen, they will personally track it down and return it to you in two weeks.

If not, they'll replace it free of charge.

That is Vanmoof's Peace of Mind Service, and it's one of quite a few features that make the £840.00 bicycle look like a pretty good deal for the urbanite.

It's no mountain slayer, and its 15kg weight may sound pretty cumbersome, but on an upright dutch style city bike and on busy inner-city roads heavy can often be safer.

We reviewed Vanmoof's far less intelligent Vanmoof 6 back in 2013. Our man TR McGowran enjoyed his time with the bike on London's streets and said he was very fond of it, despite some questions over the single rear drum brake.

The SmartBike represents a complete sea change at Vanmoof. With the addition of front and read disc brakes, as well as the following list of technological features, the company's output would be almost unrecognisable if it weren't for their very recognisable style.

For an urban cyclist convenience, more often than not, is key.

The SmartBike offers you all of that convenience. This isn't a review, so we're not sure how things like the front and rear integrated lights perform, though they do look fantastic. 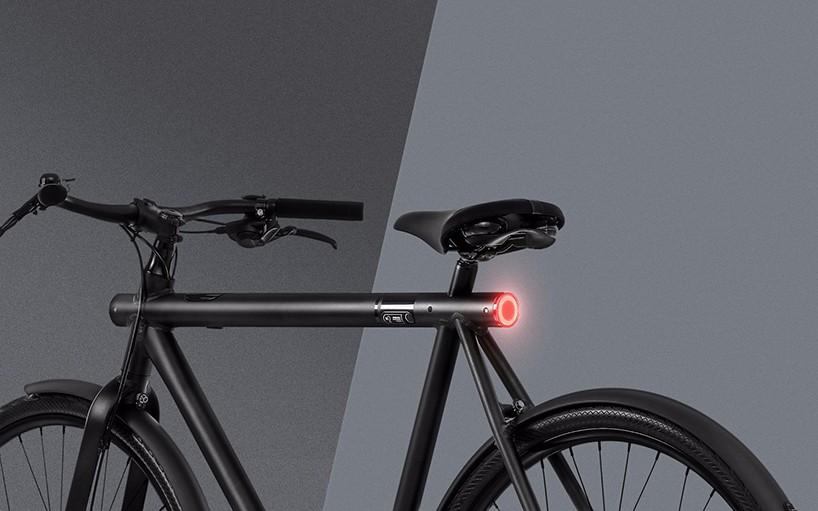 But one of our main concerns, having spent so many hours in the road.cc office fumbling around with weird bike tech, is the mobile phone connectivity.

The SmartBike is designed to sync up with your mobile phone. There's an app that tracks your riding stats, lighting options, and most importantly is responsible for locking and unlocking your bike. We've seen plenty of 'bluetooth connected' devices that had a really hard time connecting to bluetooth. So, the idea of relying on one of these connections to retrieve our bike, or keep it safe is a little scary.

Maybe we just need to get with the times and embrace the approaching technological tide. The folks over at designboom spoke with Taco Carlier, the cofounder of Vanmoof, who said: "We at vanmoof believe riders have shouldered the burden of bike theft for long enough.

"It’s great that there are thousands of engineers around the world working day and night to improve racing bikes and mountain bikes, but we found there’s been little focus on improving city bikes. that’s why we’re committed to solving major problems like bike theft – and to encouraging more urban commuters to swap four wheels for two."

We can't help but agree with Taco here, and think that maybe, just maybe, he might be on to something.