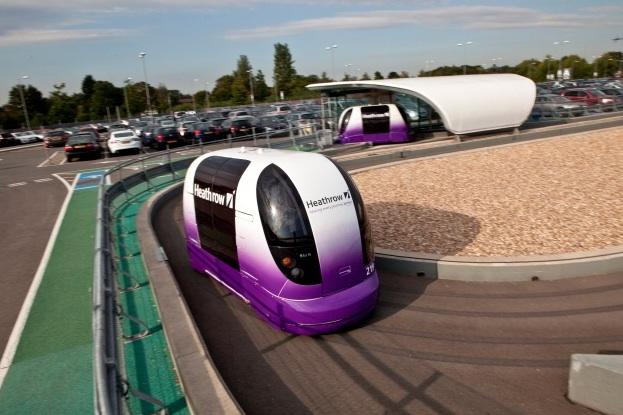 But without the infratructure, is it worth the effort?
by Sarah Barth

Heathrow Airport has appointed the first airport Cycling Officer in the world, with a particular focus of getting local staff riding to work and improving the infrastructure for them.

Ali Jafarey has been put in charge of the project - and his sights are set on the 16,500 local staff members who live within 5km of the airport.

Sustrans will be helping the project by giving training and advice on how to improve cycle routes.

Theo Panayi, Sustainable Travel Manager for Heathrow told Get West London: “We are looking forward to the partnership with Sustrans, which will make the airport’s cycle routes safer and more accessible, helping many of our 16,500 colleagues who live locally feel more confident about making the journey to the airport on their bikes.”

James Scott, Sustrans Programme Manager for Workplace Behaviour Change said: "Heathrow is the largest centre of employment in West London and is uniquely placed to deliver changes to the cycling experience our region."

Mr Scott added: "Our one year cycle partnership project will help make cycling to work the easy choice for staff, enabling them to travel more sustainable and ease congestion and emissions in local road networks.

"I look forward to seeing the changes that we create to deliver a great cycling experience, and improve employee wellbeing."

A study in February showed just one in 20 workers were cycling to Heathrow Airport who live 5km away , a figure which Heathrow's business resilience manager Ray Fitzgerald labelled "pretty disappointing".

This could be partly explained by the poor connections to the area at present.

Just last month we reported how police in Surrey fined a cyclist they found cycling on the M25 as he headed for London Heathrow Airport along the hard shoulder of the busy motorway. The man had earlier been told to get off the motorway by Highways England officials.

A video of the rider, a man aged in his 30s from Feltham, was posted to YouTube by Surrey Police, who said:

“It was reported that the man was initially traveling along the hard shoulder of the anti-clockwise carriageway between junctions 11 and 13. He was escorted off the motorway by Highways England officers and given guidance for an appropriate route.

“A short time later the cyclist re-appeared on the slip road of the clockwise carriageway of the M25 traveling in a clockwise direction between junction 13 and 14 before continuing his journey on the spur road to Terminal 5 of Heathrow Airport. He was stopped by officers from Highways England and an officer from Surrey Police Roads Policing Unit was called to assist.”