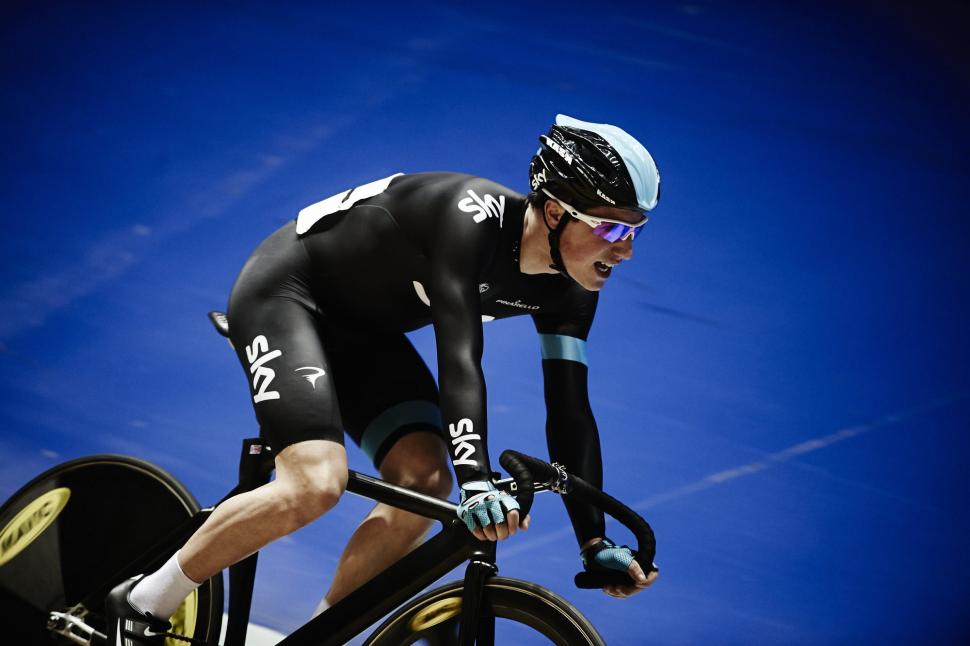 Team Sky’s Peter Kennaugh faces a race against time to support Chris Froome’s bid for a third Tour de France victory in four years this July after breaking his collarbone at the Tour of California yesterday.

The injury also makes it doubtful that the Manx rider will be able to defend his national road race title in Stockton-on-Tees next month, where he could become the first man to win the British champion’s jersey three times on the trot.

Kennaugh crashed shortly before the start of the climb to the summit finish of Gibraltar Road in Santa Barbara County on yesterday’s Stage 3 of the race. Onboard footage shows the crash from a number of angles.

“He lost some skin from his shoulder and elbow, but sustained no other injuries.

“He is now in a sling and getting pain relief and the plan is for him to return to the UK on Wednesday, with a view to seeing a shoulder specialist as soon as possible."

The extent of the injury, and whether surgery is required, will determine how quickly Kennaugh can target a return to racing.

With the Tour de France starting in Normandy in a little over six weeks’ time however – and the national championships taking place a week before that – Kennaugh’s place is very much in doubt, and his absence in the Grand Tour would be a blow to Team Sky.

While some riders do return to racing within a month and a half of a collarbone fracture – in 2012, David Millar was back in the peloton for a one-day race five and a half weeks after suffering such an injury at the E3 Prijs Vlaanderen – riding the Tour de France as a first race back is clearly an entirely different proposition.

The same year, Fabian Cancellara sustained a multiple collarbone fracture at the Tour of Flanders and required an operation. He was out for seven weeks, returning for the Bayern Rundfahrt and also riding the Tour de Suisse ahead of the Tour de France, where he won the prologue, with the race starting a full three months after his injury.

Kennaugh’s absence from the Tour de France would deprive Chris Froome of a rider expected to have a key role to play as a climbing domestique.

In the following days in the Alps, Froome’s leadership of the race came under intense pressure as he lost almost two thirds of the 3 minutes and 10 seconds advantage he had held over Nairo Quintana at the point Kennaugh left the race.