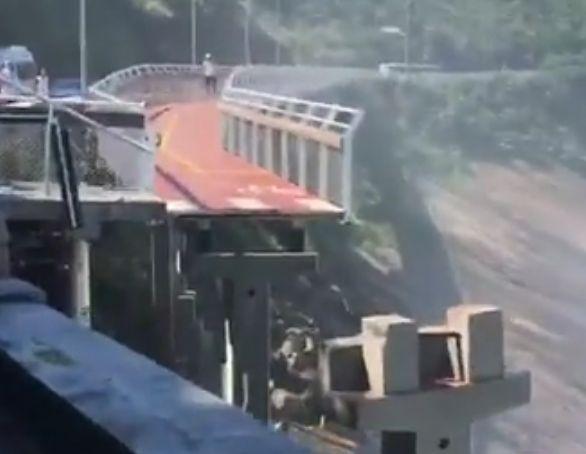 A judge in Rio de Janeiro has ordered the closure of a 4km coastal cycle route built ahead of this summer’s Olympic and Paralympic Games. The decision comes after two cyclists were killed last month when a section collapsed into the Atlantic Ocean. The city says it plans to appeal the ruling.

The bike riders were killed when a huge wave caused the collapse of a 50-metre section of the clifftop Ciclovia Tim Maia, which opened in January and runs between Leblon and Sao Conrado.

Amid concerns over the integrity of the piers supporting the cycle route and fears that a similar tragedy could occur elsewhere on it, city councillor Teresa Bergher filed a lawsuit demanding that the entire 4km cycleway be closed, reports O Globo.

Judge Marcelo Martins Evaristo da Silva said that he had imposed the ban “to avoid the risk of accidents to pedestrians and cyclists,” although they will now have to use a shared-use path on the busy Avenida Niemeyer which runs alongside the closed route.

Confirming on Saturday that the city would appeal, Rio mayor Eduardo Paes said that while it would “respect the court’s decision, the ban harms the residents of Vidigal,” a suburb on the route.

He added that the demolishing the bike path was out of the question from the city’s point of view. “Technically, there is no such need,” he insisted.

An inquiry is ongoing into the causes of last month’s tragedy, with manslaughter charges one potential outcome.

A preliminary expert report commissioned by the Institute of Criminology Carlos Eboli (ICCE) says the collapse was due to the lack of pre-construction study into the impact of waves on the pillars, and inadequate fixing of the track onto the pillars.