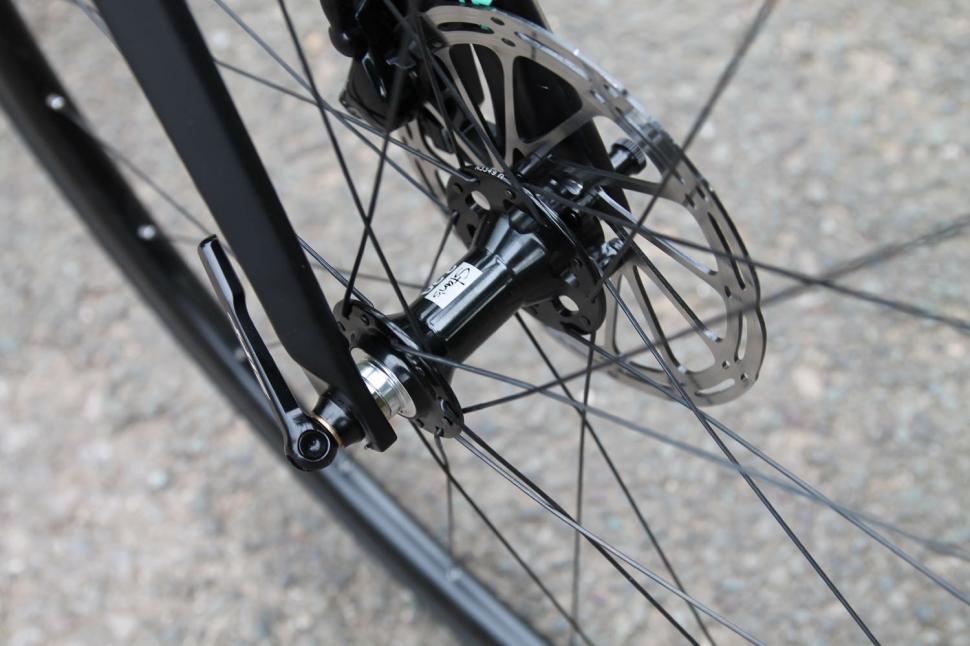 More than 3,000 British riders took part last year – how many will be affected by disc ban this year?
by Simon_MacMichael

A road.cc reader with a road bike with disc brakes has been told he is not entitled to a refund of his entrance fee to this year’s L’Etape du Tour despite the ban on  disc brakes announced by the French cycling federation, the FFC, last week.

The ban, which follows the UCI’s suspension of a trial of disc brakes within the peloton, applies to all events organised under the umbrella of the FFC, including cyclosportives such as L’Etape du Tour.

The UCI’s decision to bar disc brakes in pro racing came after Movistar rider Fran Ventoso sustained a serious cut to his leg in a crash at Paris-Roubaix, with the Spanish rider maintaining a disc brake caused the injury.

It has been reported that insurance concerns were a factor in the FFC’s decision to follow suit. As we reported yesterday, the Spanish federation, the RFEC, has also now forbidden disc brakes from road events including sportives.

The FAQ section of the Etape du Tour website states that “All types of FFC approved bikes are accepted, with the exception of electric bikes.” Since last week, road bikes with disc brakes now fall outside that definition.

Following the news of the FFC’s ban last week, Mark Ireland wrote to Etape du Tour organisers ASO Challenges to clarify the position including whether he could obtain a refund of the €143.99 he had paid them, which included the €100 entry fee,  €5 insurance charge and extras such as photos.

He asked: “Are you able to confirm whether or not road bikes with disc brakes will be permitted at the event?  If not, I assume that it will be possible to get a refund on the entry.”

He was told: “According to the rules of the Etape du Tour, the disc brakes are not allowed for this race.

“Every person who registers to the Etape du Tour agrees with the rules and accept them without any reserves. These rules explain that every participant will have to do the race with material approved by the FFC (and thus the UCI). Disc brakes not being so, your bike is not permitted on the Etape du Tour.

“Controls equipment (as doping controls) are made by federal authorities or independent and not by the organizers.

“In terms of insurance and your responsibility, if you realize the race with a non-certified equipment, not respecting the rules of the competition, you will not be covered by your insurance.”

The decision to ban disc brakes from the event is out of ASO’s control, and the FFC regulations governing what is and isn’t allowed are the ones in force at the time of the event, not registration, but Mark’s frustration in the circumstances is understandable.

He told road.cc: “I decided to build up a road disc bike (Bowman Pilgrims) because of the versatility that a road disc bike provides for riding in the UK, the ability to take the single track road that you'd normally give a miss on your conventional 23mm road bike, the year round braking confidence.”

We asked him whether hiring or borrowing a bike was an option. “I have looked at hiring a bike,” he said, “but personally don't much fancy tackling the descents of the Alps on an unfamiliar bike, I'd considered that more of a risk than running disc brakes.”

As for ASO’s attitude, he added: “Personally I think that that they haven't really considered the impact to everyday riders, who perhaps, don't have more than one bike to choose from.  Most of all I'm frustrated by the lack of communication.

“There has been no email or website communication.  I had to get in touch with ASO following seeing the story initially on road.cc.”

After France, cyclists from the UK make up the next biggest national contingent, accounting for more than one in five of the 15,010 entrants last year.

In Europe, the British market, less conservative than countries such as France and Spain, is leading the way when it comes to uptake of disc brake equipped road bikes.

Indeed many sportive bikes on the market now, such as the Giant Defy, come as disc brake only, as does most of the Cannondale Synapse range.

They’re proving popular among sportive riders too, and with cyclists from the UK making up more than one in five Etape du Tour entrants – the biggest national contingent after France – Mark is unlikely to be the only one in this situation.