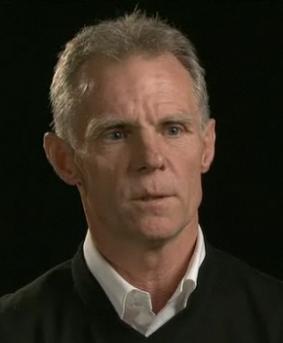 The latest claims about Shane Sutton are that he referred to para-cyclists as ‘gimps’ and ‘wobblies.’  The British Cycling technical director is currently suspended pending an investigation into discrimination allegations.

"The attitude towards them was abysmal. We were tolerated at best. The term used to refer to us was generally 'gimps', with another word in front of that. I know others had an issue as well with not being allowed on the track and not being given time to prepare for competitions."

The paper also quoted another source who is said to have worked closely with Sutton, who claimed: “They were referred to as wobblies. It was an in-joke used to describe para-cyclists.”

Referring to his time with British Cycling as “one of the most unpleasant periods of my life,” Kenny said that he didn’t think ‘some people’ ever considered para-cyclists to be elite athletes, “and since I’ve left I’ve not seen or heard of any change towards equality.”

He also had words of support for Jess Varnish whose sexism allegations precipitated the current saga, backing up her view that there is a culture of fear preventing other riders from speaking out.

“It makes it very difficult for someone like Jess when they stand up and say something because you can’t get any back-up from riders who are in the system because they’re all scared of losing their place. Then anyone that’s out of the system is branded bitter or not good enough.”

Earlier in the week, Victoria Pendleton highlighted the paucity of women in leadership positions within British Cycling and Kenny too sees this as symptomatic of wider cultural failings.

“A lot of the male riders go on to work for British Cycling after their careers have finished. I don’t know of any women or para-riders who have gone on to work for them afterwards and I think that reflects the hierarchy.”

In addition to Sutton’s suspension, British Cycling has announced the formation of an independent review, in conjunction with UK Sport, of the federation's performance programmes following allegations of discriminatory behaviour.