Vicchiojo casts his eye over last week's sixth edition of the Bespoked Bicycle Show showcasing the cream of the UK (and beyond) custom building scene...
by VecchioJo

The annual celebration of the UK framebuilding scene is all done and packed away all the shiny and pretty from it’s outing at the Bespoked Handmade Bicycle Show. The sixth running of the show saw 100 or so of the world’s finest artisan framebuilders and bicycle goods designers gather at Brunel’s Old Station in Bristol for the weekend to proudly show off their skills and wares.

Bespoked has become the highlight of many framebuilders years and the levels of craftsmanship on show can hide the high levels of panic endured in the preceding weeks to get everything brazed, welded, painted, polished and finished on time. Alongside the lines of immaculate kinetic sculptures of metal and rubber were racks and tables of cycle accessories, clothing, footwear, art and literature. And in the top corner the Look Mum No Hands café served food, coffee and beer to keep your energies up for your keen browsing, ogling and fondling. I can recommend the scotch eggs.

Friday saw the show open and the coveted awards ceremony in the evening. In a departure from the normal Bespoked voting process there was no winner per se for each category but experts chosen by the Bespoked team for each award were asked to vote on their top three bikes in their favoured field rather than deciding on a ‘Best’. 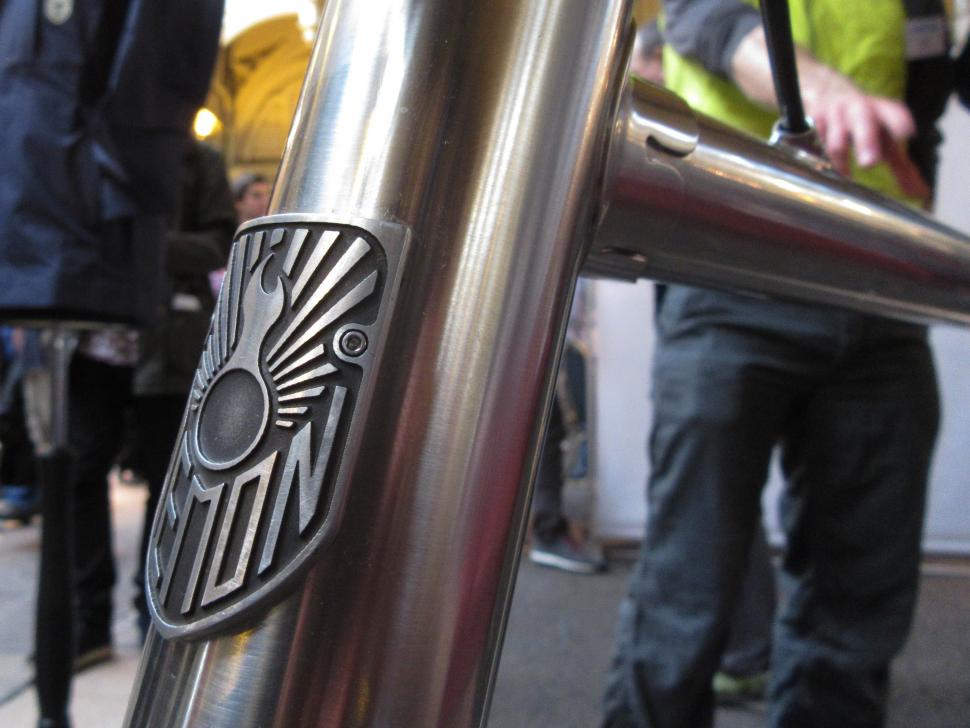 Road.cc were on hand to judge Road Bicycles and picking three from the scribbled list that filled the notepad page wasn’t so easy. We tried to look behind the paint at craftsmanship rather than just be bamboozled by fancy colour schemes, something that made the job of choosing the bike on the top of the list a bit easier. That place belonged to the naked Demon Frameworks bicycle, which also made the Cyclist Magazine top three too. The quality, and amount of labour that had gone into the manufacture of the frame was outstanding, with each lug hand cut, formed and decorated, with the rest of the frame dripping with tiny bespoke details. With that amount of work involved it was no surprise it was the only bike on the Demon stand. The price of the frame isn’t cheap settling somewhere towards the fat side of £4K, but framebuilder Tom Warmerdam probably got it in at about minimum wage. 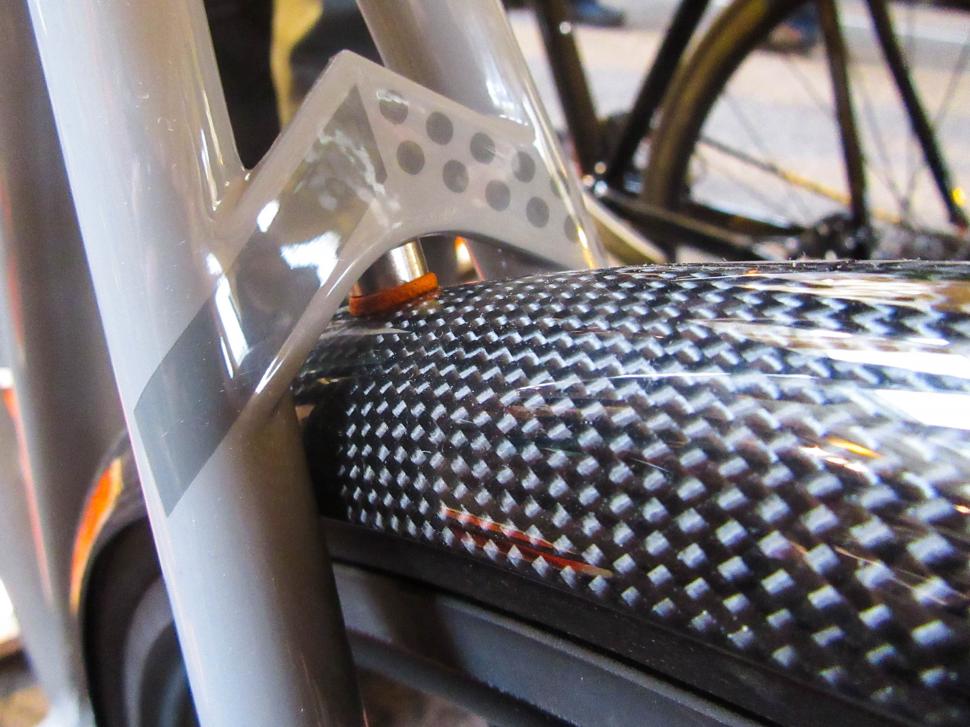 The road.cc runners-up were the August Bicycles winter bike, with mudguards so elegantly integrated into the bike it took a while to realise that the bike actually had mudguards on, and you have to admire a framebuilder that custom colours a spacing washer orange. Another of August Bicycles Gavin Buxton’s bikes won a rosette for being on the Urban Cyclist list for town and load-carrying bikes, not bad going for a stand with only three bikes on. The Talbot Frameworks 'Sneaky Little Bastard' rounded off the road.cc list, an elegant combination of steel with a carbon fibre seat mast, a direct-mount caliper brake hidden underneath the chainstay allowing for clean lines and a skinny thin set of seatstays. And yeah, the paint job was subtly intricate. 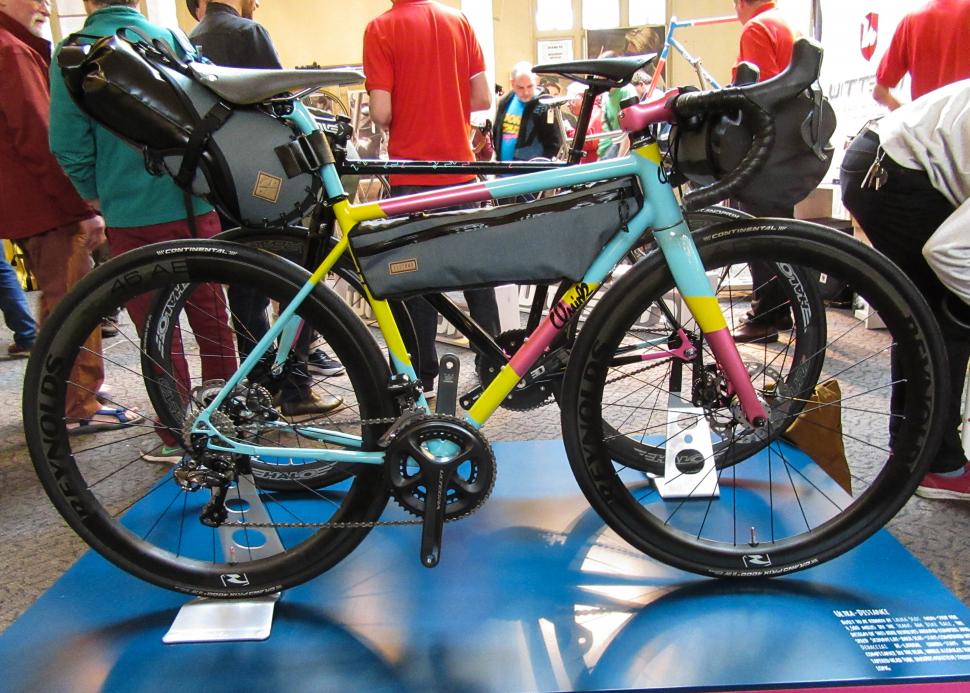 There’s a full list of award winners here but other frambuilders that did well in the rosette stakes were Saffron Frameworks and new kid on the block Quirk Cycles who both had a trio of rosettes apiece on their stands, and it’s an indication that the show respects both new builders and those with a little more of a palmares with equal respect. Old hands like Condor, Enigma, Reilly, Swallow and Holdsworth rubbed shoulders with softer-skinned Rusby, Granule and Hartley Cycles. 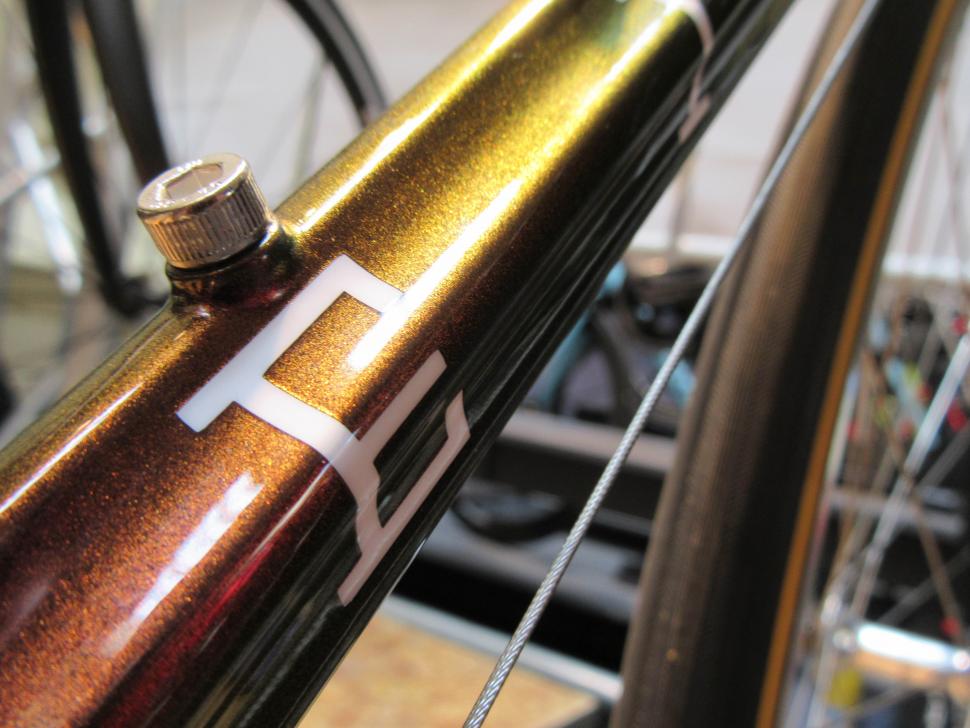 As you would expect from a custom framebuilding show there was a lot of steel on display, a lot, and you could covet both a selection of traditional lugged frames or ooze over what some builders are doing with more modern steel tubesets and pushing the materials boundaries as much as they dared. 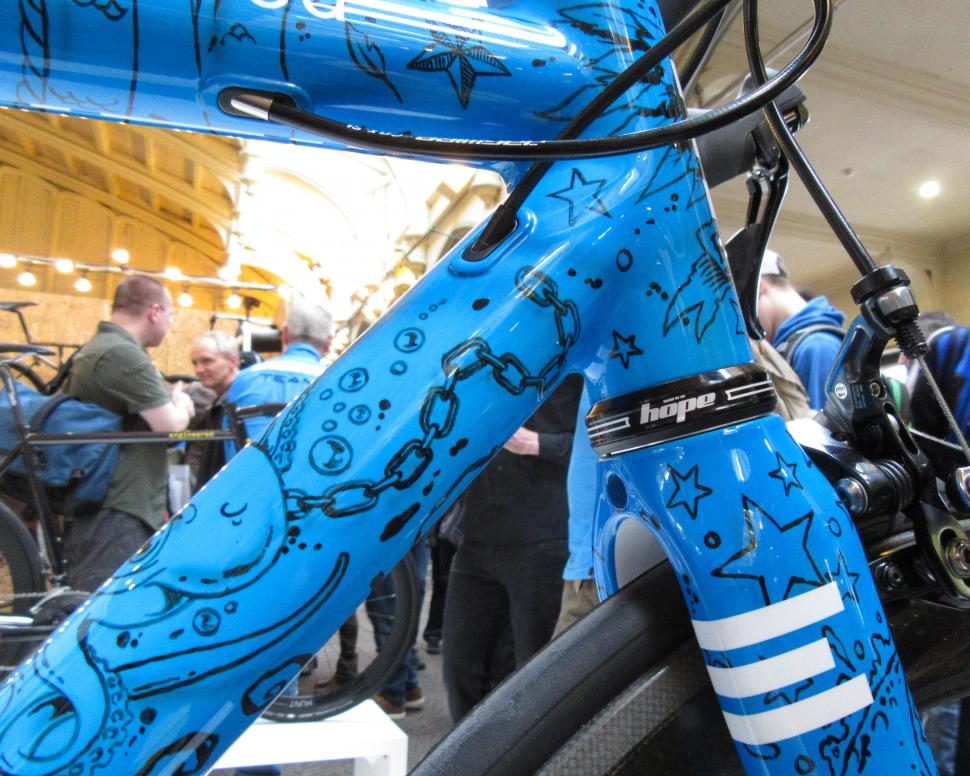 If you weren’t a ferrous fan then there were titanium, carbon and alloy (even Scandium, remember Scandium?) bikes to distract your wallet. The atmosphere of Bespoked is open and informal and it’s easy to stop and chat with any framebuilder whose craft might tickle your eye. They each have interesting stories to tell, reasons why they do what they do, design and material related theories, and you could easily spend all three days of the show if you wanted to thoroughly explore your next bike options. 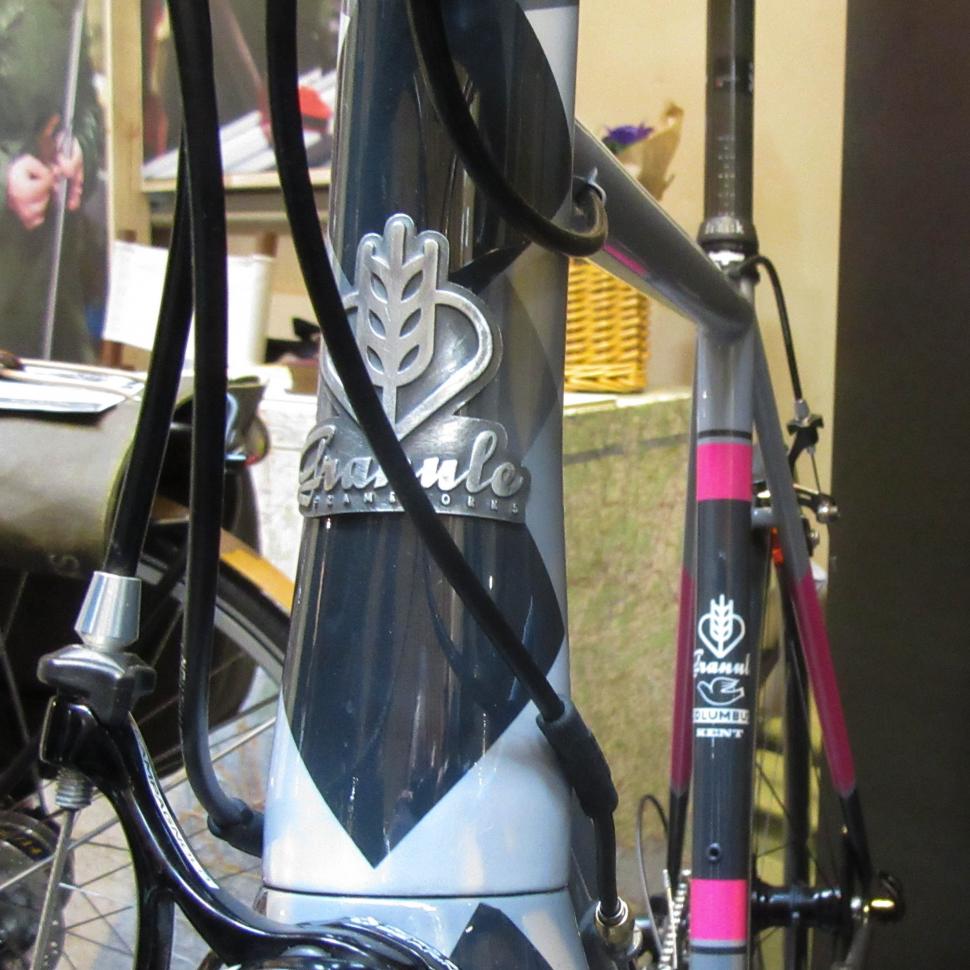 Add to that a series of talks and films from framebuilders, bike riders and technical types that you might find interesting plus the world premier of the Hack Bike Derby edit and Bespoked can happily fill up your weekend. 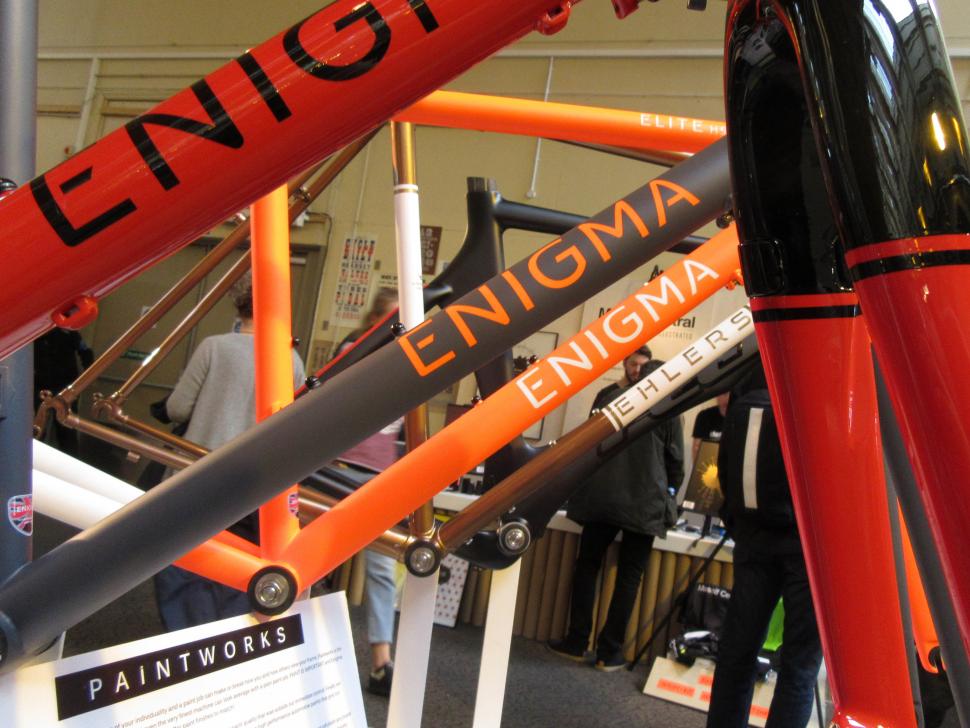 If you weren’t one of the 6000 visitors that made it through the Bespoked doors or you did and you think you missed a bit then browse the galleries, we've round up a ridiculous amount of photos to look at.