Spilled oil from a crashed motorcycle was the most likely cause of the crash that ended Fabian Cancellara’s challenge at Paris-Roubaix on Sunday, road.cc has learnt from a spectator at the point where it happened.

Matthew Evans was standing at the roadside at the Mons en Pevele sector of cobbles, which runs for 3,000 metres starting at 48.5 kilometres from the finish.

He told us of how the engine oil came to be on the precise spot where the Trek Factory Racing rider crashed, ending his hopes of winning the race for a record-equalling fourth time.

“Three vehicles in a ‘tourist’ moto convoy went down around 30 minutes before the peloton arrived,” he explained.

“One of the motos that crashed heavily on its side spilled thick black engine oil on the *exact* spot that Fabian’s wheel slipped out.

“A couple of locals (shown in the picture below) mopped the worst of it up with newspapers, but the cobbles were left coated in grease,” he added. Cancellara had been riding in a group including world champion Peter Sagan of Tinkoff and 2014 Paris-Roubaix winner Niki Terpstra from Etixx-Quick Step when the crash happened.

The first two were chasing hard to try and reel in the lead group containing eventual winner Mat Hayman of Orica-GreenEdge plus Terpstra’s team mate Tom Boonen and Ian Stannard of Team Sky when Cancellara’s front wheel slid out.

The crash ended any hopes Cancellara had of contesting the win, and also resulted in Terpstra abandoning the race with a knee injury. Sagan narrowly avoided coming down by executing a spectacular bunny hop.

Here’s Terpstra being treated at the roadside – luckily he sustained nothing worse than a contusion to his knee. 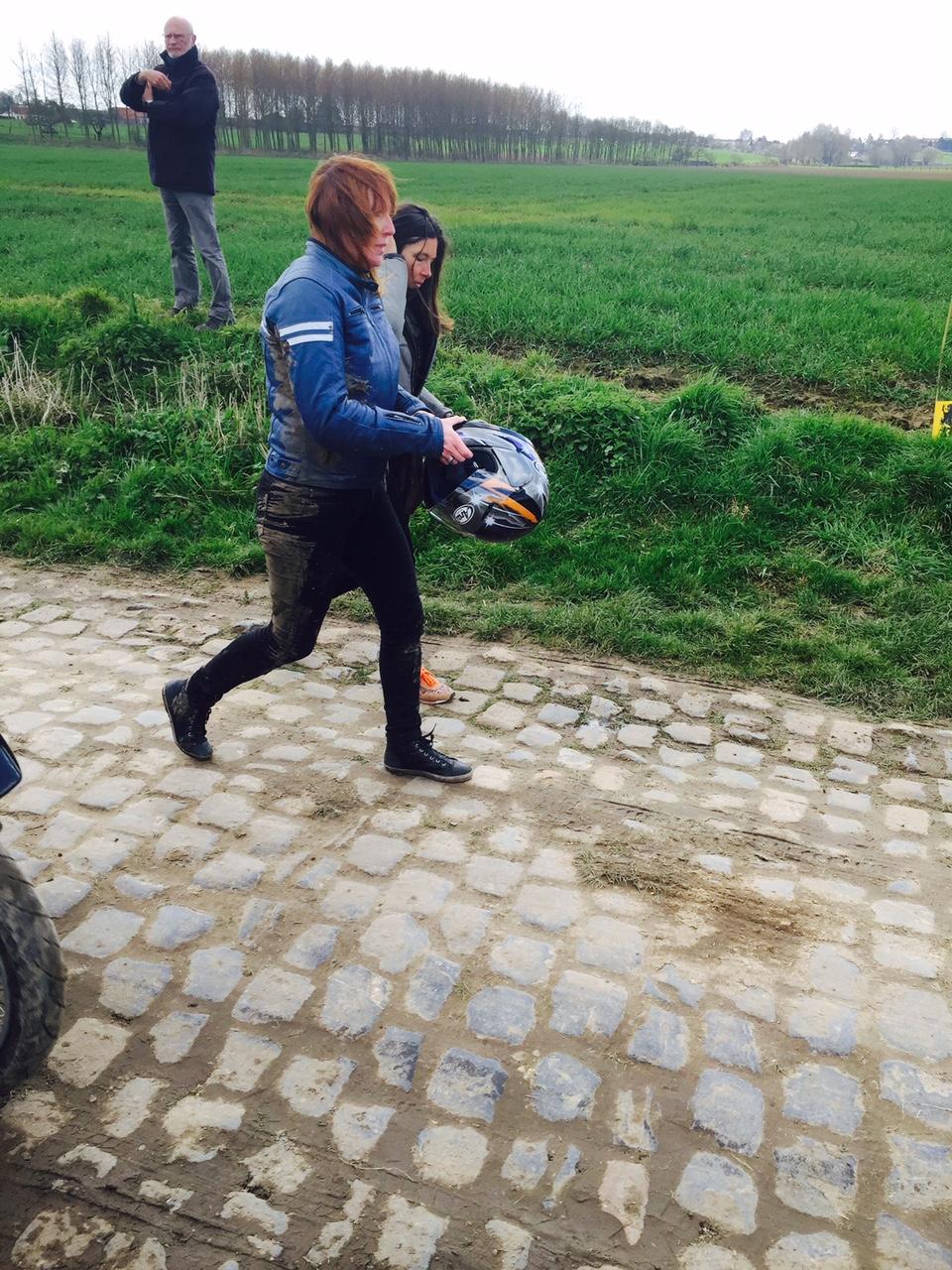