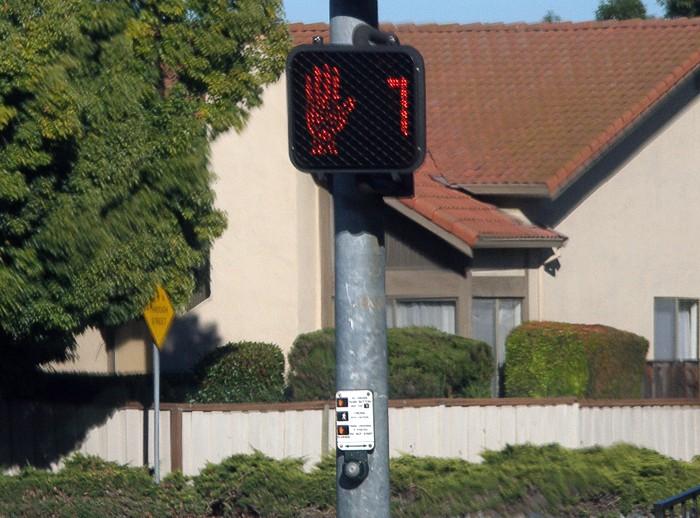 US-style countdown pedestrian crossings to be trialled in London

BBC claims TfL to test lights that let pedestrians know how long they've got to cross the road...
by Simon_MacMichael

American-style pedestrian crossings with lights that show a countdown of how long is left to safely cross the road are set to be trialled in London, according to BBC News, which says that it has seen leaked documents confirming that the concept is set to be tested in eight locations around the capital, including Balham, Blackfriars and Holborn.

The scheme is reportedly being tested after a survey by Transport for London (TfL) found that a significant proportion of pedestrians did not know how much time they had left to cross the road once the green man started flashing.

Pedestrian crossings showing how many seconds remain before the traffic lights change are common in the US – the one pictured is in Cupertino, California, technology giant Apple’s home town – and the BBC says that TfL is due to announce the trial in London on 21 June, and hopes to test the lights at other locations.

BBC News adds that the TfL study’s authors found “research showed many pedestrians assume the only safe time to cross is when the green man is displayed at junctions.”

The report continued: "In fact, the green man only signals the invitation to start crossing the road, and the blackout period that follows continues to give people the right of way.

"This means even if a pedestrian steps off the kerb as the green man signal goes out and the blackout period begins, they still have enough time to cross the road before traffic starts to move."

The trial crossings will be closely watched by TfL, and the report says it “hopes to be in a position to consider introducing the Pedestrian Countdown systems at additional junctions across London."

However, the BBC found at least one Londoner who gave the idea a lukewarm reception, Andrew Bowden, who said "I saw one of these in Dublin. It kind of made me feel rather stressed in an 'Only 30 seconds to cross, must hurry up' way."