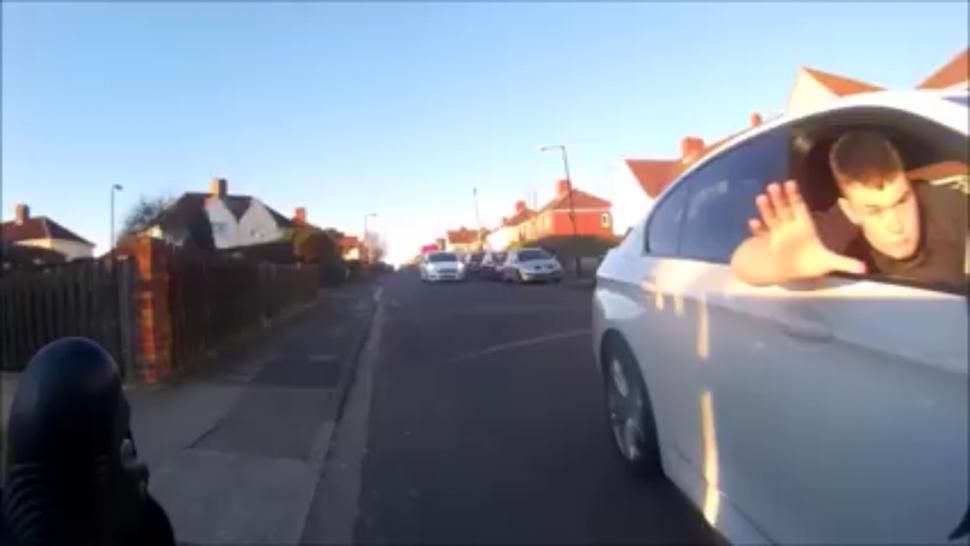 Avon and Somerset Police are appealing for information about the identity of the BMW driver who attempted to shove a cyclist off his bike in an unprovoked attack earlier this week. The incident, which took place on Wordsworth Road in Horfield at around 5.20pm on Monday was captured by victim Dave Edmonds’ handlebar camera.

A force spokesman said: "The cyclist reported the incident, which happened in Wordsworth Road to us at about 9.15pm [on Monday], advising that he had been pushed by someone in a white car which went past him earlier in the evening. We are treating the matter as common assault and police enquiries are continuing."

Edmonds told the Bristol Post that he felt police were right to treat the incident as common assault.

"I do think that is right. He pushed me with the intention for me to fall off, which would clearly have caused harm. It is the same as if someone comes up to you and pushes you on the street. And he needs to be taught that there are consequences.

Edmonds said that he had suspected the motorist was about to do something because of his position on the road and the way he was looking at him.

"I was just shocked really. I have had people shout names and abuse at me while cycling, but never anything like this before. He didn't say anything to me, he just shoved me. I don't think I was a target as such, I was just there.

"It is wrong, and it is clear that he was intending to cause me injury. Thankfully I just wobbled, it could have been a lot worse if I had come off or if the road was busier."

He said that his attacker didn't shout before or afterwards and that he doesn’t think he was targeted for any particular reason. “I guess I was just the nearest person to him and he wanted someone to annoy. In a way I feel sorry for him if that is what he does for fun."

Asked about interaction between motorists and cyclists on the roads, Edmonds said:

"I am both a driver and a cyclist, so can see it from both sides. I have experienced many cars who have driven too close to me or erratically, but equally I have seen cyclists who go through red lights, wend through traffic or don't wear reflective clothing. It definitely goes both ways.

"There need to be a mutual respect between drivers and cyclists – but whatever happens this kind of behaviour is not acceptable."