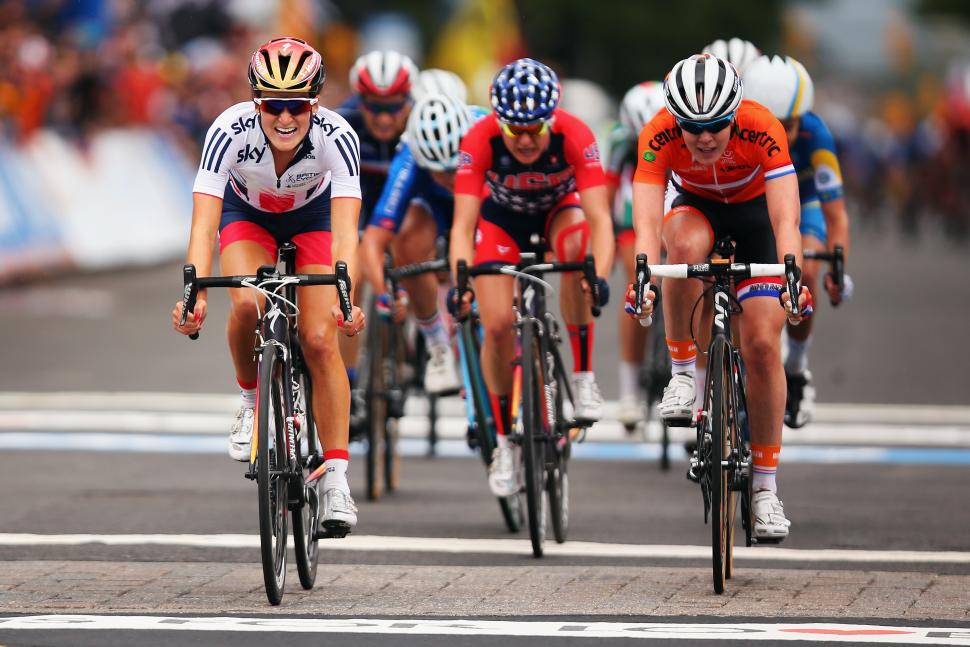 British Cycling has confirmed it is in talks with George Osborne, and is asking for £25-£50m for the event and legacy facilities across the country
by Laura Laker

British Cycling has confirmed it is negotiating a multi-million pound bid with the Treasury to hold the World Road Race Championships in the UK for the first time since 1982.

The Guardian reports British Cycling will ask for a £25-50m input from George Osborne for both the 2019 event, which will likely take place in Leeds, and a legacy of up to 100 off-road cycling facilities nationwide. So far the Treasury is said to have pledged £10m to improve facilities.

Although Yorkshire is the government’s preferred location British Cycling says its priority is securing funding to ensure the sport grows across the country. The decision on whether to bid must be made by June, however, as the UCI demands applications are made three years ahead of an event.

British Cycling’s Ian Drake told the Guardian the £25-50m is an aspirational figure to ensure the event secures a legacy, which would form part of the bid. “What we have said to the government is that this is fantastic, we would love to do it, but we need a substantial legacy to put in a bid to the Union Cycliste Internationale,” he said.

“We don’t want an event that just comes and goes. We want to make sure that every kid that sees it has somewhere to go and ride their bike”.

He points out this would not be an unprecedented investment: in 2014 £40m was awarded to the Football Association to invest in modern, artificial football pitches.

Drake’s plan is to attach cycling facilities to existing multi-sports facilities. He said: “Cycling could potentially be the most popular sport in the country if kids had places to go and ride their bikes. The return on investment would be fantastic and a legacy like this would strengthen our position with the UCI in terms of getting [the Worlds]. Let’s leave a permanent legacy in every town and city with traffic free facilities”.

In February George Osborne voiced a preference for the event to be held in Yorkshire, home of the Tour de France Grand Depart in 2014 and the new three day Tour de Yorkshire, as part of the Government’s long-term plan for the area. The events’ Gary Verity has expressed a desire to see the event come to Yorkshire, saying the region has cycling at its heart. However, the Worlds will require eight days of road closures, due to the multiple categories and various age groups involved, which means it is likely to cost more than the Tour.

According to the BBC Online there is the potential for further funding to be spread across the next Parliament.

The Worlds were last held in Britain in 1982 at Goodwood in Sussex. On that occasion, Mandy Jones took the women’s title on home soil, while Italy’s Giuseppe Saronni beat Greg Lemond and Sean Kelly in the men’s road race.

This year’s event is in Doha, Qatar, before visiting Bergen in Norway, and Innsbruck, Austria.