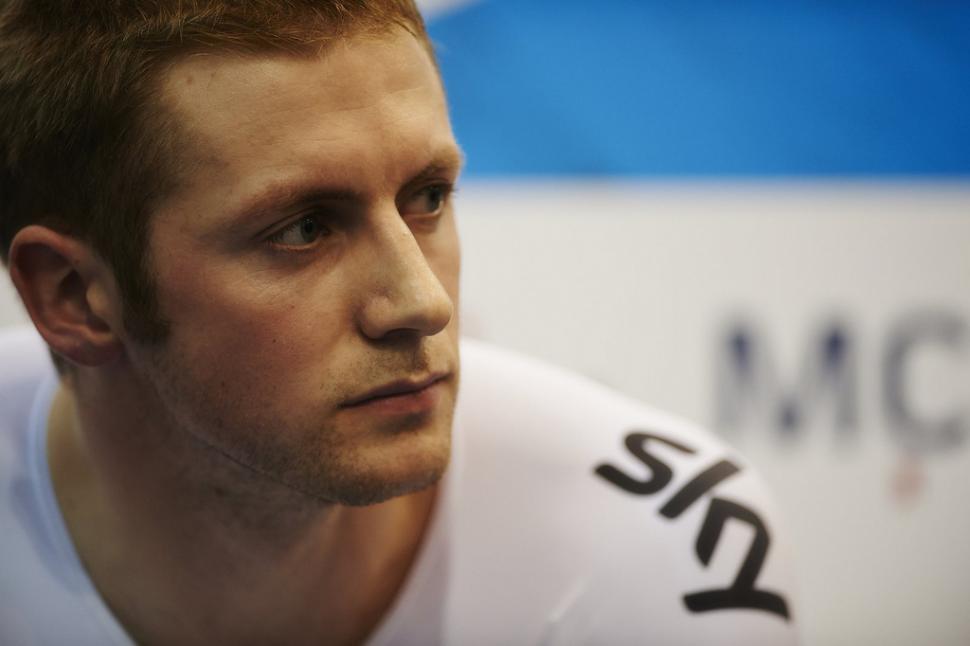 Ahead of the UCI Track World Championships in London this weekend, two riders who led Team GB’s gold medal charge there at London 2012, Jason Kenny and Laura Trott, have given interviews that provide a glimpse of the relationship between Great Britain’s riders and coaching staff. And their comments suggest all may not be especially rosy, with Kenny saying riders are "treated like kids."

After picking up two Olympic gold medals apiece during that heady summer – Kenny in the team and individual sprints, Trott in the team pursuit and omnium – the pair announced to the world that they were a couple by appearing together at the beach volleyball on Horse Guards Parade. They subsequently got engaged at Christmas 2014.

Last week, Great Britain Cycling Team technical director Shane Sutton criticised Katie Archibald as it emerged that the crash before Christmas that has put her participation in this summer’s Olympic Games in Rio in doubt was due to a motorcycle crash.

She had first revealed details of her injuries – a broken elbow and ruptured anterior cruciate ligament – in a column in Scottish newspaper The Herald, but did not disclose how they came about.

Sutton said it was “crazy” and a “really bad choice” that Archibald, who has become a key member of the women’s team pursuit squad, would choose to ride a motorbike in the rain that close to the Olympics.

But Trott, quoted on Sky Sports, insisted that it was important for riders to have interests away from sport.

She said: “We have got to have a life outside of cycling. If you get so wrapped up in just being here [the Manchester Velodrome], all you would do is ride around in circles and sit on a sofa all day. I don't think you can live a life like that.

"We wanted her in the team. It would have been great to have had her at this World Championships and have what will probably be our Olympic team, and put those riders on the start line.

"She didn't have to ride a motorbike, but if you did everything the way you should do everything, we wouldn't enjoy it,” she added.

Kenny was more forthright in his views on the way some of Britain’s leading track riders are treated.

In an interview with the Telegraph’s Tom Cary, the three-time Olympic gold medallist made it clear that he felt that criticism, such as Sutton’s questioning of the hunger of the country’s track team, was unwarranted.

"Shane says that all the time," he reflected. "And usually when he says that I just think ‘Shut the **** up!’ You know what I mean? We are here because we want to be here. We want to win. And it hurts us enough losing without having someone barking at us."

He continued: “The problem with having a young team is everyone gets treated like kids basically. There is a sort of 'teachers' culture - everyone is scared of the coaches and silly things like that.”

As a track specialist, Kenny has come up through the British Cycling system, though since he is a sprinter rather than endurance rider he hasn’t had the opportunities open to others, including Trott, to develop their careers on the road.

Mark Cavendish and Sir Bradley Wiggins, both aiming for places in the endurance squad at Rio, are two riders whose early success came on the track but developed successful road careers and Kenny said that their presence in the current track squad had improved the situation.

“When you have the likes of Cav and Brad back, who are obviously massive and bigger than anyone in the office, then it kind of swings it back to the riders. It kind of gives you a bit more confidence, a bit more swagger,” he added.

Their comments come as Great Britain’s track cyclists head back to the scene of one of their greatest triumphs this weekend with the world championships taking place at the Lee Valley Velodrome, where four years ago they were dominant at the London 2012 Olympic Games.

That came four years after a similarly impressive performance at Beijing, but in the intervening years, other countries have caught up, and in some cases surpassed Great Britain, with Germany and France in the sprints, and Australia in particular in endurance races, likely to provide stern opposition in the coming days.

How Great Britain emerges from a home world championships may not provide a definitive barometer of the performance in Rio – but it should be a strong indicator of the events in which the country can aim for medals this summer.