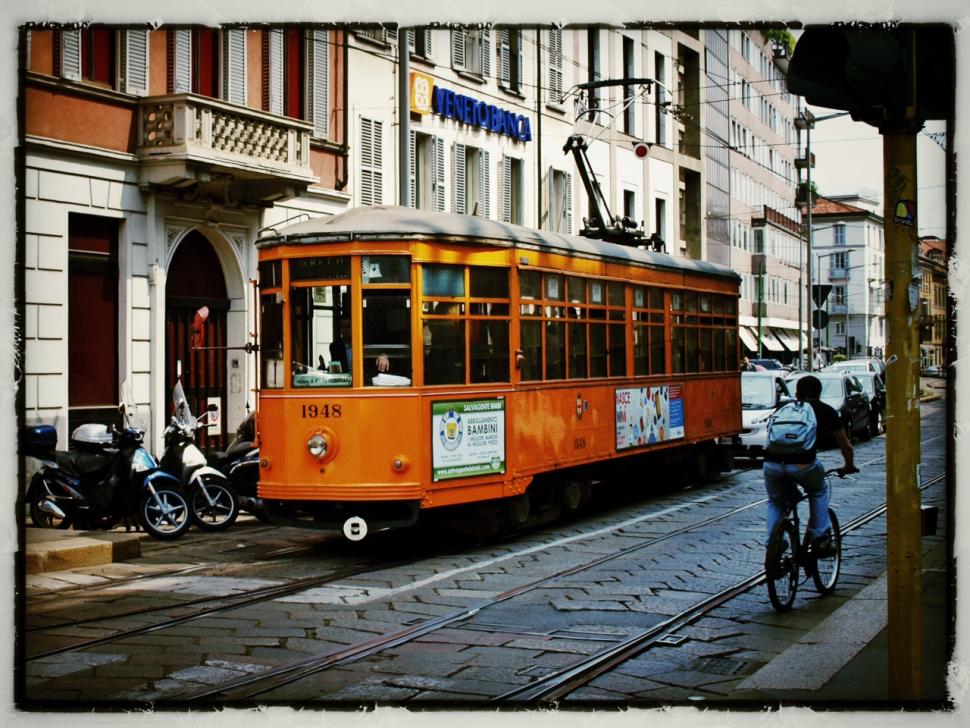 Polluted Milan could pay citizens to cycle to work

The initiative is seen as one option to tackle the city's air pollution woes...
by Laura Laker

Milan would like to pay its citizens to cycle to work in a bid to cut air pollution in the city.

In December a €35m (£27m)  fund was set up by the Italian government for sustainable transport schemes after parts of Italy suffered dangerous levels of air pollution. If Milan's bid is successful over the coming weeks,  the city would follow a French trial from 2014, where employees were paid 25 cents per mile cycled.

However, as the Guardian reports, opinion is split over how effective the scheme will be, with some saying financial incentives are not enough to overcome people’s fear of cycling with motor traffic, and in heavily polluted air. Meanwhile, a recent study shows three quarters of carbon dioxide produced by cars in the South East of England comes from outside of London.

The Guardian quotes Ralph Buehler, an associate professor in urban affairs and planning at Virginia Tech in the United States, as saying paying citizens isn’t enough on its own to encourage cycling.

He said: “If you don’t provide a safe cycling environment, you will only get a very small group of people,”

“Just paying people alone will not have that much of an effect, because you don’t get to that part of the population which are ‘enthusiastic but concerned’.”

Holger Haubold, a fiscal and economic policy officer at the European Cyclists’ Federation, told the Guardian while employers who provide a financial incentive have “significantly more employees cycling to work” he agreed infrastructure is fundamental to a scheme’s success.

He added: “Experience shows that you can make it more difficult for people to drive, but it’s politically easier if you have other options: good incentives to cycle, good public transport, easy to walk.”

In 2012 a congestion charge was introduced in the centre of Milan, replacing an earlier pollution charge zone, covering 8.2 square kilometers and 77,000 residents. It is suggested an app could be used to measure cycling to work, but this could be challenging as bikes travel almost as fast as cars in Milan.

Meanwhile, in Copenhagen, it is cited 56% of cyclists bike to work because it’s quick and easy, 19% for the exercise, and just 1% because of environmental concerns.

Copenhagenize Design Company’s Mikael Colville-Andersen said: “Pay-to-bike schemes are a nice idea, but if the city is clogged with toxic emissions, telling people to get out and cycle in it is a bit ridiculous.”

Milan has started building bike routes, but it seems the city still has a long way to go.

Good design in Milan: cycling is a part of sidewalk but clearly articulated + buffered from vehicles. pic.twitter.com/bp0Ialp2pk HT @gleung0128

A study by Oxford University, published in Transport Policy, reports the population of 12 million people living in the South East outside of London produced 77 per cent of the region’s Carbon Dioxide emissions from cars, while the eight million inside the capital produced just 23 per cent. The study was used to highlight the need to look outside of city limits to improve urban air quality.