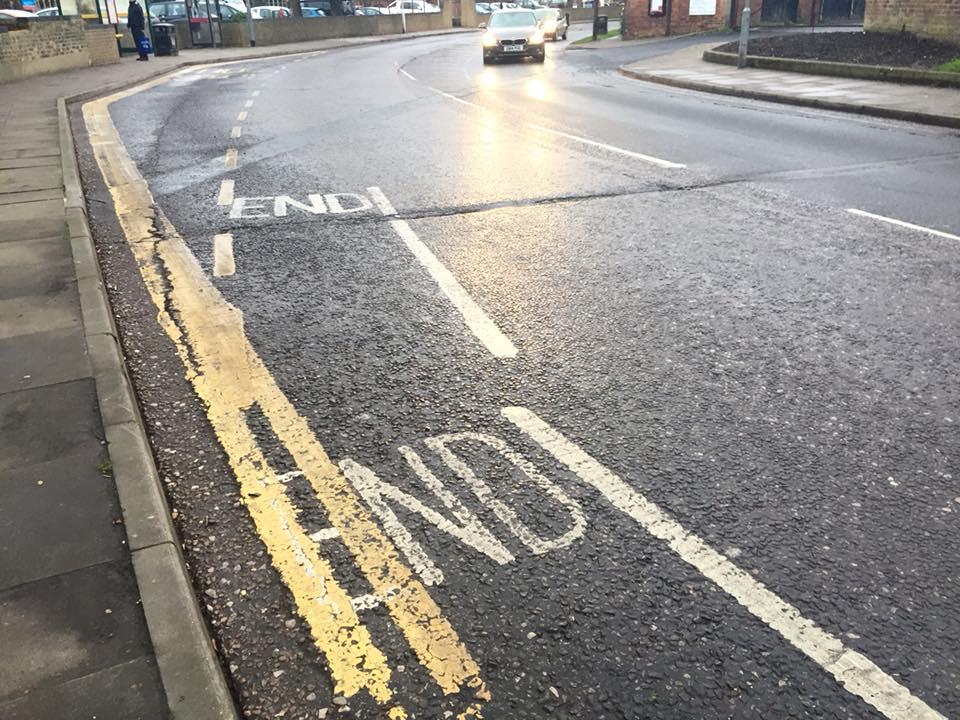 Does Faversham have the UK's worst cycling infrastructure?

One man says Faversham could compete for the UK's worst cycle infrastructure...but can your town top (or bottom) it?...
by Laura Laker

It’s possible all of us, at one time or another, have believed our home town to be the UK’s worst for cycling infrastructure.

However, one man has made the bold move of claiming his town, Faversham, could have the UK’s worst, and has made a small photographic gallery of its offerings as evidence.

It’s a familiar tale: from cycle lanes that disappear suddenly, to bike lane markings that have all but disappeared, Architect and Urban Planner, Tim Stonor, asks “is this typical of UK cycle infrastructure? Or is Faversham exceptional?”

Posted by Tim Stonor for Faversham on Saturday, February 20, 2016

On a Facebook post Stonor, who also blogs about transport and congestion issues in Faversham, describes one bike lane with two “End” warnings painted within feet of each other.

“Of course they refer to the end of a cycle path. But where is the beginning of the cycle path and where are the parts of it between the beginning and the end? This may sound like a silly set of questions but go and look for yourself. It's actually rather shocking.”

Stonor criticises fragmented cycle lanes around Faversham and says a policy change is needed to tackle the town’s congestion problems and get people out of their cars.

He says: “Faversham could compete for the worst cycling infrastructure in the UK. But is this an award we would really want to have?

“If Faversham wants to tackle its traffic problems then encouraging walking and cycling is critical. Our current performance is woeful – we need *significant* change.”

Kent County Council is the local roads authority and so is also responsible for cycle infrastructure. However Faversham councillors last year said they wanted to keep the town centre free from “arrogant and fast” cyclists and wanted instead to encourage slower cyclists “who amble gently through the town”. Some argue the current infrastructure is preventing all but the fast and brave from cycling.

“I have stopped taking my daughter to nursery by bike - it is a genuinely scary experience - and I won't be letting our older children cycle on the road here until it improves. Totally agree, that with the lack of infrastructure, and the speed and entitled attitudes of drivers (myself included again!), that Faversham is the worst place for cycling I have ever lived.”

Where Faversham is accused of too little paint for cyclists, it’s under pressure from other quarters to remove yellow lines which one campaign group says “scar” the historic town.

Join in the discussion - we know you won’t let us down. Show us what your town is made of (or not, as the case may be).

Correction - this article said Swale Council did not immediately respond to request for comment. The local roads authority is Kent County Council and we have since been in touch for comment.