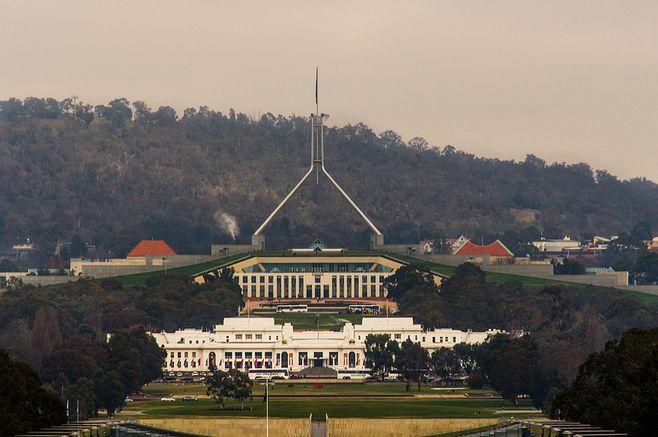 Expert to be consulted on whether to remove requirement in "low speed environments"...
by Simon_MacMichael

Australia’s capital city, Canberra, could relax its compulsory helmet law under its latest Road Safety Action Plan, unveiled today, according to a report from Canberra Times – but only in limited, “low speed environments.”

The possibility that people on bikes could be allowed to go bare-headed in certain situations is one of a number of measures outlined in the document as the Australian Capital Territory (ACT) government seeks to reduce road traffic casualties.

The ACT government’s Road Safety Action Plan 2016-2022 cites research claiming that after Australian states implemented mandatory helmet laws between 1990 and 1992, there was a fall in the number of cyclists who sustained head injuries in road traffic collisions.

But it also cited a study by Professor Chris Rissel of the University of Sydney who said that 23 per cent of adults living in the city would ride a bike more if they were not required to wear a cycle helmet.

He said that just a 10 per cent rise in the number of people cycling “would significantly reduce traffic congestion with a corresponding reduction in road safety risk as a result of having fewer cars on the road.

“The health benefits from recreational exercise and environmental gains from reduced CO2 emissions would also be substantial.”

The state government said that greater use of sustainable transport as “a key goal,” and one that “also results in corresponding safety benefits.”

It now plans to undertake an  expert consultation “to investigate and assess the situational risk of allowing people to ride a bicycle without a helmet in parks, town centres and other low speed environments such as shared zones and university precincts.

It added: “This work will also examine the benefit that may arise from an increased participation in cycling, including any effects on traffic congestion, transport emissions, road safety and public health.”

ACT Road Safety Minister Shane Rattenbury said: "There is clear evidence that wearing bicycle helmets does reduce the rate of head injuries, there's also evidence it can reduce the amount of people who cycle.

"The ANU [Australian National University] campus in the city … is all a low speed environment and we can imagine a scenario where people would move across campus or ride to a meeting across the city without having to wear a helmet."

It’s probably far too early to see the proposals as heralding the beginning of the end of compulsory helmet laws in Australia, the first country to introduce such legislation and subsequently followed by New Zealand as well as some states in the USA and provinces in Canada.

"We're not talking about someone who's going to be commuting in from Weston Creek to the university, they'll have to wear a helmet, it's a higher speed, higher risk environment," Mr Rattenbury said.

In other words, while cycling without a helmet may be allowed in certain places, it’s likely that for many riders, the route they would take there would mean they would still be required to wear one to comply with the law.

Elsewhere in Australia, cyclists in New South Wales breaking the law by riding without a helmet now face a fine of A$319 and are also required to carry identification.

Other measures being implemented through the ACT Road Safety Action Plan include harsher penalties for motorists illegally using handheld mobile phones at the wheel, including to send texts or check social media accounts.

"An emerging issue for us is the increasing level of driver distraction arising from people inappropriately using mobile phones while driving," added Mr Rattenbury.