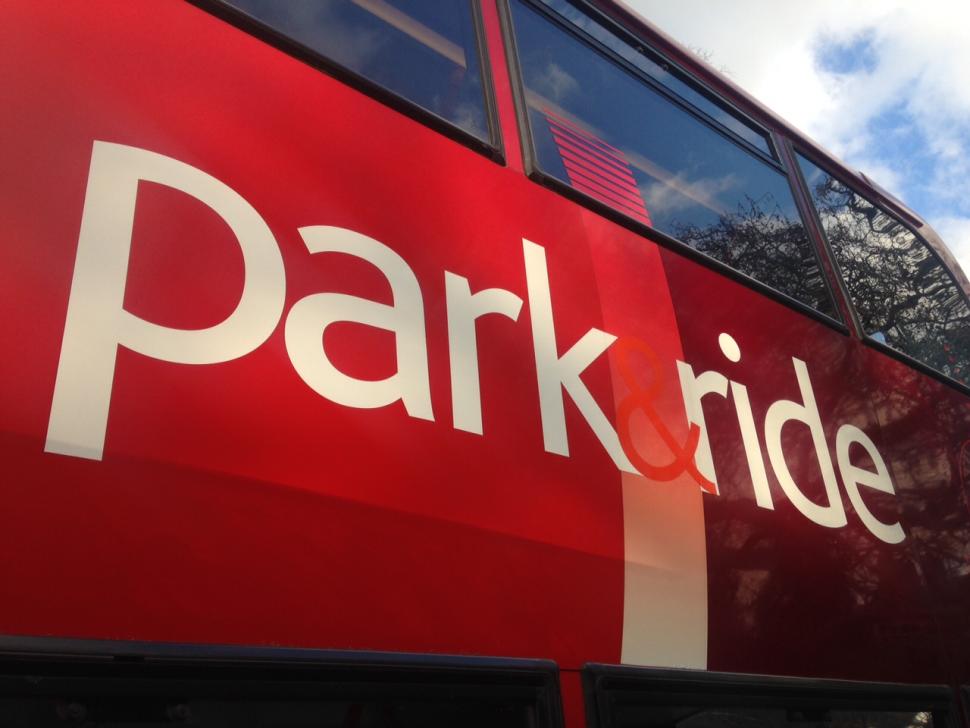 Cambridge could become home to the world’s first public “Park & Cycle” scheme in a bid to cut traffic congestion in the city and encourage commuters from outside to choose bicycles or public transport for the last leg of their journey.

The proposals are among several options included in a consultation that has been launched by Greater Cambridge City Deal on a new Western Orbital bus link between Trumpington and Madingley Road that would run on, or alongside, the M11.

The consultation, open until 21 March, includes proposals for what is being hailed as a “world first” Park & Cycle site at Junction 12 of the motorway.

It also outlines an option for a £30 million segregated bus and cycleway next to the M11 between Junctions 11 and 13. Improvements for cyclists are also proposed for Barton Road.

The University of Cambridge has, since 2001, operated a Park & Cycle facility at its West Cambridge site, but access to it is restricted to university staff working in the city centre.

“It works in the same way as a Park and Ride but with bikes,” says the university’s estate management office.

“Essentially a user can drive to the Park and Cycle area, park their car, take out their bike from an individual locker and cycle the rest of the way to work. Water proof clothing and cycle helmets etc can also be stored in the lockers.”

Currently there are 300 lockers and 292 cycle parking spaces.

The proposed M11 Park & Cycle facility would operate along similar lines with motorists able to bring their bikes with their cars, or leave them in secure parking facilities overnight.

While some Park & Ride locations already have provision for cycle parking – two locations in Cambridge, at Trumpington and Babraham Road have 250 spaces apiece –  it is claimed that the proposed Park & Cycle site would be the first public facility of its type in the world.

Councillor Lewis Herbert, Chair of the Greater Cambridge City Deal Executive Board, said: “We all know how congested the centre of Cambridge can get, so if we are to continue to grow we must find ways to make it easier to move around the city.

“The idea of the ‘Western Orbital’ bus service, on the M11 or a segregated bus and cycleway next to the motorway, could provide an alternative way to work for residents throughout South Cambridgeshire.

“We are also putting forward ideas for a new Park & Ride site plus a world first ‘Park & Cycle’ to meet the needs of commuters.

“We believe express bus links from these new sites connecting the developments in the west of Cambridge to the Biomedical Campus and Addenbrooke’s Hospital will greatly assist the way traffic and people move around the city.

“Our suggestions are at the earliest stage of development which is why we’re keen to hear people’s views now as we move forward so please take the chance to get involved either online or via the leaflet.

“These are very exciting times for Greater Cambridge and by working together we can make sure we deliver the best infrastructure possible for our residents, communities and businesses.”

Much of the focus is on building houses and infrastructure to serve a growing population with transport initiatives focused on tackling already high levels of traffic congestion in Cambridge itself by providing alternatives to car use for those commuting into the city from outside.

1
Southampton bike lane to be ripped out after Tories win control of council
2
Jeremy Vine accused of 'bullying' Anti Low Traffic Neighbourhood group
3
Motorist ordered to pay cyclist he injured in road rage attack £2,000
4
NHS worker who was left for dead watched motorist that hit him drive away
5
Win! Over £500 worth of Van Rysel clothing, carbon cycling shoes + more from Decathlon must be won in our latest mega comp
6
New Forest sportive cancelled after Forestry England threatens legal action
7
Near Miss of the Day 581: “I really did fear for my life” – Driver nearly hits cyclist head-on (includes swearing)
8
Five cool things coming soon from Rapha, Gaerne, Roka, Repente and Galibier