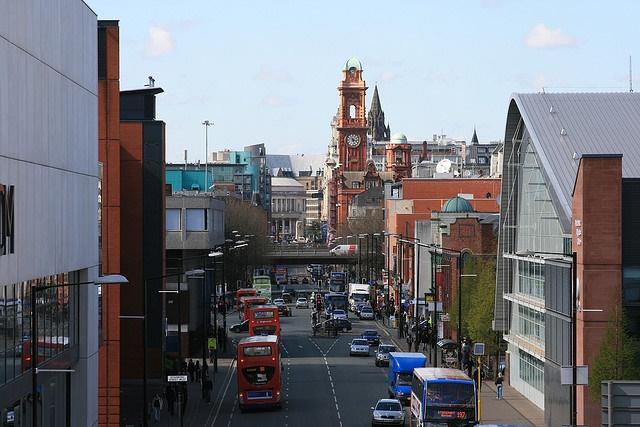 Manchester is currently experiencing road works in a number of locations, including major changes on Portland Street as part of the bus priority scheme. The sinkhole that opened up on the Mancunian Way has been causing significant disruption in particular with a major tunnelling project underway to build a new sewer.

Video: Driver in Whalley Range "swerves to avoid cyclist" – what do you think?

Stringer, the MP for Blackley and Broughton, told the Manchester Evening News that bus lanes were ‘a money-making racket’.

“I think we should suspend bus lanes until Mancunian Way is sorted out – and do an objective report on bus lanes. Evidence so far is that bus lanes are damaging the economy and making travel times slower for everybody.

“Bus lanes are causing havoc and congestion not just in the city centre but all over Manchester. Is it responsible to spend such large quantities of public money without any external assessment of their effectiveness?”

Clearly not of a mind to temper his opinions when speaking to the press, Stringer went on to accuse Transport for Greater Manchester of ‘vandalising the economy and our transport system’.

A spokesman for TfGM was quick to point out that almost a third of Greater Manchester’s population doesn’t have a car.

“Buses are able to carry a significantly higher number of passengers and therefore maximise the efficient use of road space to and from the city centre. A bus occupies the same amount of highway as two or three cars but is able to carry up to 70 passengers.”

Councillor Kate Chappell, executive member for the environment, said that nearly two thirds of commuters travelled into the city centre on public transport and suspending bus lanes would therefore have a significant detrimental effect on a large number of people.