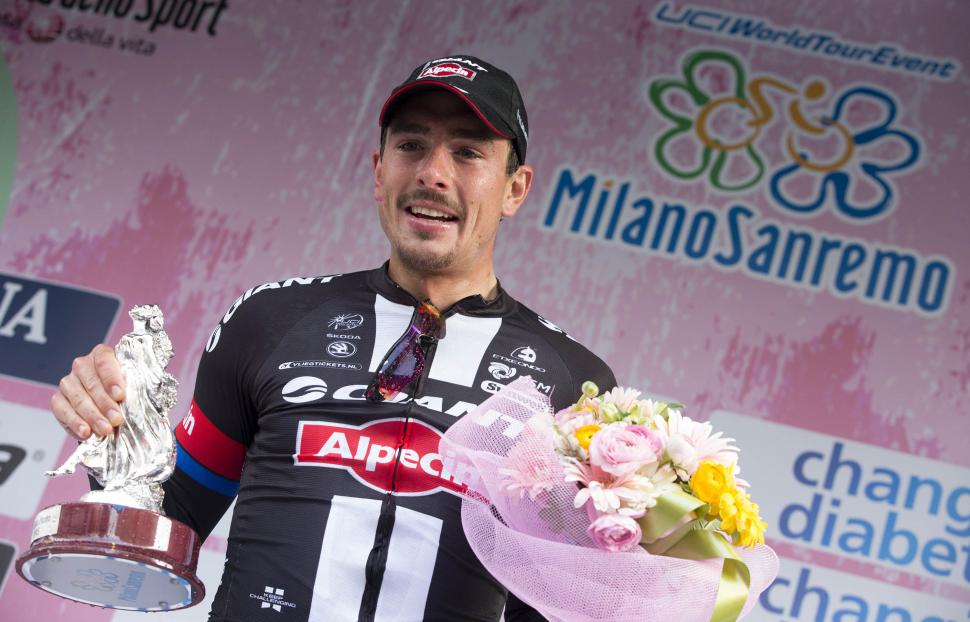 John Degenkolb will need at least three months to recover from the injuries he sustained on Saturday when a motorist drove into a group of Giant Alpecin riders on a training ride, meaning he rider will be unable to defend his Milan-San Remo and Paris-Roubaix titles.

The news was revealed by world-leading reconstructive surgeon Pedro Cavadas, who operated on the 27-year-old in Manises near Valencia on Sunday including reattaching the index finger the German cyclist nearly lost in the crash. He also sustained a fracture of his left radius.

Cavadas, who in his career has led the first double hand and double leg transplants, said that Degenkolb’s recovery “is progressing well” and that “theoretically he can return to competition in three months.”

However, he added that as an elite athlete, “his recovery time will be a little longer than for other patients,” reports Spanish sports website AS.

Degenkolb was one of six Giant-Alpecin cyclists hospitalised after the incident which happened when a car being driven on the wrong side of the road by a 73-year-old British woman crashed into the group.

The motorist, who has not been named, has been charged by the Spanish authorities with reckless driving.

Besides Degenkolb, who will reportedly return home to Germany later this week to continue his recovery, the American rider Chad Haga who sustained injuries to his neck and chin as well as a broken eye socket also remains in hospital.

The other members of the team injured in the incident – Warren Barguil, Max Walscheid, Fredrik Ludvigsson and Ramon Sinkeldam – were treated in hospital on Saturday and discharged the following day.

Degenkolb’s victories in Milan-San Remo and Paris-Roubaix in spring last year made him the first rider to win both Monuments in the same season since Ireland’s Sean Kelly did so in 1986.