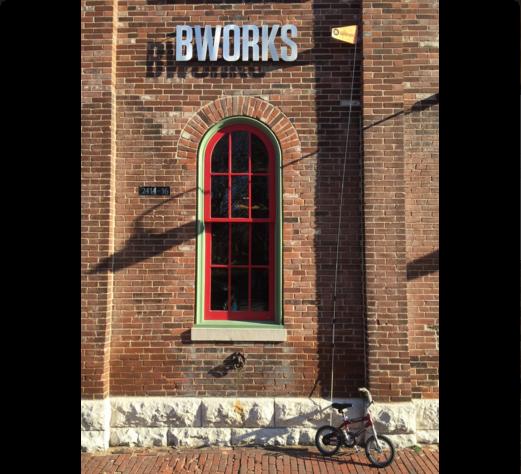 The law, though unlikely to make the statute books, is the latest in a long line of kooky rules attempted for cyclists
by Laura Laker

America is home to many things good and bad, including any number of odd laws – or attempts at laws - relating to cycling. While most never make the statute book they nonetheless seem to come up with regularity.

The latest, a House Bill proposed by Missouri’s 10th District Representative Jay Houghton, could make riding into the wind tricky: Houghton has proposed all cycles, if riding on a “lettered county road”, the US equivalent of B roads, should bear a fluorescent flag at least 15 foot high. Not just any flag, though - a fluorescent orange one.

Blog cyclelicio.us points out this is taller than the clearance of many bridges, not to mention the risks it could pose to riders passing above-ground electrical utilities. One bike Missouri bike shop has rigged up a compliant flag for illustration (on a kid’s bike).

@cyclelicious -- the folks @StlBicycleWorks made a 15' pole today to show ridiculousness of MO bill. pic.twitter.com/FAjeCB0XvV

Cycling with earphones made illegal in California

According to the Missouri Bicycle and Pedestrian Federation, this is just the latest action in the state “couched in the language of reason” but intended to keep cyclists off the road.

In a statement released on its website, the Federation said: “Like the proposal a few years ago by a predecessor to Mr. Houghton, which would have required all bicyclists to wear hi-vis jerseys, and the proposal last year to require all cyclists to carry liability insurance,  the bill is couched in language of safety and reasonableness, but in reality it will not help the safety situation for bicyclists or drivers, will be impossible to enforce and comply with, and is intended as another backhanded way to keep cyclists off the road.”

Houghton, who also tried to ban cycling altogether from highways in 2013, told the Federation: “I understand your concerns, but the people of my district have asked me to file this legislation in an attempt to make their rural roads safer. These roads have no shoulder, sharp curves, and steep hills.

“My constituents, who drive these roads daily, feel this is a good idea. It not only protects automobile drivers, as well as bicyclists. I believe in freedom, and this bill in no way restricts your freedom to ride on the roads. It simply requires you to have a flag, just like 4-Wheelers are required to have.”

The website Iamtraffic.org lists common laws across US states affecting cyclists, including those forcing those on bikes to ride far to the right to avoid obstructing motor traffic, to those making riding two or more abreast illegal.