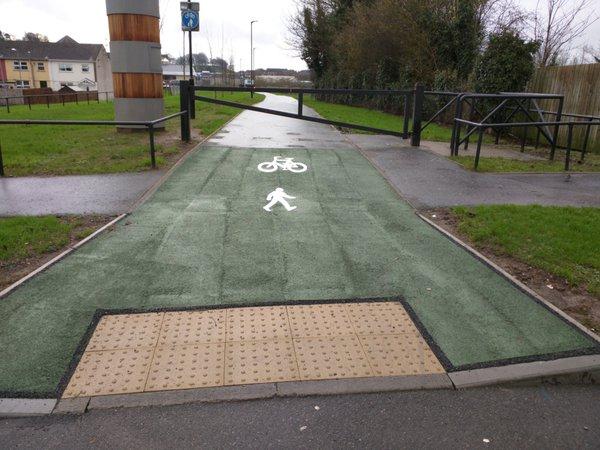 Twitter can be a harsh proving ground for any company - not least for all things cycling - the Niceway Code being a recent example.

So when AG Wilson Engineering posted a picture of what it called another “successful” greenway in Northern Ireland, with a barrier entirely blocking it, the results were, perhaps, predictable.

Perplexed cyclists jumped in to ask how to use the path, which is blocked by a long metal gate, with a chicane barrier to one side.

Many questioned how the greenway constituted a success given the apparent access issues, and say the large barrier and chicane combination make the route inaccessible for those on non-standard bikes including disability bikes, cargo bikes, tandems and tagalongs.

If @agw_engineering use this image to show success, I'd hate to see what failure looks like. pic.twitter.com/fwDFp8fldN https://t.co/nLsiLlaoEo

Some wondered who the scheme was actually designed for, and whether there had been a mistake. It is unclear if AG Wilson is responsible for the gate itself.

@agw_engineering When does the big barrier in the middle of the cycle path get removed? @nigreenways

.@agw_engineering Erm. Go on, tell me how someone on a bicycles gets through there? @nigreenways

There was sarcasm aplenty.

@agw_engineering @nigreenways "Why do cyclists use th road when there's a cycle path?" <Looks at that photo> Oh yeah. That. #crapcyclelanes

@agw_engineering @nigreenways A bit muddy beside the gate. You might need more metalwork to stop people using it.

Before people started to get creative with possible solutions, including developing Danny Mackaskill-level stunt skills.

Something some brave souls suggested they’d try it out, with different approaches.

The "here’s how it should be done, kids".

AG Wilson did not immediately respond to request for comment.