Strava Insights for 2015 reveal that cyclists in the UK uploaded more than 23 million activities to the ride-tracking app and website, with the busiest day surprisingly being a Tuesday – although that day, 30 June, coincided with a 24-hour walkout by London Underground staff.

Cracking weather, plus the fact it remained light well into the evening are likely to have boosted the number of Strava users who decided to take to two wheels for their commute on 30 June when RMT and TSSA union members stages a 25 hour walkout on the Tube.

The sheer volume of Strava users in the capital – more than four times as many activities were logged in the capital during the year than in the next most popular location, West Yorkshire – may have skewed the figures for that day, too.

The main picture above is a heat map showing all activities in the UK in the past 12 months.

Worldwide, more than 115 million rides were uploaded during the year with an aggregate distance in excess of 4 billion kilometres, with Sunday 7 June the most active day. 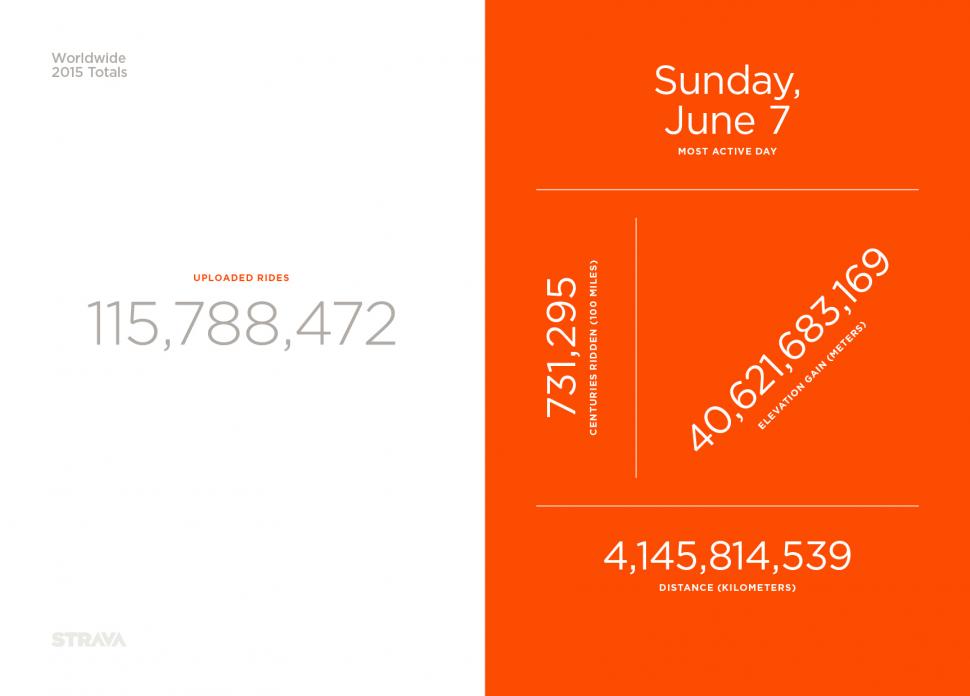 One in five rides logged globally were in the UK, for a total of 23 million, with nearly 685 million kilometres ridden. In a typical UK ride, men rode further and faster than women, and climbed more – but females spent longer in the saddle. 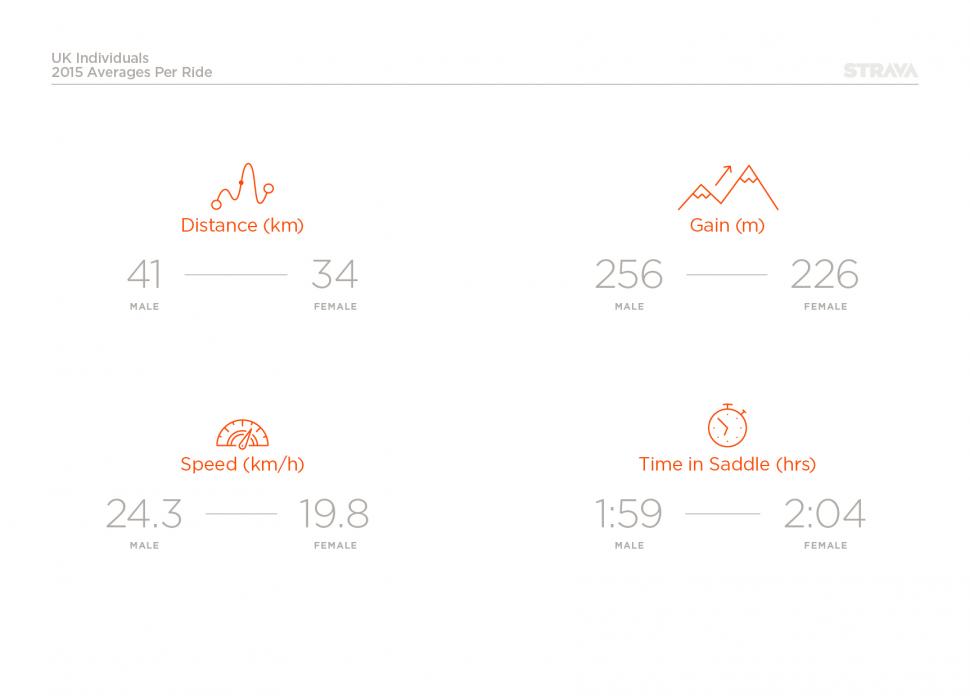 Cumulatively during the year, however, men in the UK put in more than twice as many kilometres as women did. 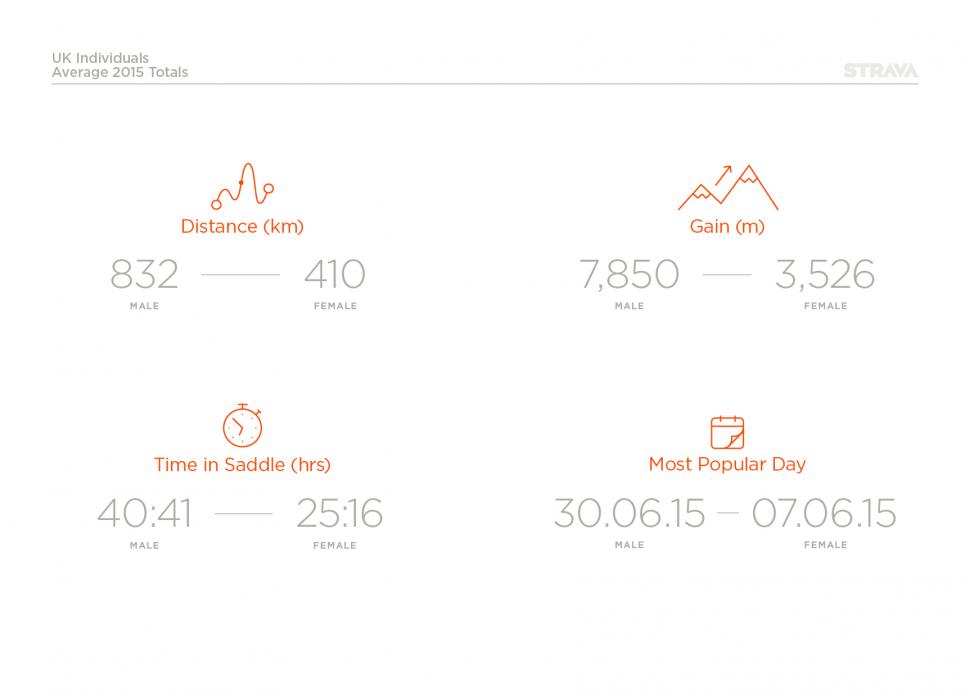 The flat landscape of the east of England helped cyclists in Lincolnshire and Cambridgeshire put in the fastest average speeds across the year, the two counties split only by Warwickshire. 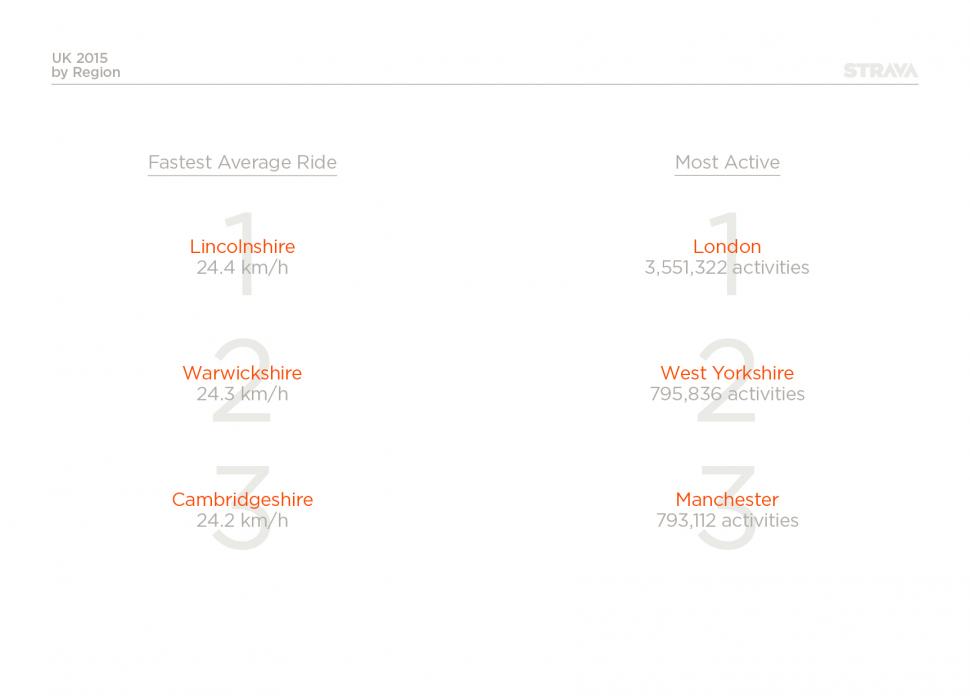 By region, rides in South and Mid-Wales saw the highest average height gain across the 12 months – we imagine that riders from elsewhere taking part in events such as the Dragon Ride, which is based in Port Talbot, may have boosted the figures there. 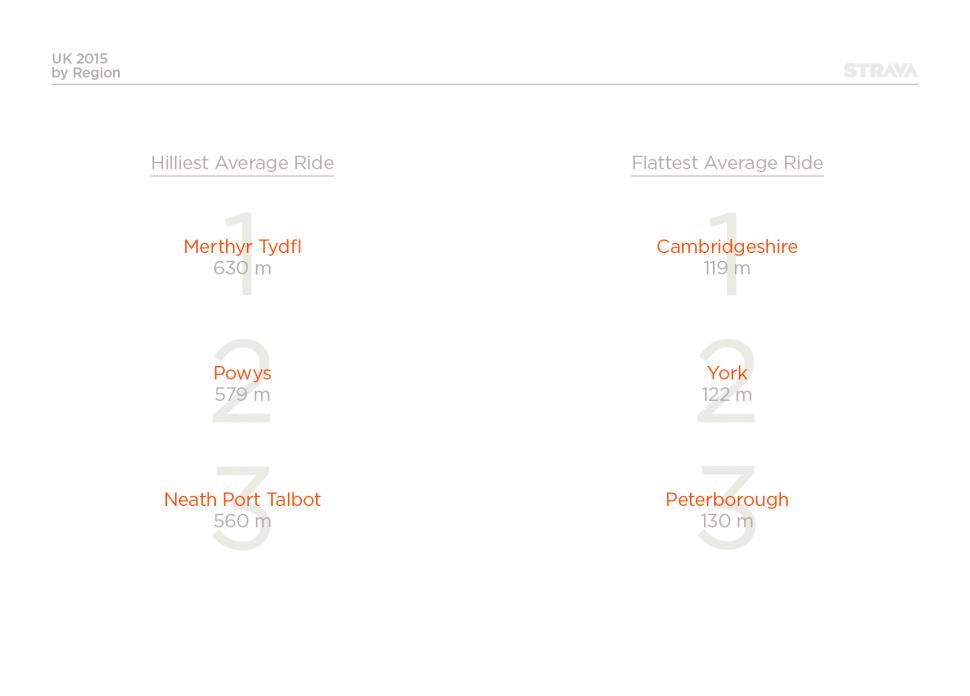 Wales also had the top three areas when it came to average ride distance, while the lowest were in London, Glasgow and Edinburgh – the latter due to a combination, we assume, of geographical area and the commuting effect. 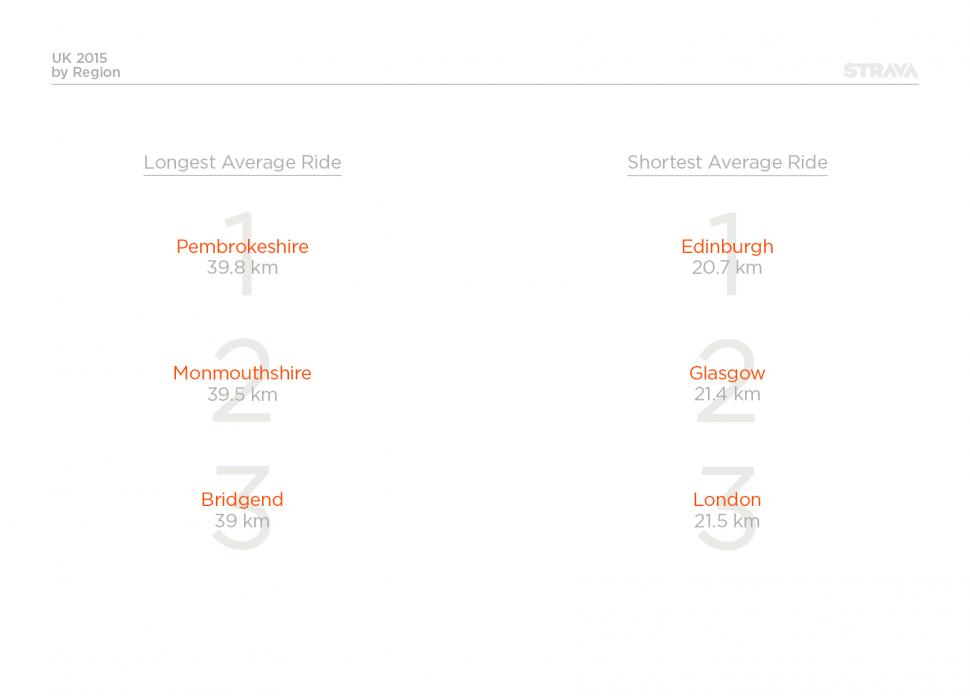 The most popular day for commuting, unsurprisingly, was Tuesday 30 June with total distance ridden breaking the 1 million kilometre barrier – most of that in London due to the Tube strike, we’d guess. The average ride to work takes a shade under 40 minutes at a speed just under 24kph – but half of cycle commuters leave the bike at home in the winter months. The top 10 segments were all in London or Surrey with the exception of Ditchling Beacon on the South Downs in East Sussex, which rounds off the list. The UK’s biggest mass participation event, the RideLondon-Surrey 100, may be a factor here – but even so, the ascent of number-one placed Sawyers Hill in Richmond Park was ridden an average of 639 times a week. 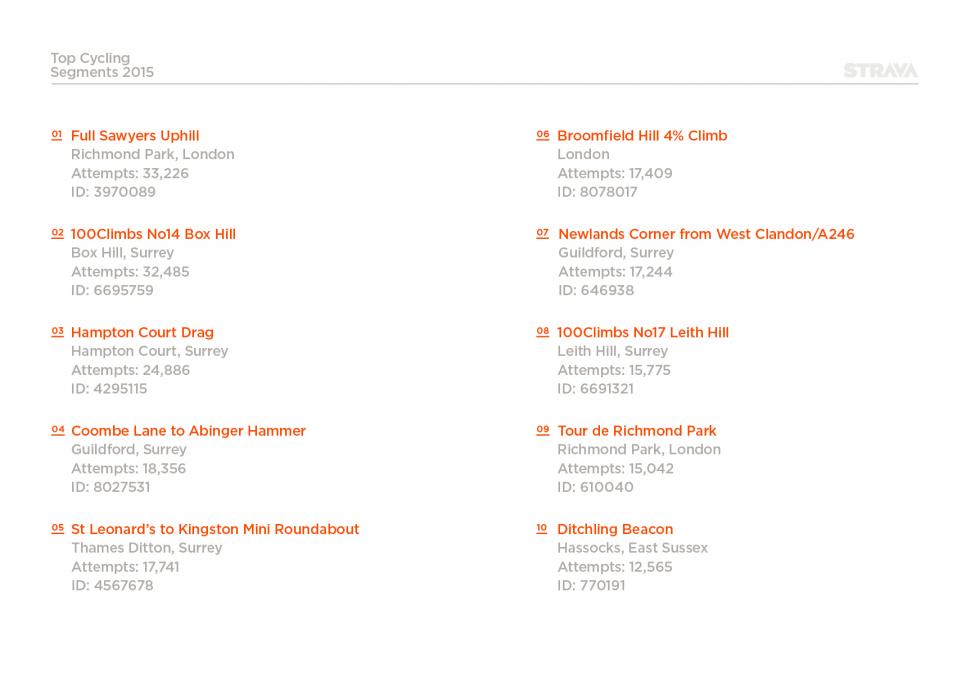 If you want to see how your figures stack up against the ones shown here, don’t forget you can check out your own year in an animated film – more details here.