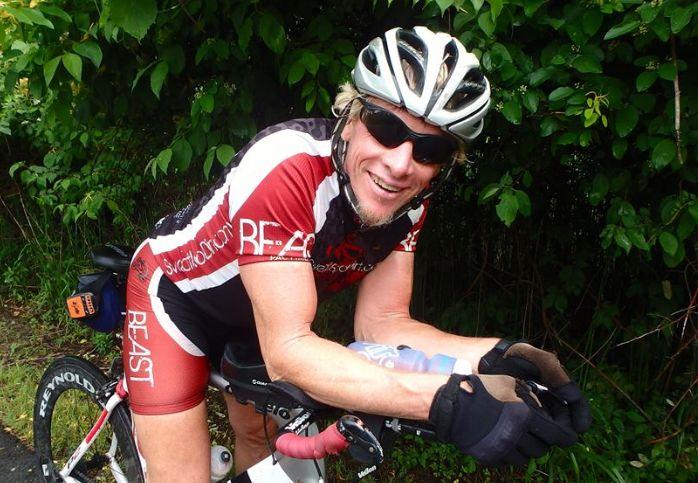 American ultracyclist set to beat 75,065 miles ridden by Tommy Godwin in 1939
by Simon_MacMichael

Barring a last-minute hitch, the American ultracyclist Kurt Searvogel will today surpass the ‘unbreakable’ record for the greatest distance ridden in a year, set by the British rider Tommy Godwin in 1939, when he rode 75,065 miles.

The rider, aged 53, has around 140 more miles to ride to break the record and will do so with five days to spare, having set off on 10 January last year.

That was 10 days after the UK’s Steve Abraham set out on his own attempt on Godwin’s record, but his plans received a huge setback in late March when he was hit by a scooter rider.

The time he took to fully recover and the riding time he lost as a result put the record out of reach during 2015, although on 8 August, once he had regained full fitness, he launched a second attempt.

London-based bike mechanic Bruce Berkeley is also having a crack at the record, with his attempt starting on New Year’s Day last Friday.

>> London-based Bruce Berkeley to take on Year record in 2016

Searvogel, nicknamed Tarzan, took the briefest of breaks from his record attempt to get married to his crew chief Alicia in October. He still managed 175 miles that day.

>> Kurt Searvogel takes time out to get married

The couple will be having a beer or two this evening, with a party being thrown to celebrate Searvogel’s achievement at the Glory Days Grill in Tampa, Florida.