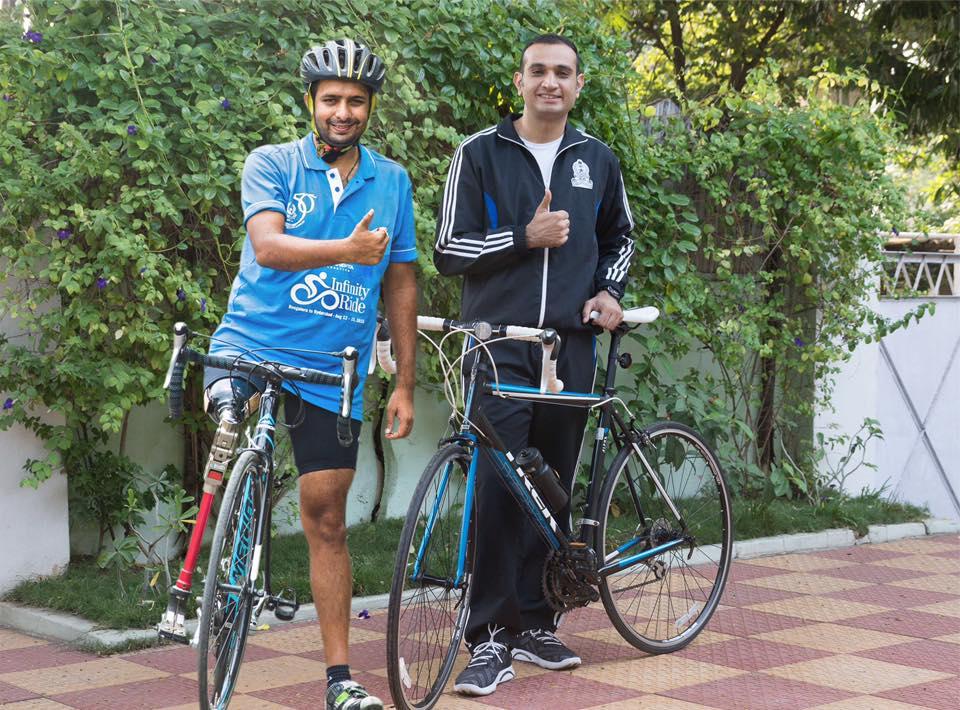 Amputee Aditya Mehta cycled from Delhi to Mumbai without his prosthesis, to raise money for para-athletes and amputees
by Laura Laker

A para-cyclist has today completed a 1,450 km cycle along the length of India from Delhi to Mumbai in two weeks, using just one leg.

Aditya Mehta, an above the knee amputee, is raising money for his Aditya Mehta foundation, which provides para-athletes and amputees with prosthetic limbs. He undertook the same ride in 2013 with his prosthetic leg, but completed the challenge this time pedalling without it, pushing and pulling the pedal with just one leg.

Mehta began the ride on 1 December and finished today in Mumbai, averaging 300km per day. He says support from fans has given him “immense happiness”.

On a Facebook post written yesterday, the penultimate day of the challenge, Mehta thanked his friends and supporters, whom he says helped him complete the ride. He said: “Folks I can’t express my joy in words. Your wishes have given me immense happiness, tears of joy and peace. We are successfully heading towards the last phase of this ride. And the response my Nation has shown, is incomparable.”

The ride was also intended to inspire people to join the Manali-Khardungla, Infinity Ride in 2016, which will also be ridden by Mehta.

Mehta lost his leg in a bus collision in Hyderabad. Since then he has completed a number of cycling challenges including becoming a double silver medallist at the Asian Para-cycling Championship in 2013.