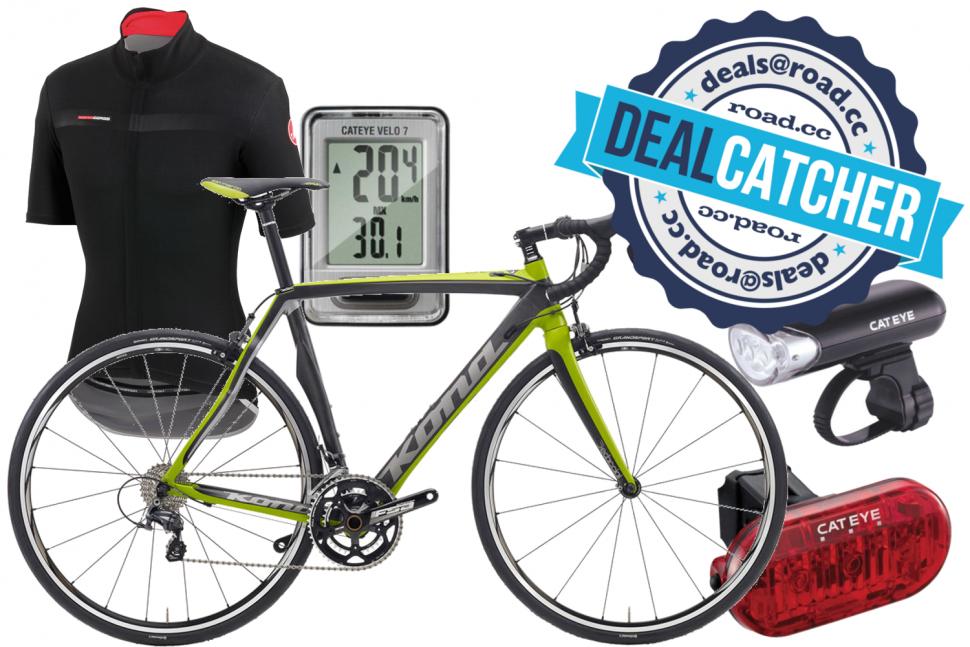 Great cycling deals on Castelli Gabba 2 and Kona Zone One

The DealCatcher's got some smashing cycling bargains for you all this afternoon! With over 50% off a Kona Zone One, and a set of CatEye lights and a computer we've got

potential Christmas gifts galore for you!

2 short sleeved rain and wind jersey completes the set of three cycling deals in today's deal collection, and if you're after a little more protection from the elements, you really can't do much better.

Without any further ado, let's let the deals loose! 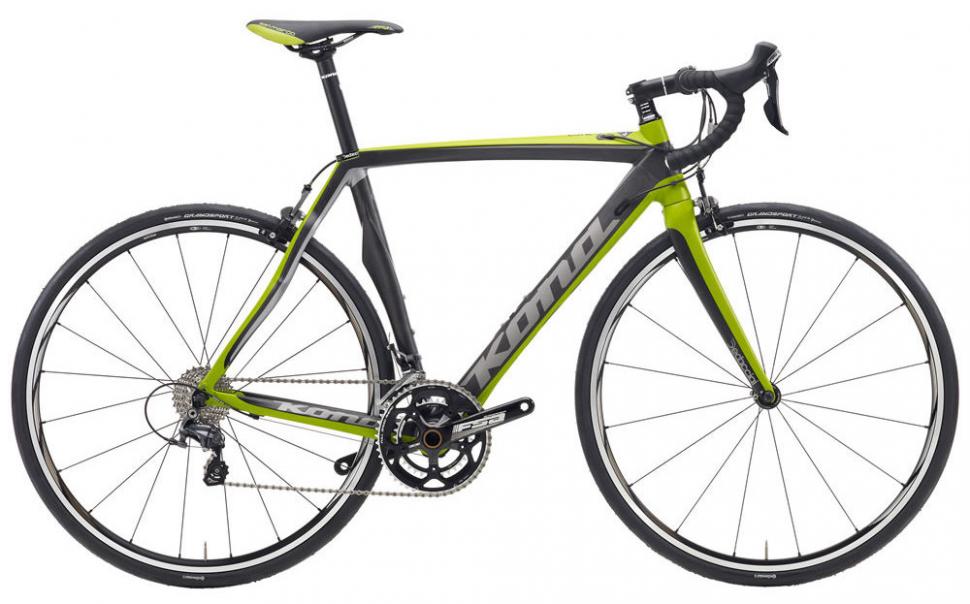 Here you have a solid deal in the mid-range endurance bike carbon fibre market.

The tapered head tube and carbon fork give the bike's handling a boost, while the frame, which

weighs in at under 1kg, also helps. because it performed significantly better.

The Gabba 2 is the upgrade to the jersey that made waves in the pro peloton, and it performs incredibly well.

So much so we gave it a 9/10 when we reviewed it back in September. Finally, grab an incredible bundle deal from the guys over at Hargroves Cycles.

You'd do well to find a bundle that includes a full bicycle's worth of lights, and a basic computer for just over £20.

The Velo 7 computer will give you speed, distance, and time data directly while you're riding, in your cockpit.

Quite the bargain, really.

1
Cyclist sprints away from knife-wielding mugger – and warns others to be vigilant
2
Near Miss of the Day 669: Cyclist confronts driver after 'worst overtake I've ever seen'
3
Road rage driver who rammed and killed cyclist and then boasted about it jailed for 10 years
4
New Zealand MP goes into labour, cycles to hospital to give birth
5
Mark Cavendish reveals ‘hole behind heart’ after serious crash in Belgium
6
Row over Dorset cycle lane that drivers claim is “too wide”
7
Brazilian speedster aims to hit 300km an hour next year to become world’s fastest cyclist (+ video)
8
Near Miss of the Day 665: "Probably the closest I've come to being wiped out for a while”